Let's begin today with a "new" discovery I made in the old FAOW #65, p.75 where the markings of the 59 Sentai are discussed. A photo is featured of an intact combat (not damaged or captured) aircraft, where the band in the horizontal surfaces is clear beyond any doubt. The photo (Haya21) was taken in Bandoeng (present-day Bandung) airfield, Java, in July 1942. Note the absence of fuselage hinomaru. 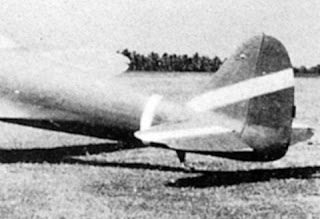 According to the caption, this band was applied to ease recognition during air battles. I believe this photo proves beyond any doubt that the unit used this band as an additional recognition marking.
The great Watanabe Rikyu illustrated Nango's "Hayabusa" accordingly (Haya22). 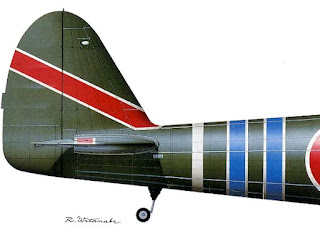 Thank you very much Ed DeKiep for pointing out this very interesting detail and instigating this research. Appreciated.
There are two photos (Haya23 & 24) in the AWM collection of a different 59 Sentai "Hayabusa"... 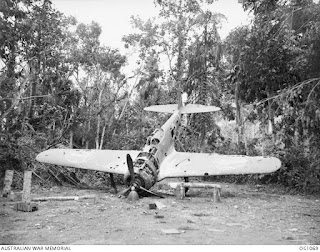 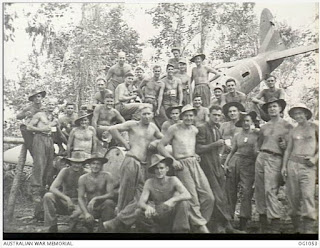 ...another photo (Haya25) of a much more heavily wrecked aircraft. 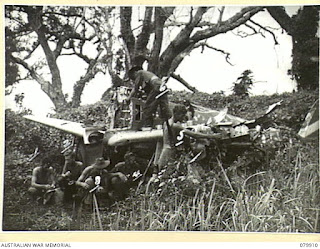 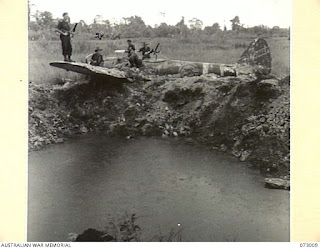 Moving on, I would like to present another photo (Haya27) I discovered on-line of Capt Matsuo's "Hayabusa". 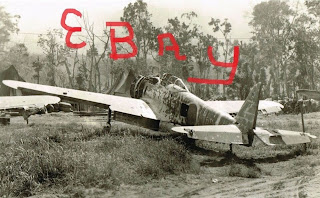 And another (Haya28) showing the two aircraft in the famous colour photos. 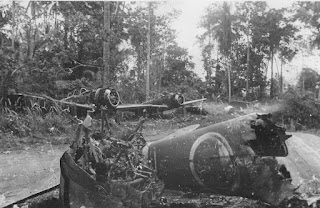 Yet another on-line photo (Haya29), shows the whole setting of the deplayed captured aircraft from a different angle revealing some interesting details. 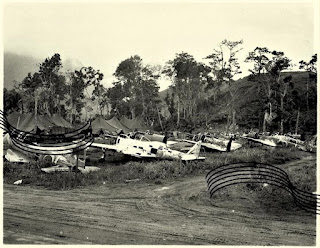 The "Hayabusa" on the right side of the "Sonia", belongs to the 248 Sentai. More about the unit etc, here.
It is the same aircraft seen in this photo (Haya30). 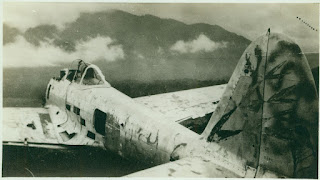 The serial number is visible and is "5894" (is it a "9"?). Note the very light camouflage.
The "Sonia" in the foreground is this one, here.
Here's another photo (Sonia1) I recently discovered on the net. Note two more "Hayabusa" in the background. 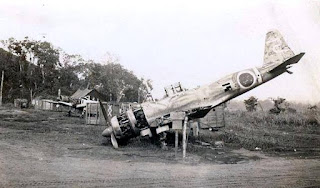