A set of photos from vintage publications offering multi views of the aircraft at different times of its development. Most of the surfaces of the main wings were fabric covered and these areas were painted in bright red colour so that the plane could be easily spotted in case of an emergency landing. To reduce weight and drag Koken-ki didn't have a conventional canopy but a small retractable windshield and a hole from where the pilot stuck his head out during take-off and landing. During flight there was no forward visibility for the crew. The pilot had only view from the small side windows. The plane didn't also carry any radio since they were particularly heavy in the 30s and would require antennae. Nonetheless the three- man crew needed provisions for the 65 hour flight and therefore special care was taken to wrap and preserve 62.5kg of food and drinks. 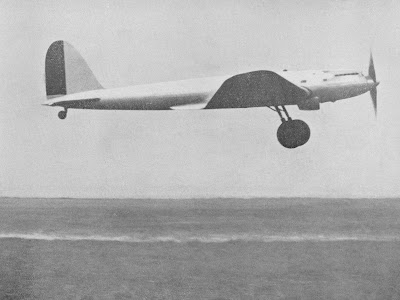