On the morning of May 13, 1938, at 04:55, Koken-ki took off from the Naval air base in Kisarazu to begin the record breaking flight. The crew members were all IJAAF officers and served with Army Air Technical Research Institute in Tachikawa. Major Fujita Yuzo was the pilot, Master Sergeant Takahashi Fukujiro was his co-pilot and Sekine Chikaichi was flight engineer.

Major Fujita Yuzo was born on February 19, 1898 in Hirosaki (don't be taken aback by the city's flag!), Aomori pref. In 1921 graduated from the Army's Officer School with the rank of 2nd Ltd with the artillery. Five years later became pilot instructor in the Tokorozawa Army School and although he suffered from astigmatism he overcame this physical impediment becoming chutai-cho with the 5th Rentai in 1932 and then with the 10th Rentai. A veteran of the Manchurian Incident joint the Research Institute in Tachikawa in 1934. A year later test flew a Kawasaki KDA-2 Reconnaissance fitted with skis over Aomori.
Iinuma Masaaki was to become co-pilot for the Koken-ki flight but he was too busy and famous with the Kamikaze-go flight. Instead Master Sergeant Takahashi Fukujiro, a student of Fujita in the Tokorozawa school and a sub-instructor of the Akeno fighter school at the time was chosen by Fujita to become his co-pilot.

Nine months after the record breaking flight Fujita and Takahashi were on their way to the China front to instruct Army pilots the technical details of very long distance flights. Their aircraft was a Br.20 which took off from Kagamigahara on January 31, 1939 aiming to reach Hankou in China on a 3,000km non-stop flight. Unfortunately they run into bad weather and dense fog and overun their target by about 170km where they run out of fuel and had to make an emergency landing. The details of the fate of the two and the five other crew members are not exactly known since there were no official reports but according to rumours Fujita and Takahashi committed suicide after they got off the plane and were surrounded by Chinese troops.
Their funeral was held on June 14, 1939 at Tachikawa airfield. On that day the Koken-ki took off from Haneda and flew over Tachikawa with Iinuma in the controls.
Sekine survived the war and lived a long life. 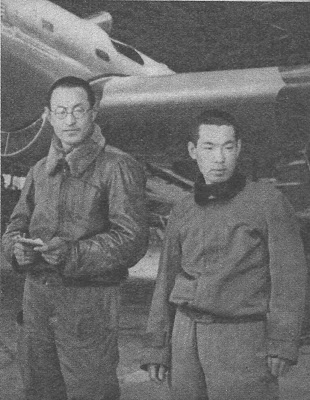 Major Fujita Yuzo and Master Sergeant Takahashi Fukujiro in front of the Koken-ki. 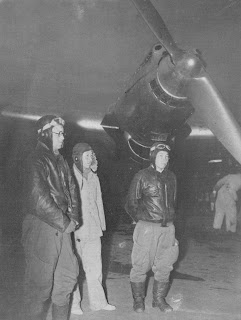 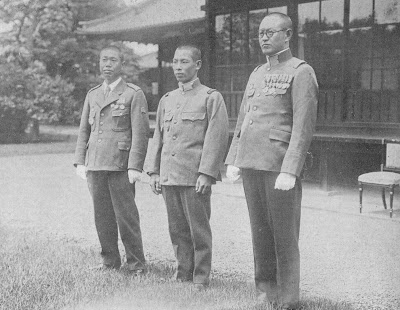 All three (from left: Chikaichi, Takahashi, Fujita) were decorated on May 25 with the Japanese medal Yokosho, of exceptional accomplishments.


And finally two more close-up photos of the Koken-ki. 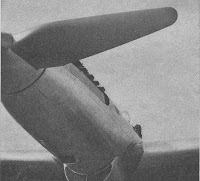