Mark has made quite some progress. Below he is sharing some photos with us and explains the challenges he is facing.

This update is about the wing. 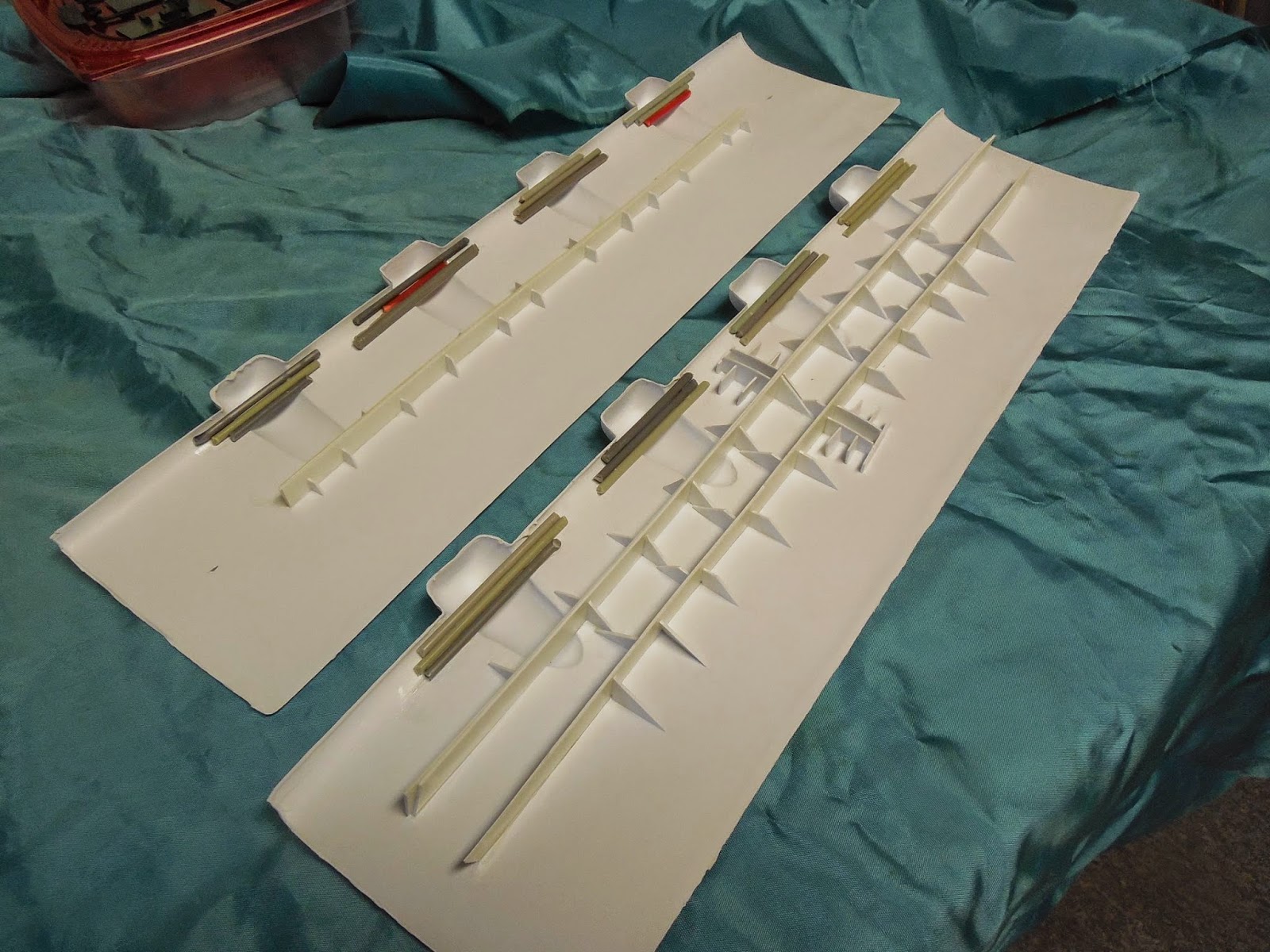 The first picture is the center section. I built in double spars on the bottom surface with some extra reinforcing where the center support struts will mount. There is an additional support on the top surface that fits between the two lower ones. 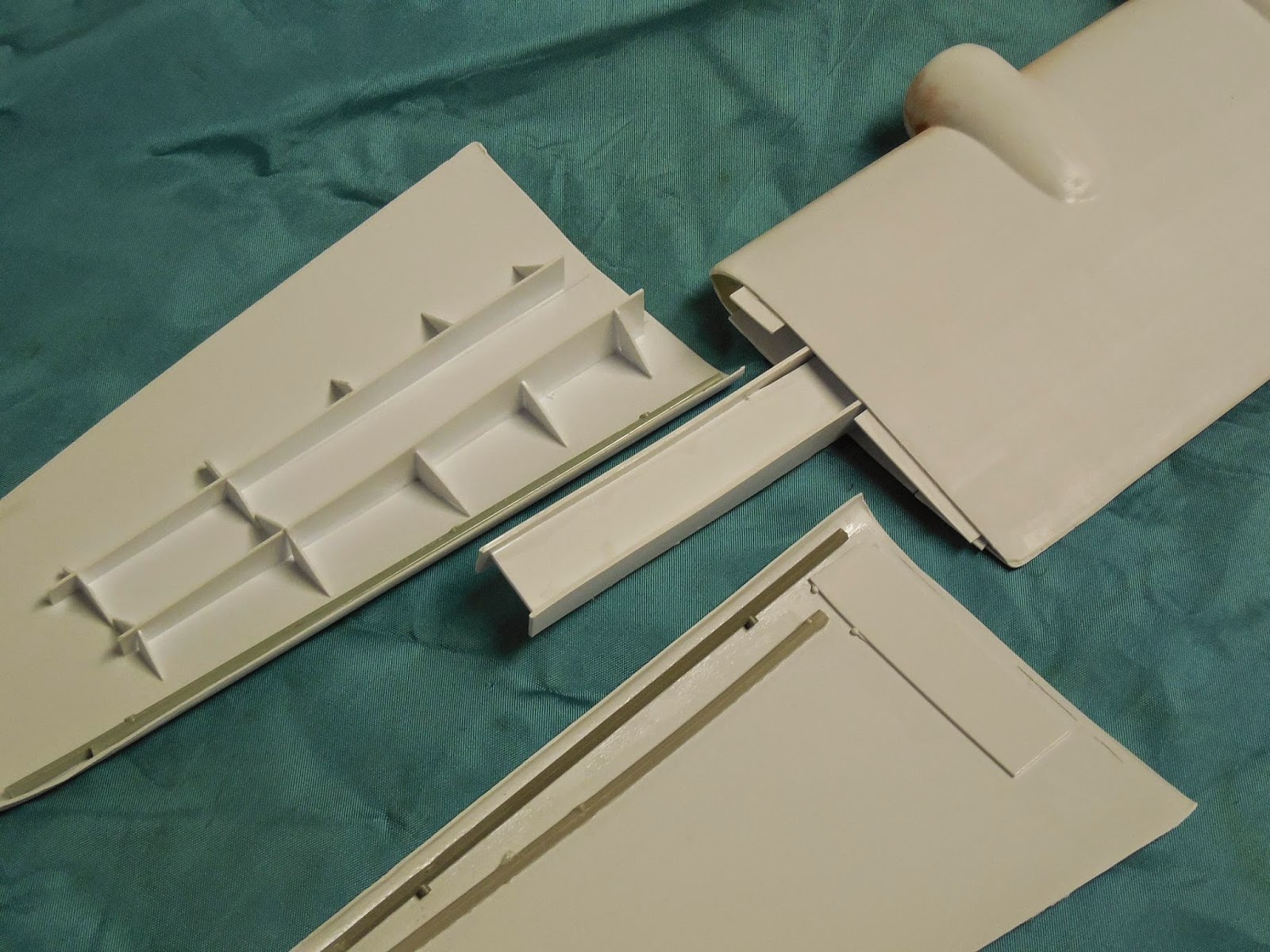 Second picture shows the same idea with the outer panels. A stub spar was made for the center section with the correct dihedral, with corresponding spars that will slot over it. You can also see the backing plate for the float mounts, and the tabs on the center section both top and bottom that will provide a gluing surface. 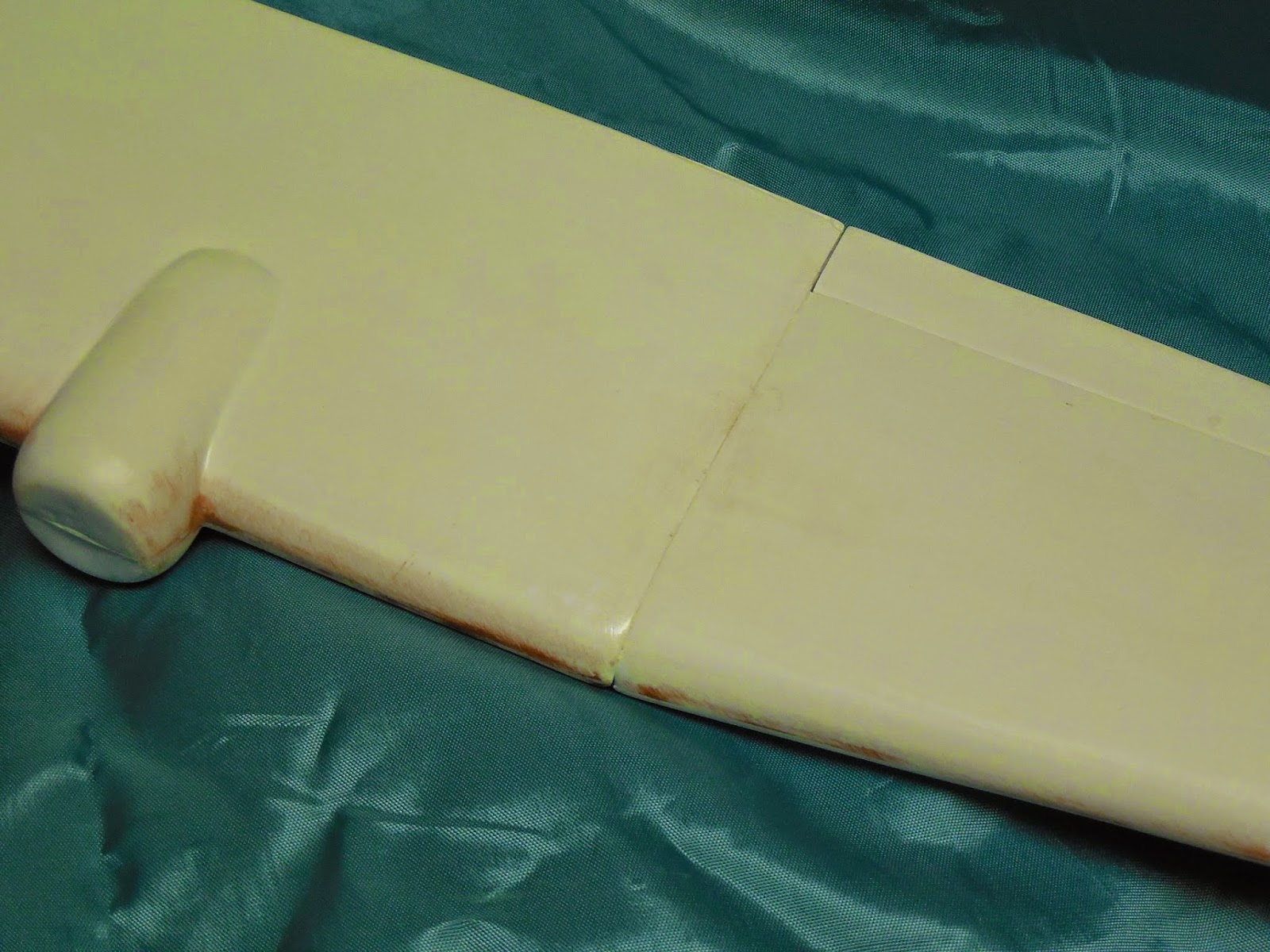 Third picture shows the fit of the outer wing panel when attached. The center slot had some 5 minute epoxy gooped in there, then slid over the spar and started gluing the surfaces. Because the ailerons were cut out, it made them very flexible, so I started at the leading edge and wrapped it back tight.
By the time it’s all done, you can hold the wing by one wingtip- it’s way overbuilt, but it’s mostly done with scrap so that’s OK! 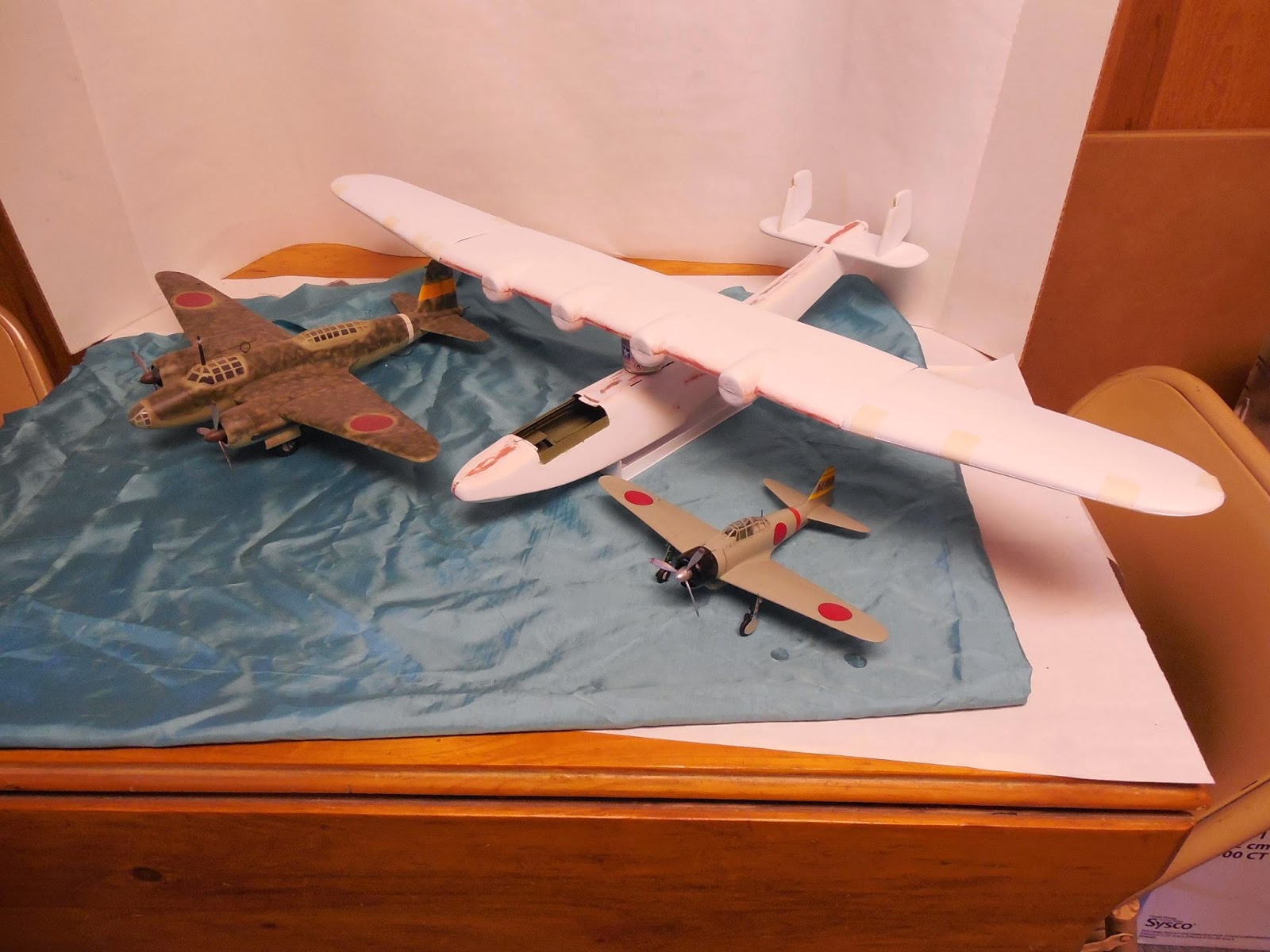 Last picture is another teaser to show size- the Sally fits under the wing, and the wingspan is about four Zeros.
Next project is the struts- the four in the center will be first, then the rest will be built on the plane so the lengths are correct. Wish me luck!
By the time we were about to post the above update, Mark sent us more photos of the progress he's made. 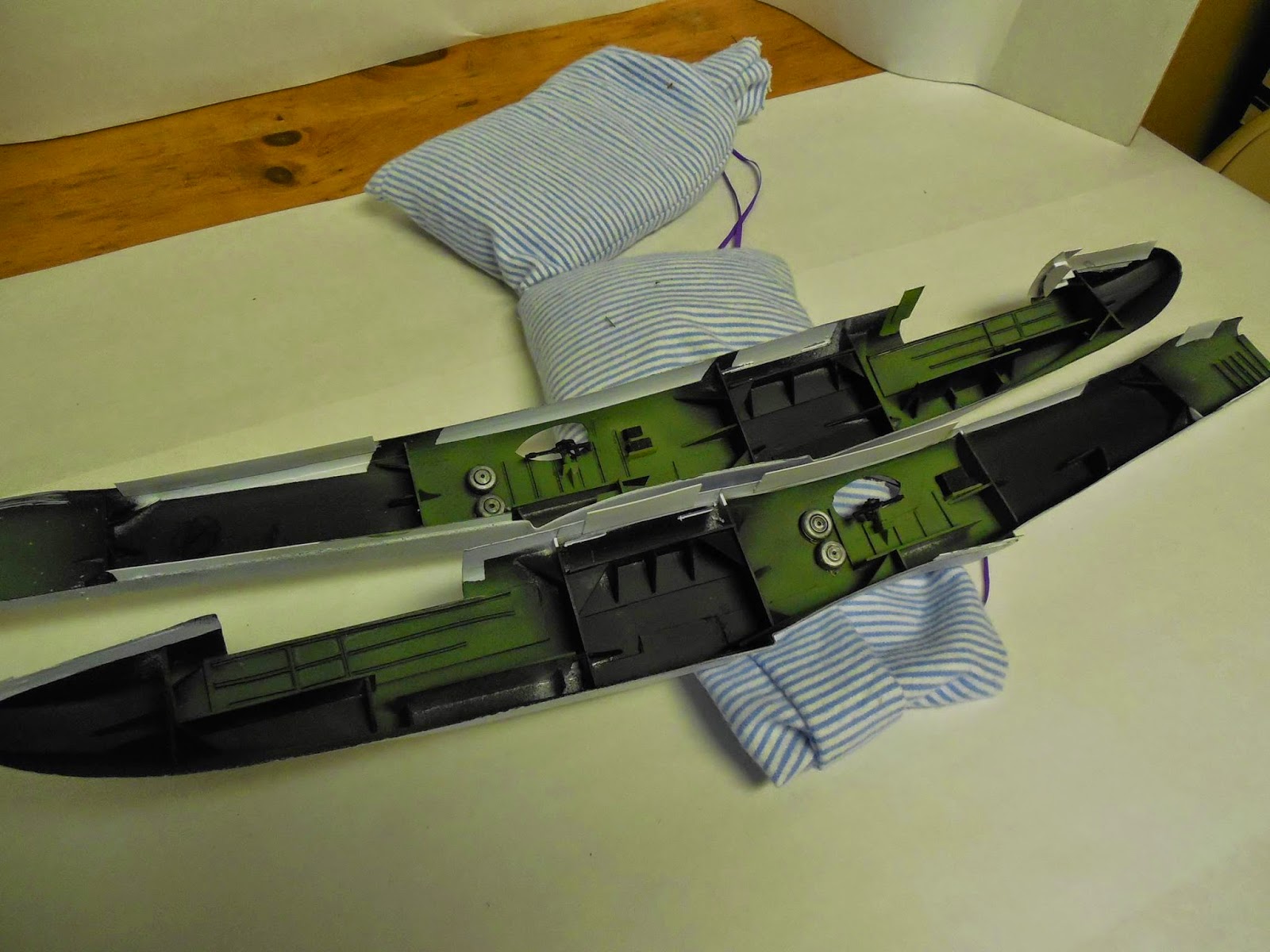 The first picture shows the beginnings of the wing mounts. I used two sizes of tubing, taped to both ends of a board. I squished them one at a time in a vise, flipping and checking size so they came out the same oval shape. The ends were then simply crimped with pliers to flatten them so they’d fit through the slots in the fuselage. 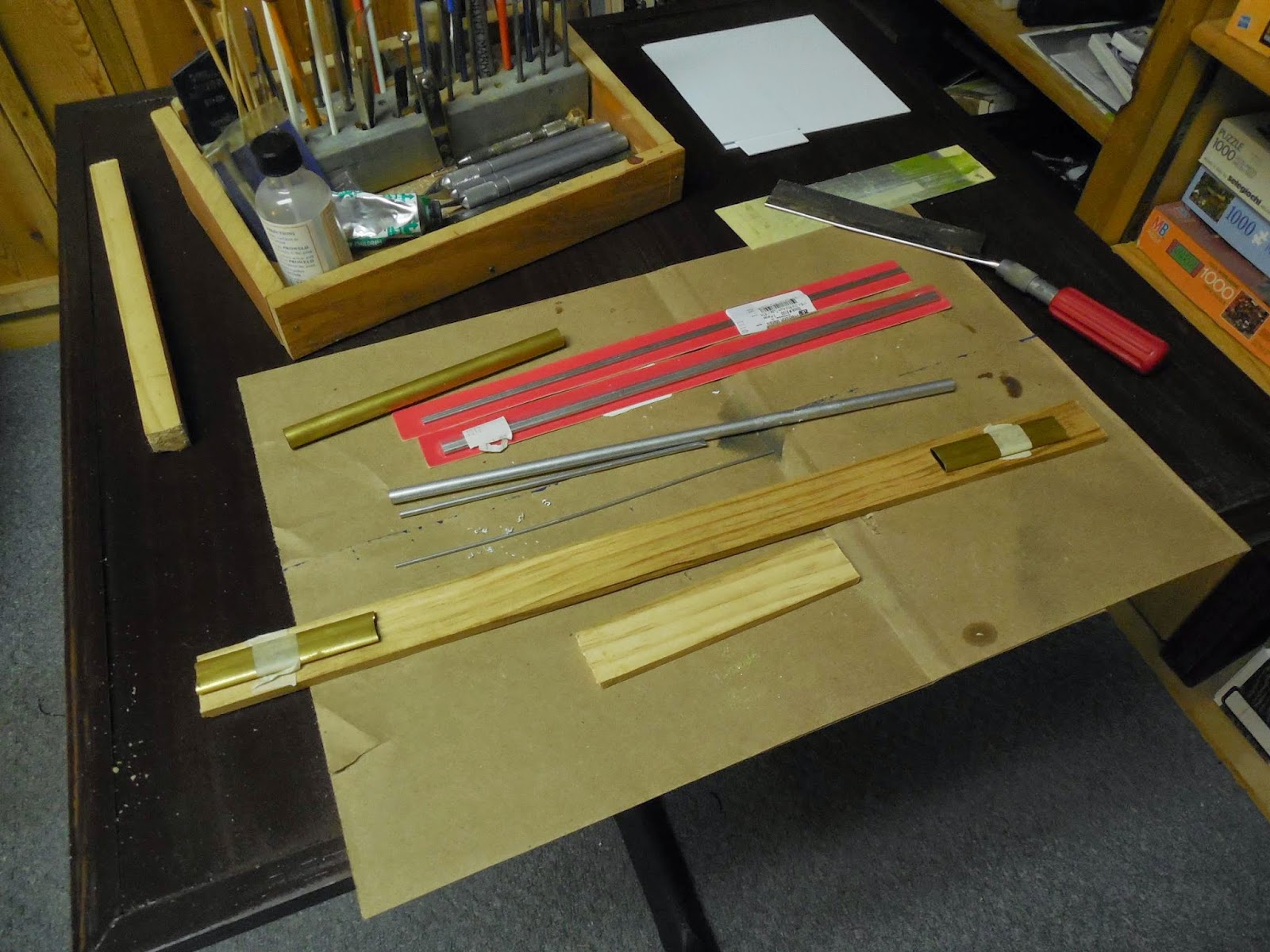 Second picture is an older one, showing the support shelves I built into the midsection. I was able to reach through the cockpit opening and glob some epoxy on the shelf for the struts. 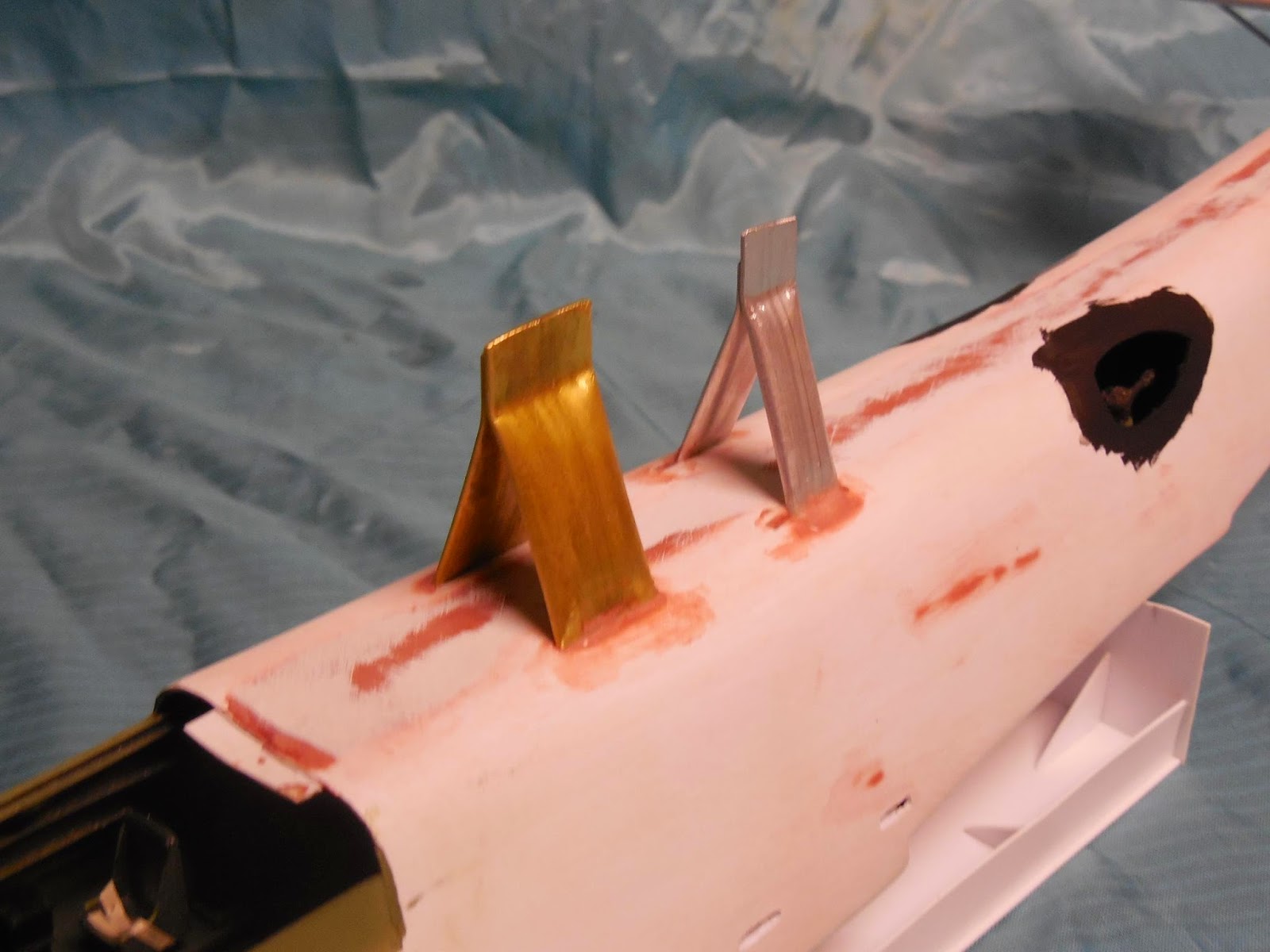 Third picture shows the struts installed and cleaned up. They should have fairings on them, but it’s clean now and I’d like to keep it that way! 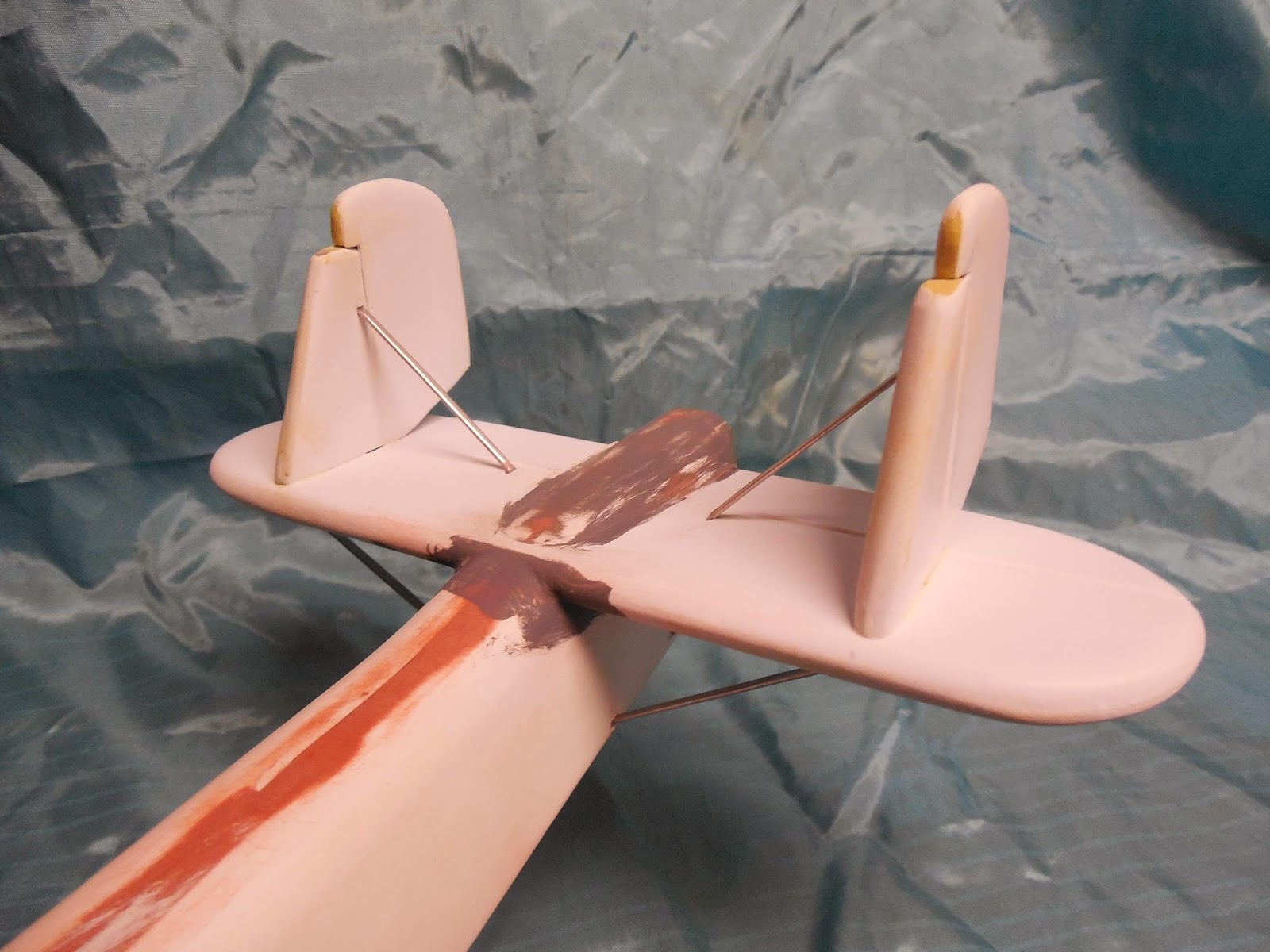 Last picture shows the installed tail. Wing struts will be the same way, cut to the proper length then inserted into cut slots.
Next step is installation of the glass in the fuselage, then I can work on joining the wing.
Best of luck Mark with such a difficult project!
WIP#1, WIP#2, WIP#3
Posted by Arawasi