A photo that often appears cropped featuring the very first prototype of the Experimental 9-shi Single Seat Fighter or Ka-14 next to one of the eleven prototypes of the Type 93 Attack Bomber or Ka-4 or 3MT5. 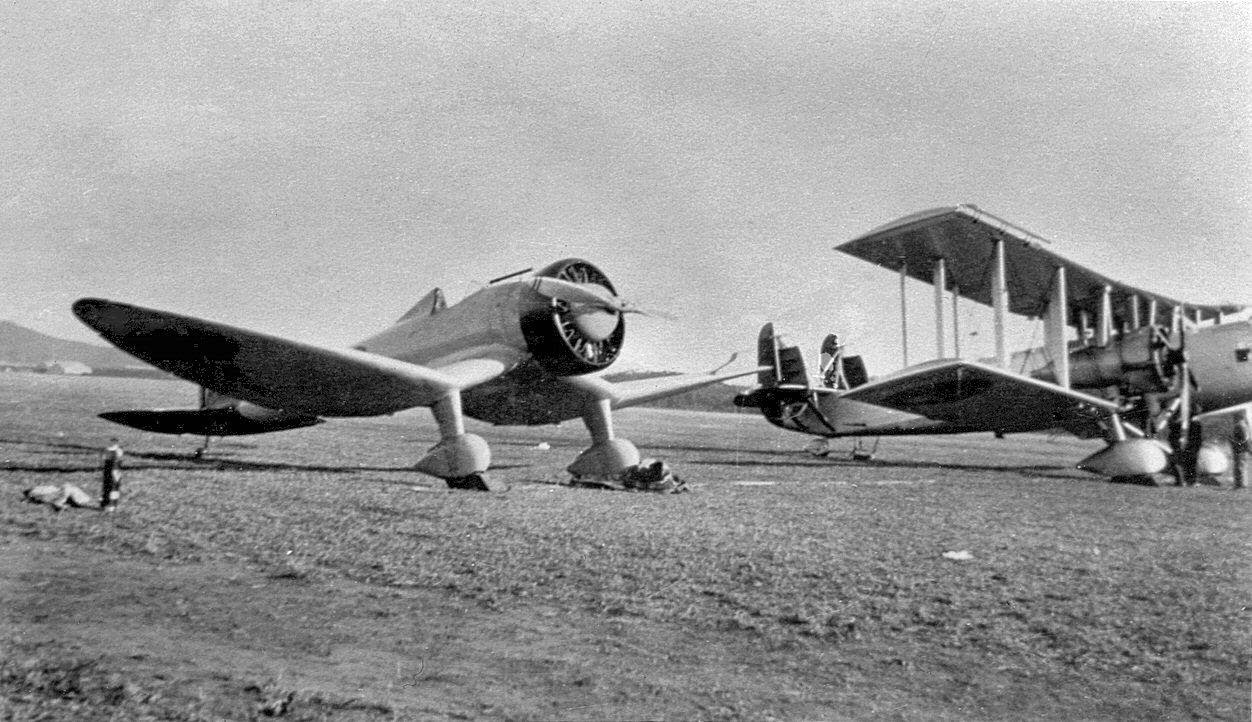 The first Ka-14 prototype was equipped with a "Kotobuki" Model 5 engine, flush riveting and inverted gull wings.
The 3MT5 was supposed to be carrier operated but by the time it was tested problems with the design and its slow development rendered it already obsolete. Only 11 were completed and from the fifth prototype onward they had twin twin fins and rudders and additional struts.
Posted by Arawasi