This update is about buttoning up the fuselage and joining the pieces. The Mavis cockpit is a bit unusual being raised stations over a central walkway. The good part for me was being able to install it after all the sanding and filling was done- I rinsed it a lot in the utility sink to try to keep it clean. 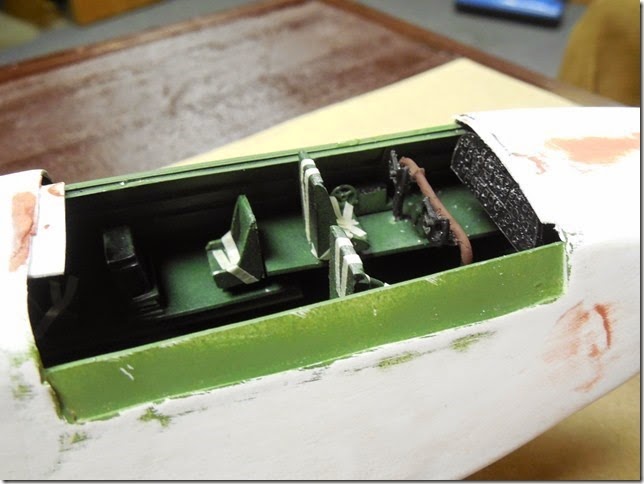 Pretty simplistic but it fills the space and not much will be seen. 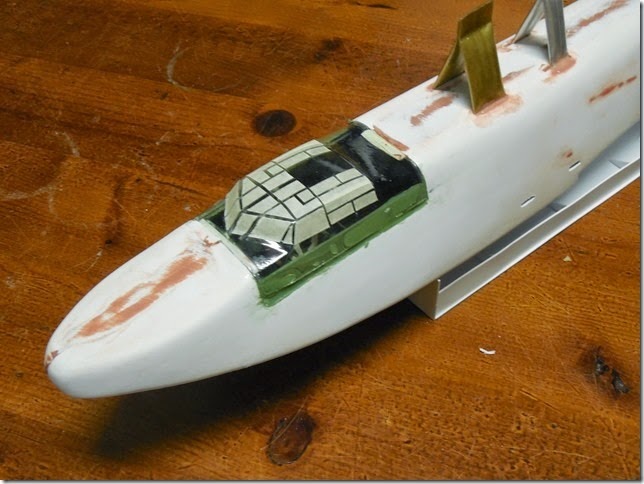 Here you can see the reason for the high cockpit sidewalls, as well as the tabs front and rear for support and alignment. I prefer epoxy for attaching vac clears- I have fewer mistakes than with superglue, and it leaves a little time for adjustments.
Then three applications of putty, progressively thinner, using finer grades of sandpaper: 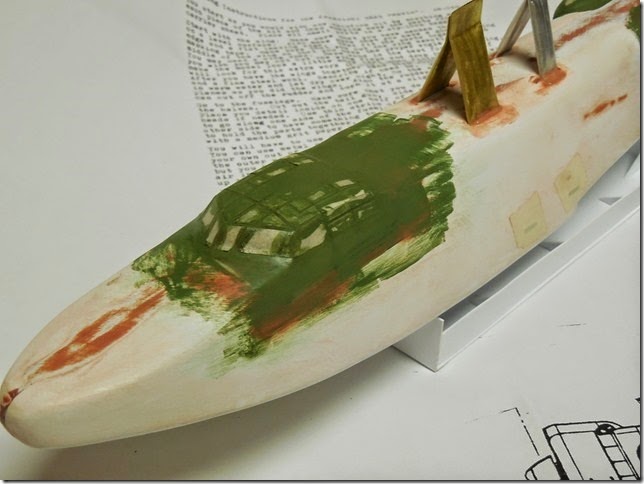 The green will be the “interior” of the frame, here it’s also the primer. Same procedure for the tail and waist blisters: 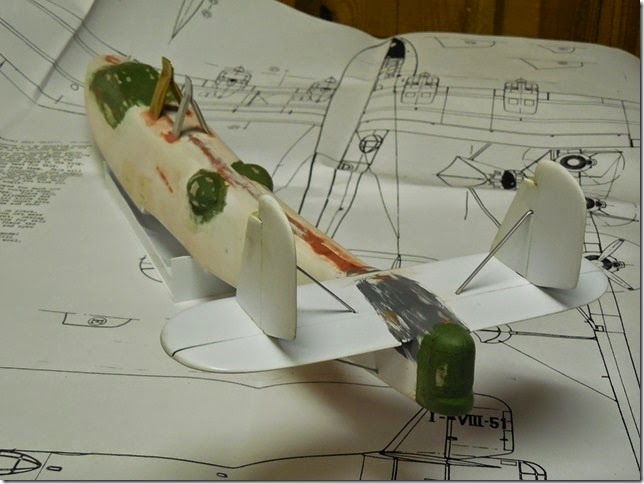 Then the wing was prepped. I laid out where the struts and wires will run, marked and cut it all out: 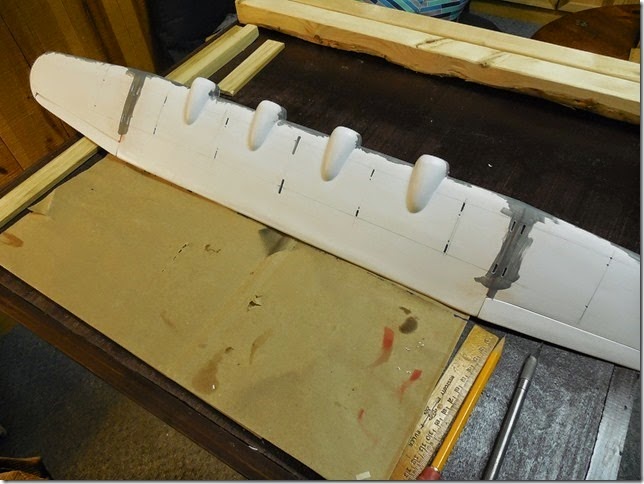 Usually airplanes will have a pass through spar, so construction is hang the spar first, then the wings can be attached and the tail aligned off of it. Obviously not an option here.
So I simply turned it over and built it upside down: 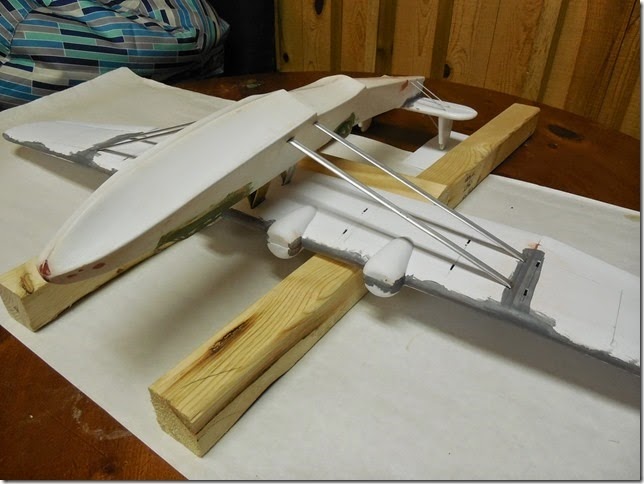 Same procedure to make the struts, aluminum tubing between two pieces of wood, compressed in a vise to an oval shape, then cut to length and ends crimped.
I used thirty minute epoxy and let it set for about twenty minutes, then flipped it over and did some adjusting to the alignment, then hit it with some superglue to stabilize it until final set.
Then it’s just build each strut, twelve more of them, not counting the ones for the floats! 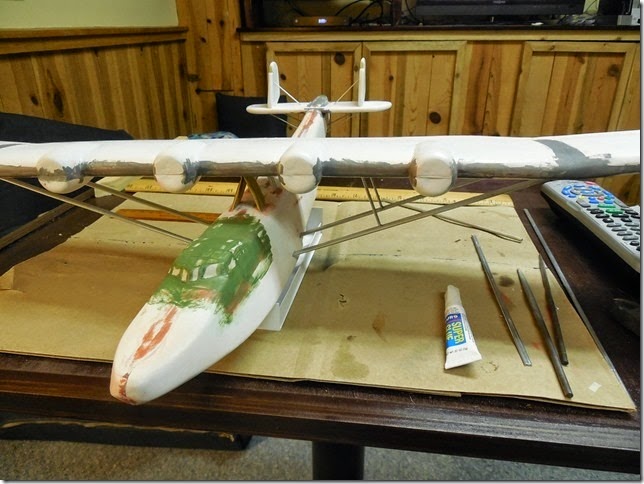 So here’s where she sits now: 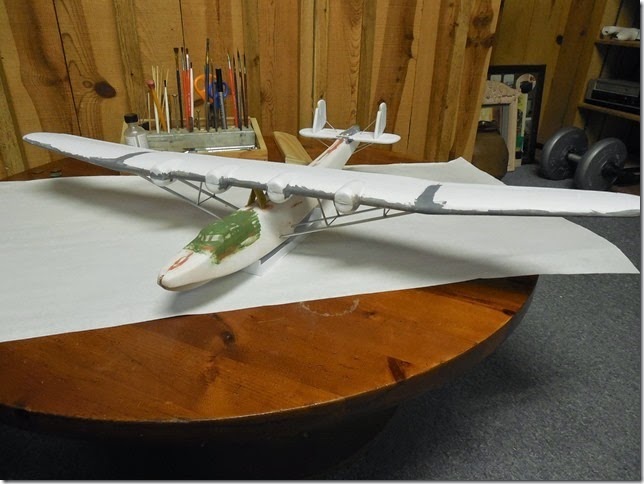 I’ll hit each joint with some epoxy, both for strength and because it settles into a nice fairing shape if you’re careful. It will also be the attachment for the “X” wire bracing.
Still a long way to go, but the end is in sight...
Posted by Arawasi