After quite some time another posting in the "visitors" series. This time of a French aviatrix, Maryse Hilsz, who visited Japan twice.
Born in Levallois-Perret on March 7, 1903, this pioneer of French aviation specialised in parachuting. From 1922 to 1929, she made 112 jumps including 20 in tandem, during 61 air shows in France, Belgium and Germany.
In 1930, she flew solo from Paris to Saigon in her Moth-Morane. In 1932, accompanied by her mechanic, she added the return flight from Paris to Madagascar to her list of achievements.
On August 19, 1932, she broke the women's altitude record in the Morane "Jockey", achieving 9781 metres at Villacoublay. Subsequent to this performance, she presented our best prototypes in the capitals of Europe and set a new altitude record of 11265 metres on June 17, 1935 in the Morane "Saulnier".
She won the Hélène-Boucher Cup twice: in 1935, in "Paris-Cannes", with an average of 277.263kph and again in 1936 in a Caudron Rafale at 366.760kph.
Maryse Hislz was the first woman pilot in the Air Force and was appointed second lieutenant with the "GLAM" Ministry Air Liaison Group in Villacoublay. On January 30, 1946, her GLAM Sibel 204 ran into bad weather and crashed near Bourg-en-Bresse, above Moulin-Le-Pont (Ain), having broken up in flight. Maryse Hilsz was killed in the accident.
Maryse Hilsz was made Officer of the French Legion of Honour in 1937 and received the Aeronautics Medal posthumously for her outstanding service to both civil and military aviation.
(source for the above short bio, here)
The first time she reached Tokyo was in 1933 arriving on April 16 flying a Farman F.291 named "Joé II" and registered F-ALUI. She was the first female pilot to ever visit Tokyo. Check HERE for more about her aircraft (in French).

The second time was a year later arriving in Tokyo on March 6, 1934. This time she flew a Breguet 27S called "Joé III" registered F-AKFM.
Below is a letter regarding the second flight of Ms. Hylze sent by the French ambassador to Tokyo at the time, Fernard Pila, to Hirota Koki who was serving as Foreign Minister at the time.
Perhaps our French speaking readers can sent over a translation.

The photo below was taken on March 16. On that day Ms. Hylze took two maiko working in Shimbashi for a 15 minute flight over Tokyo. On the left is her flight engineer René Prax. A beautiful photo combining the modern independent woman in the face of Ms. Hylze and the traditional Japanese female in their kimono and marumage hairstyle*. 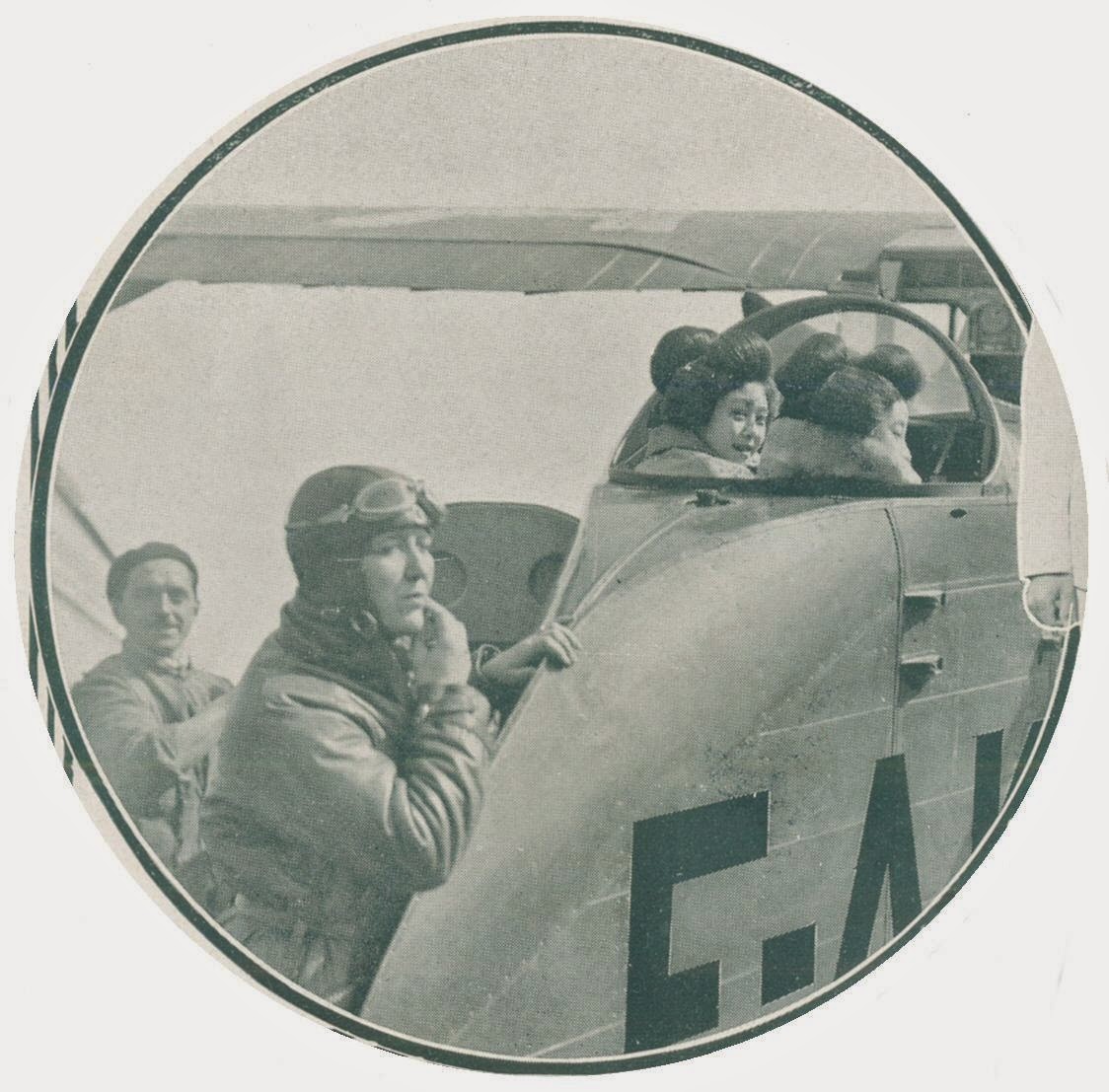 And finally, HERE is a video I found on the net showing a ceremony paying homage to Ms. Hylze.
*An amazing illustration by Shimura Tatsumi showing the hairstyle.