Let's start with a paragraph from Peter Scott's "Emblems of the Rising Sun", a book that should not be missing from the library of any Japanese aviation fan, page 9.
"Another area of concern lies with some unit markings that were produced in the form of drawings in the mid-1960s. In the interim, these appear to have been accepted as the definitive unit markings and, indeed, have been produced both on specialist decal sheets and on decal sheets within model kits, despite their lack of any photographic evidence to their provenance."
When the Maru Mechanic came out in 1982, it featured a short article by Akimoto Minoru entitled "Colors & Markings" which included illustrations of tail markings of the various units that were equipped with "Sonias". Among them were illustrations of markings that fall in the category Peter Scott described above. No photographic evidence has surfaced for these few markings, but artwork in various publications and decal sheets have been created based on these illustrations.
Allow me to explain. Akimoto-sensei was one of the first to record and organize tail markings of IJAAF (and IJNAF) units and was considered one of the experts in the field. He had been working I believe from the 50s in the field of historical aviation and naturally he had many contacts with veterans and veteran groups. As he explained to me, since no photos had survived of some units, some of the designs were based on veteran descriptions and sometimes sketches the veterans did when he asked them about the tail markings of their units.
There are also other reasons, a little more complicated. For example, it is known from official documentation that the 1st chutai of an X sentai was equipped with "Idas", the 2nd and 3rd with "Sonias". There is a photo of an "Ida" of that sentai and the tail marking is clear but no photos of "Sonias" of the same sentai. It is reasonable to assume they had the same marking even though, strictly speaking, there are no photos of "Sonias" with that marking.
Another reason is that the Japanese are very strict with their privacy sometimes to the point of being paranoid. I remember going to an exhibition with war memorabilia and there was a "no photos" sign. I asked why, and they said it's because in some photos, people's faces can be seen. I pointed out that no names are mentioned anywhere and these people are long dead, so what's the point for all the secrecy, but they wouldn't have it. Many Japanese magazines and publications still avoid publishing photos with people's faces unless there is explicit permission to do so. As a result, there are, for example, photos of veterans posing in front of their aircraft that have not been published because of that reason. Akimoto had access to these photos and some of the artwork was based on them. It is no surprise that non-Japanese aviation researchers, who have done zero research in Japan, do not have access to this material and therefore think that the artwork is fake.
Over the years, some of the markings in the Akimoto series have been confirmed to be 100% accurate by photographic evidence, some have proven in need of modification and some have not been confirmed...yet.
In my opinion, these tail markings should not be dismissed out of hand, but perhaps a question mark should be added to them. In cases where there are no actual photos of aircraft with these markings, the overall paint schemes are also questionable. Not necessarily innacurate, just questionable.
Akimoto first published the tail marking series in the magazine Aireview. Here's a page example from the September 1965 issue.

Further publications followed, in the magazines "Maru" and "Koku Fan" up until the 80s. Akimoto therefore had the chance to revise the series over time. But let's see some of these questionable "Sonia" markings. All illustrations below are from Maru Mechanic. Feel free to leave comments if you have seen photos of "Sonias" with these markings.
First up is the 6th Sentai.
The unit was organized on August 31, 1938, changing name from 6th Rentai. It was originally equipped with "Mary" but changed to "Sonia" around 1941 when the unit was based in Manchuria until April 1944. At that time it used this marking. 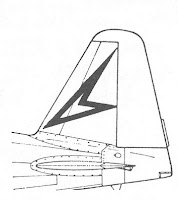 AFAIK no photos of "Sonias" with this tail marking have surfaced.
Then it was assigned to China until the beginning of 1945. After that it was relocated to Korea.
During that time they used two tail markings.
First the one below. I think I have seen photos of this marking, but I'm not sure at the moment. Will revise this post accordingly. 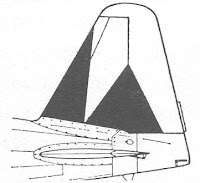 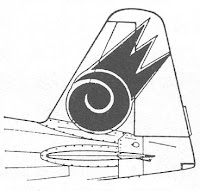 For a number of years this marking was labeled as "unconfirmed" until photos surfaced of a particular aircraft found at the end of the war at Chofu airfield. Either it was visiting the area or was sent there to be assigned to a toko unit. The photo below is from here. 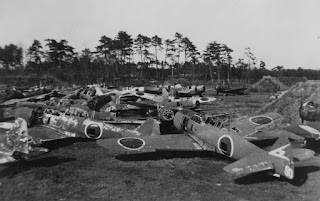 Zooming in we can see this "Sonia"

Here's another view of the tail marking from a photo of an old Koku Fan issue. 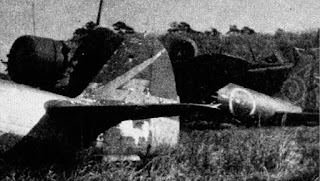 You can see one more photo of this same aircraft in the 244 Sentai site, here and here.
As you can see, the illustration in Akimoto's series is correct but needs slight modification.
Another unit is the 66 Sentai which was organized on March 31, 1942, in Pyongyang. Saw action in Manchuria, the Philippines, Okinawa and elsewhere. I have not seen photos of "Sonias" with this tail marking. 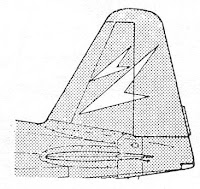 The 67 Sentai was founded on February 25, 1943, in Hachinohe, Aomori Prefecture, to patrol the northeast areas. In the autumn of 1944 the unit took part in the battle of the Philippines. The unit was disbanded on May 2, 1945. Akimoto mentions that "the white color of the 2nd Chutai marking, is confirmed", so it seems he has seen photos. 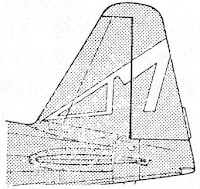 Another marking is this one, of the 73 Dokuritsu Chutai. 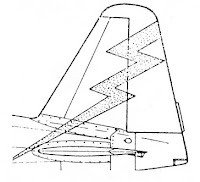 As we saw in a previous post, the 73 Dokuritsu Chutai joined the 83 Dokuritsu Hikotai (ex 83 Sentai), and during that time it used the 83 Sentai marking. But when it joined the 3rd Hikodan in September 1942, the unit changed its marking to the one above.
45 Dokuritsu Chutai. Originally a Direct Cooperation unit belonging to the Japanese Army based in Seoul, Korea, it had nine "Sonia" in its strength of which six were operational. On October 20, 1944, the unit was organized as 45 Dokuritsu Chutai with only three operational aircraft and was assigned to Labuan in Borneo. 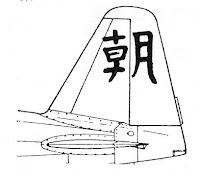 47 Dokuritsu Chutai
Originally named 6 "Chokyo Hikotai" it was renamed 47 Dokuritsu Chutai on October 20, 1944. It was assigned to Taiwan on sea patrol duties, but also took part in battle of Okinawa with suicide aircraft guide missions as well as ship attack. 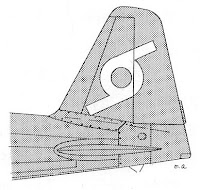 48 Dokuritsu Chutai
The 7 Chokyo Hikotai was organized on July 18, 1941. In the beginning, it had "Ida"  and was based in Manchuria. It took part in operations in north China. In March 1944, changed from "Ida" to "Sonia" and was assigned to Taiwan on anti-submarine duties. On October 20, 1944, it was renamed 48 Dokuritsu Chutai. 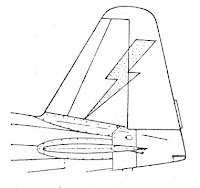 "Hokubu Gun Chokyo Hikotai" (North Area Army Direct Cooperation Unit). Organized on May 30, 1942, with about a dozen "Ida" and "Sonia", its duties was patrol of Hokaido and Shakhalin areas. On October 20, 1944, was renamed 42 Dokuritsu Chutai and was reassigned to Taiwan. 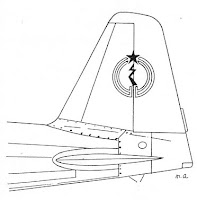 4 Koku Gun Shireibu Hikohan (4 Air Army Headquarters Air Group). The 4th Air Army responsible for the defense of the Philippines had a small number of "Sonias" in its strength. The headquarters was organized on July 25, 1943, in Rabaul. The 4th Air Army was disbanded on February 28, 1945. The marking was used from August until November 1943. 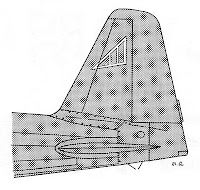 Very interesting article, thanks! I appreciate the explanation of why there are drawings of these unit markings but no photographs.