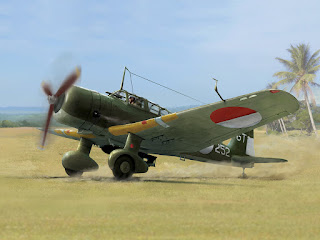 It seems to have decals for 10 (!!!) aircraft.
Let's start with the "Sonias" of the Manchukuoan Air Force (MAF). 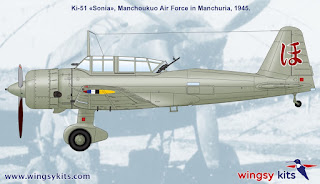 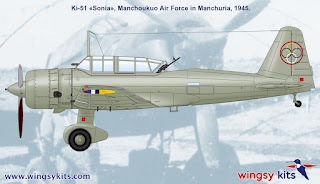 Neither is historically accurate. They are more like what-ifs. Yes, the MAF used these tail markings, but the top was on a gokoku (the Manchukuo version of aikoku/hokoku) Tachikawa Ki-9 "Spruce" and the bottom on a Kawasaki Ki-32 "Mary".
Why did that happen? Because "Kora models" purchased a copy of our "The Eagles of Manchukuo" book (thank you Kora for the support), and decided to put it into use.

Good for them, but there are zero historical records, of any kind, to support the suggestion that MAF was equipped with "Sonia". Zero. Would help to build nice, unusual what-if models though.
"Sonia" in Nationalist Chinese service. 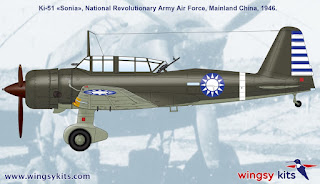 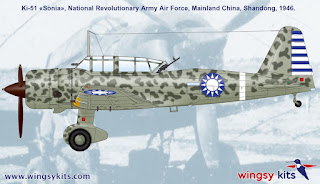 Personally I have not seen any photos of "Sonia" in these markings. I have seen Mitsubishi Ki-30 "Ann" (check "Broken Wings" p.149) but "Sonia...no. I don't know if any new photos have surfaced. If you do, leave a comment.
"Sonia" in Communist Chinese service. 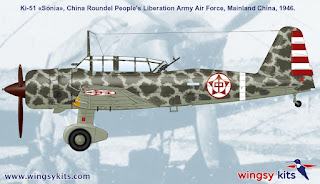 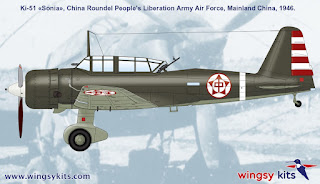 Again I have not seen any photos of "Sonias" with such markings. If you have, leave a comment. Did the communists operate "Sonias"? Well...
It seems the idea behind the above schemes is that if they had "Marys", "Anns" and "Idas", then they should probably have had "Sonias" too. A suggestion that makes sense, but without any form of historical documentation it falls into the what-if category.
French "Sonias" 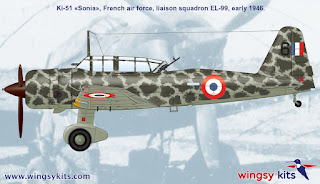 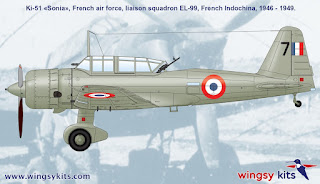 Yes, at least the bottom one is correct but the real aircraft would be nowhere as clean as depicted in the illustrations.
Indonesian "Sonias" 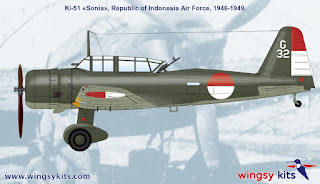 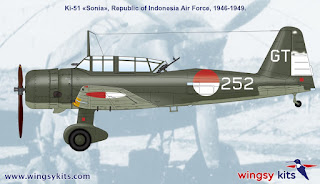 These two are the only 100% historically accurate schemes but they need a lot of weathering.
Posted by Arawasi


- as i believe this is what the profiles are based on, ive collected some other types in PLA service from chinese websites that i can email :)

cant wait for the next release of your manchukuo eagles book!!

Thank you. These look interesting. Yes, please forward the images you have found: arawasi_g2@hotmail.com