The second "Sonia" kit released by Wingsy has this beautiful box illustration. 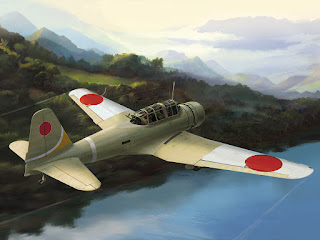 It depicts an aircraft flown by the 44 Sentai. 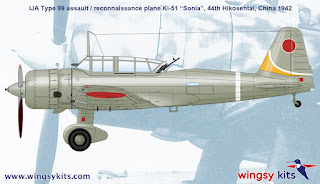 It has been released by Hasegawa in 1/72 in a limited edition kit with aeromaster decals. 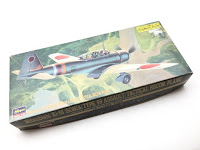 The second scheme option is of an aircraft flown by the 83 Independent Chutai. 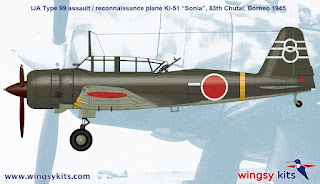 The third option is of one of the aircraft of the 64th Shimbu-tai. I built a model of this aircraft with details about the unit, HERE. 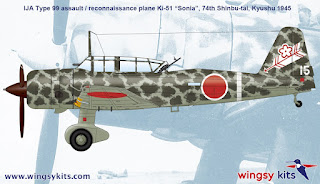 And the final option is an aircraft of the 6th Sekicho-tai. 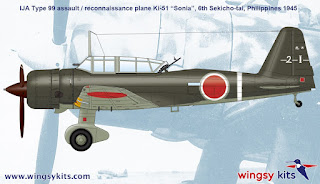 All the above options are mostly accurate.
Posted by Arawasi

Did Wingsy commit a typo error by printing 74th Shinbu-tai on their artwork instead of the 64th, or, is there some who think the arrow tail symbol is for the 74th and not the 64th?