Tail wheel towbars & draggers
It seems that Kawasaki, at least in their central factories used a certain type of tail wheel towbar found on a Kawasaki Ki-100 and a Kawasaki Ki-45 "Toryu" prototype. I haven't spotted it in any combat unit photos so I don't think it was really common. 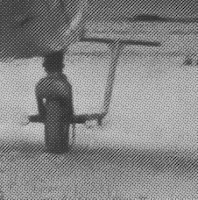 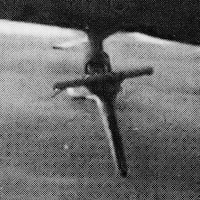 On the other hand the tail wheel dragger was extremely common with types without tail wheels like the "Nate" or with types with more delicate ones like the trainers Tachikawa Ki-9 "Akatonbo" and Tachikawa Ki-55 "Ida". Not uncommon with "Hayabusa" too or other combat types with the tail wheels damaged, for example, during hard landings. The metal frame was pretty standard but the wheels were not. I don't know if there was a certain manufacturer that built these for the Army but I suspect the crew used whatever spare wheels were around. For years I was trying to figure out what was inside the "pot" where the tail wheel rested since in all photos the wheel is already in, until I finally discovered the bottom photo; nothing. The wheel was simply placed inside the empty "pot" and that's it.

Buckets and pots
The ground crews used various buckets to bring liquids near the maintained aircraft. Most often they contained water to wash the dirt off the wheels or other parts of the plane.
The bucket below is called "teoke" in Japanese and is made of wood. It is a more traditional way to carry water, now seen only in Budhist temples when, during Obon, the Japanese visit the graves of their ancestor and clean them using water carried in these buckets available at the temple. In time the teoke became darker in color. Note the guy in the photo below is using a teoke and a brush to wash the wheels of a "Lilly". Note also the metal ladder described in a previous posting. 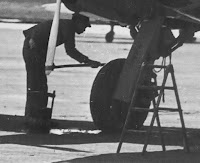 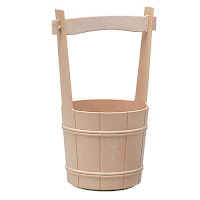 The most common bucket though is the one seen below made of metal. The writing, whenever there was one, either said "防火用バケツ" (bokayo baketsu - bucket with water for extinguishing fires) or the name of the unit that used it. 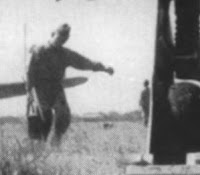 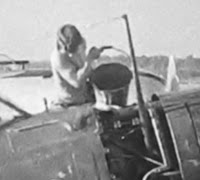 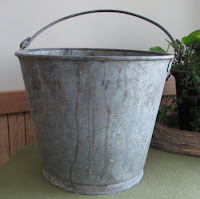 Another means to transport water or other liquids like lubricating oil was with old tall metal boxes with the top removed and either two holes on the sides and a piece of rope as handle or a piece of wood running the length of the open top, again to use as a handle.
The two boxes at the top say "bokayo baketsu" the one lower says "3rd shotai". 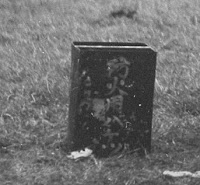 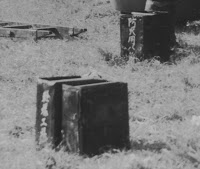 Finally there was a short open pot called "kanadarai" used to wash clothes by hand and can be seen in the photo below. It could be with short handles or without.

Other stuff
If you want to make your base or diorama even more interesting you can use various stuff lying around on a Japanese airfield, like:
an old propeller (note the bucket) left or a propeller bent after an emergency landing

spare oxygen cylinders but check if your aircraft type had them; in the case below it's a 244 Sentai "Hien" a bottle of something

or simply various stuff like ladders, boards and what-have-you set aside after the plane has been maintained

This series of articles has been extremely interesting. Thanks!

Yes, this is a really good series! One thing I found interesting as well, was the prop (dark blades) laying on the ground. Note the bolt assemblies holding the casing together as well as the pitch counterweights. Also of note are the solid colored tips instead of a stripe.
Having moved planes around by hand, those towbars are essential!

Will airfied tractors and vehicles be covered at some point?

Thanks D. A lot more coming up.