Ground crew pt.2
In this post we will discuss the tropical and summer uniform of the IJAAF and the clothes the maintenance crews wore in general outside the Japan mainland.
The official uniform for the Army worn in South East Asia and South Pacific is shown below. The trousers were either long or short. In these official illustrations puttees are shown but as we saw before there were very very rarely (if at all) worn. Let me put it this way, I've never seen even one photo of a maintenance crew wearing puttees on an airfield outside Japan.

The shirt has lapels and two pockets but no buttons on the sleeves. Below we can see various types of the shirt and the long summer trousers.

The short trousers were also of various types, some more loose, some more tight, some with cloth straps at the end of the trousers and some without.

Below are samples of the two versions of the summer uniform. 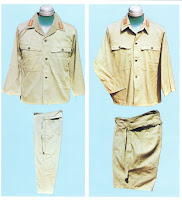 The ground crew usually wore their two types of field caps we saw in the previous post but IJA pith helmets like those shown below were not unusual.

Below are two photos of maintenance crew on airfields in Japan wearing summer uniforms. 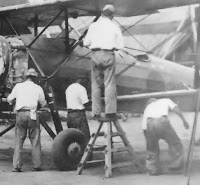 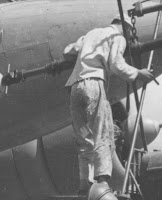 And a collection of sample photos of maintenance crew outside Japan like in Malaysia, Burma and China. Note the variety of the caps and the trousers. 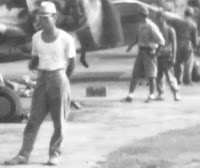 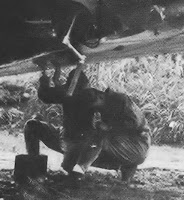 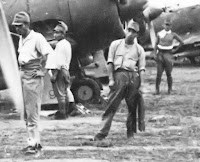 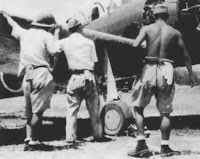 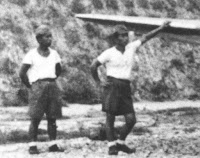 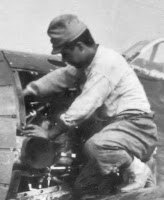 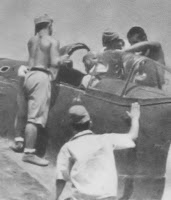 In the photos below the ground crews wear the official uniform we discussed in the previous post. Nevertheless these photos were taken in China. 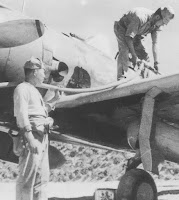 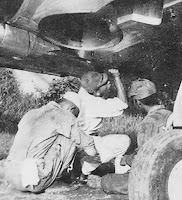