My contest entry represents a well-known Ki-84-I Ko of the 2nd Chutai, 11th Hiko Sentai, abandoned at Clark Field, Philippines in January 1945. The Tamiya model, which I built in 1989 OOB but with extended flaps, doesn't have the quality that I aspire to achieve today with 30 more years of expertise. But the Hayate is such a beautiful airplane that I didn't want to miss the opportunity to participate.
'Green' Ki-84 were delivered in natural metal and later camouflaged at depots or in the field. Presumably they would be silver on the lower surfaces and not light grey like my model. Aircraft in 'late-war brown', on the other hand, received their camouflage at the factory and came with a 'cream' underside. Field application may be the reason that green Hayate show a stronger colour degradation. More on this topic: http://www.aviationofjapan.com/2013/11/hayate-thoughts.html
The 1/50 Tamiya kit of the 1970s is a strange hybrid. The general dimensions (wingspan, length, horizontal tailplane) are to approximately 1/49 scale but the fuselage is narrower than this and the cowling is visibly too long and too small in diameter.
This Hayate (serial no. 1446) was later requisitioned by the T.A.I.U., stripped of colour again and test flown with the tail code S17.
Wishing everybody fun with the contest and good luck to all fellow participants!
- Michael Thurow, Germany - 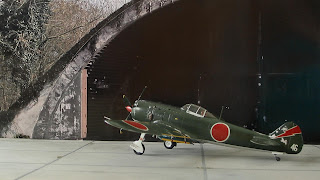 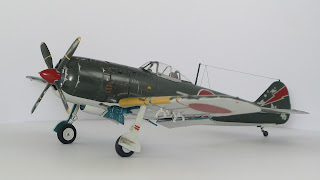 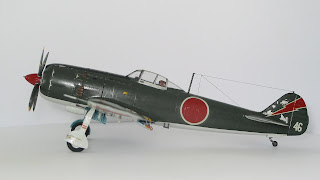 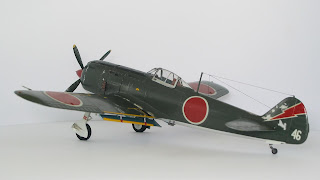 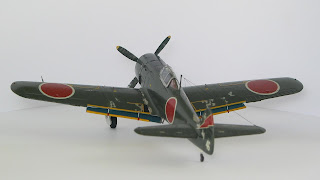 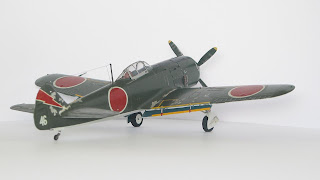 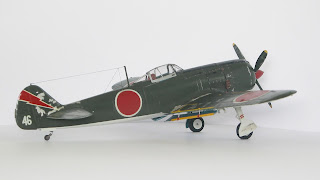 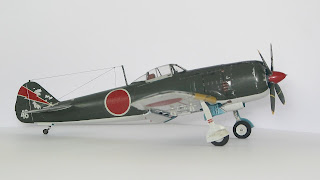 Thanks a lot Michael for your contribution, the info on the Tamiya kit and the nice presentation of the particular a/c. I like the most the photo in front of the hangar! Having seen more recent models of yours I would say the model is pretty decent and probably reflects better what you were building 30 years ago (feeling old?). So, high marks on accuracy and effort, not so high on finesse. 4.3

Some do not know how much less information, less correct color paints (and less quality too), less aftermarket detail parts, less specific tools and decals and less sharing of techniques there was 30 years ago. With that in mind I give this model a 4.5.