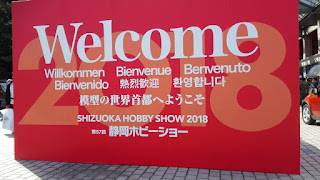 This year our visit to the Shizuoka Hobby Show was without any grievances or complaints as, surprisingly, everything worked really great including the perfect weather.
I'm sure you know the main reason we went there... 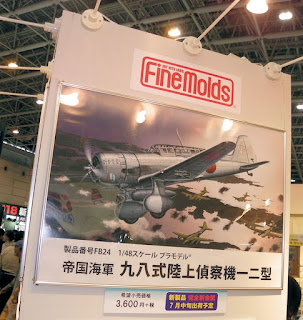 Well, guys, it looks absolutely fantastic!!! Very finely detailed and easy to build. Special attention was paid to the beautiful cockpit showing the differences between the Army and the Navy versions and the highly detailed Sakae engine. Of special interest are the Type 99 30kg bomb and the separately included Lewis machine gun. 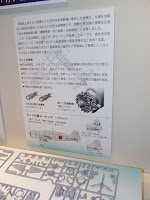 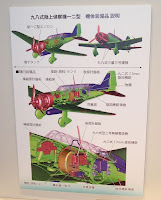 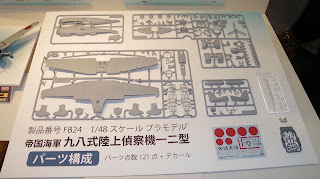 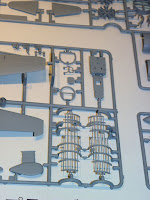 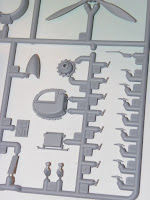 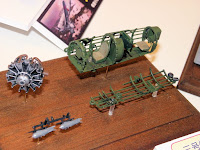 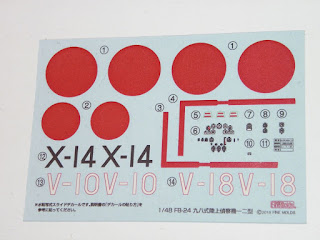 Below are two completed models exhibited in the Fine Molds booth. 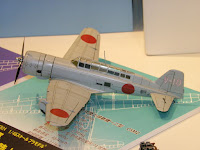 The kit is scheduled to be released in the middle of this July and price in Japan will be about $US35 or 29EUR.
We were also very lucky and privileged to meet for the first time Mr. Suzuki, president of Fine Molds and Arawasi fan, and to have a most enjoyable conversation about the "Babs" kit, modelling, Japanese aviation history and more. I enquired about the absence of canopy-in-separate-pieces option and he explained that it is very difficult to produce a thin enough canopy that could fit satisfactorily enough in an open position (don't forget that Army and civilian "Babs" have not rear-sliding but side-opening canopies). And he added that ofcourse more versions like Army and civilian will follow.

Amazing! A beautiful kit, and I can't wait to see the other versions as well. Thank you, Suzuki-san!

Fantastic!
And I will be waiting for the 1/72 version.

Very excited about this release. Being that Mr. Suzuki is a fan of the page, I hope he knows that his products are wonderful and a joy to build. Always looking forward to more 1/48 kits from Fine Molds...an IJA Toyota starter truck would be a dream!

Thank you for taking us in written form with you George!

I'm very happy with FineMolds again releasing new aircraft kits.
Not one I know much about, but that's actually positive for me and once more shows FineMolds bravery in terms of subjects.
The Kamikaze-Go and a colorful army one are more interesting to me, but like you suggested their release seems likely to me.