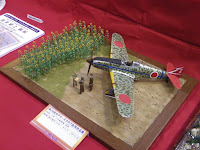 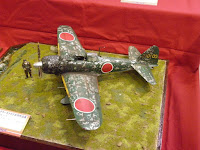 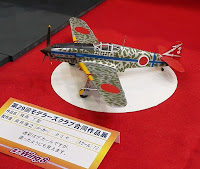 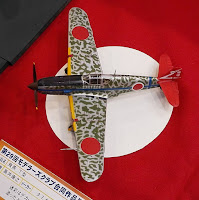 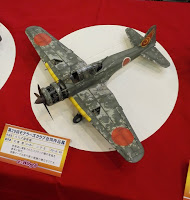 Hamamatsu Shofu-kai (Shizuoka Pref.)
Terashima Hideyuki-san built the absolutely incredible scratch-built Mitsubishi B2M1 and Nakajima A2N1-3 in 1/48. For me they were the best of the show in large scale. 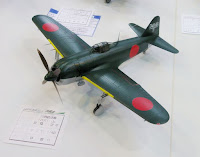 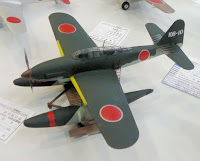 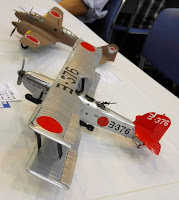 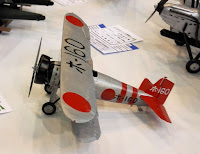 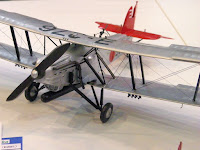 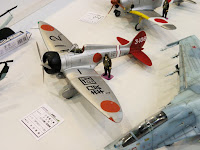 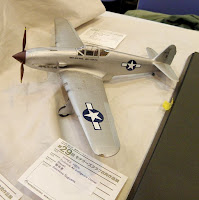 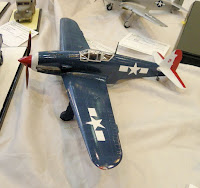 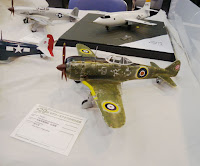 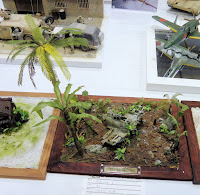 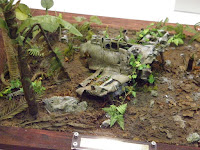 Asahi Club (Aichi Pref.)
The "Dinah" interceptor and the Mitsubishi Ki-83 were built by "Tatamiya M (Morisawa)". The "Dinah" is the Tamiya kit, the Ki-83 was mostly scratch built but also combined parts from the Fine Molds "Reppu" and the Tamiya "Dinah". Both incredible models were completely brush-painted (markings included) using enamels and pastels. 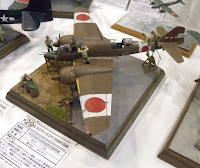 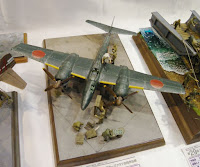 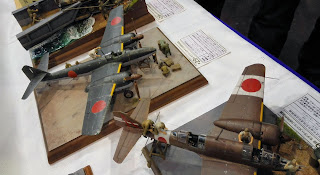 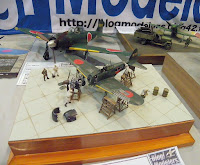 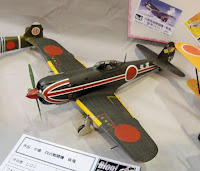 The Nichimo Sonia is simply stunning. Once again, older kits have been proven to hold their own among the latest offerings. The Ki-83 and Dinah interceptor display a high degree of skill and craftsmanship. It would be nice to see these as 1/48 scale offerings. I found the Ki-44 in surrender markings and the Sam to be quite pleasing as well.

My favourites are the two biplanes, the Kyushu and the Pacific wreck diorama - wonderful! And I want to add that brush-painting is a particular skill and much under-rated.

What a high level of modelling skills is showed here. Beautiful planes and diorama's !

These pics are great, I hope you have a part 5.

But now I am wondering; Does Japan have Sunflowers as depicted in the Ki-61 244th Sentai diorama?

Again many skillful executed builds & dioramas.
It feels unjust towards all the other gems focusing just on her, but indeed the Ki-51 is most beautiful.
My personal favorite of this show.
Looks like there was much effort put into detailing the engine, gun bay and cockpit.
The canopy I guess was vacuum formed - just perfect looking! Paintwork & weathering also are very much to my liking.
Now I even more don't dare to touch my venerable Nichimo kit...

The Zero wreckage diorama also is very well done. Oxidation and vegetation look very realistic.
Same is likely true for the Ha-Go tank next to it - did you take a picture of it? Would love to see it.