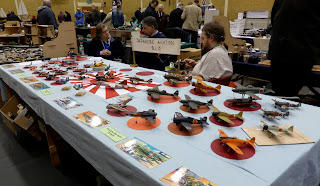 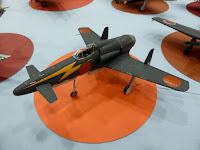 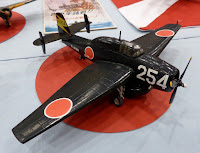 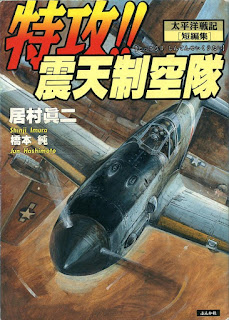 Buying bread from a man in Brussels
He was six-foot-four and full of muscles
I said, "Do you speak-a my language?"
He just smiled and gave me a vegemite...Rufe???


Here are some pictures of my Nakajima A6M2-N "Rufe" project of last year (Tamiya 1/48). I still need to take some pictures of the finished model. But with these pictures you get an idea of the progress of the model. I used liquid mask and Vegemite to make some chipping, painted the Hinomaru on it and finished everything with some oil washes.
This was the first plane I worked on since 1997 and I am satisfied with the result so far. Despite its age the kit is still very enjoyable to work on and fits very well. The green colour is based on Nato green, just my personal touch instead of the dark green colour.
The Vegemite method was used before the now famous "hairspray technique". You dip a sponge in the Vegemite and then on a piece of paper until you have a real fine pattern. Then place the sponge on the area you like to have the chips or scratches. Apply a thin layer of paint over it ( Tamiya, Vallejo, Hobby color), wait for 15 minutes. Take a soft brush, make it a little wet with water and start rubbing over the areas. The Vegemite will dissolve and you remove it with the paint with a soft tissue.
I found this method more in control than the Hairspray, you can make real small chips. I have done it now again on my N1K1 (photos soon) and I like the result very much. 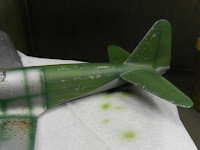 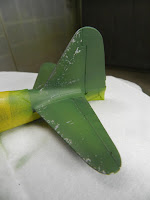 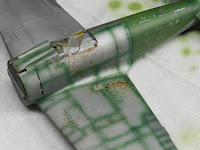 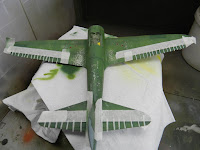 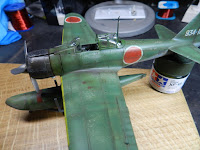 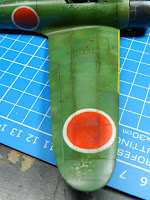 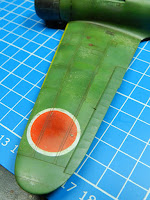 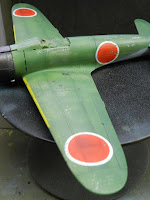 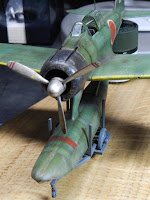 In the previous post about the IPMS Shropshire show a particular model caught my eye and asked Gary for closer shots. So here it is, a Japanese Focke-Wulf Ta 183 "Huckebein" by Richard Brooker in 1/48 for the "What If?" special interest group displayed on the JASIG stand at Cosford. 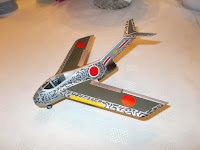 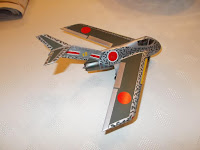 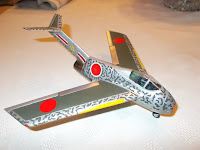 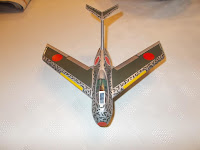 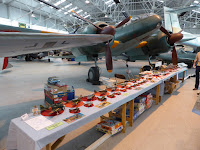 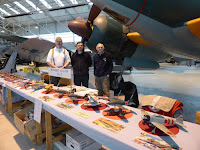 Adam O'Brien from Australia shared with our blog photos of his beautiful Mitsubishi A6M5 Model 52. The kit is Tamiya in 1/48 and apart from the riveting Adam used the hairspray method for the chipping and weathering.
Thanks a lot Adam, can't wait to see your next Japanese plane build! 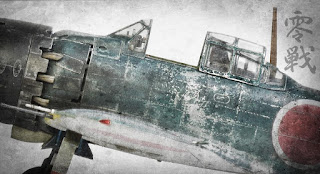 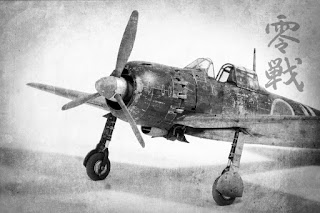 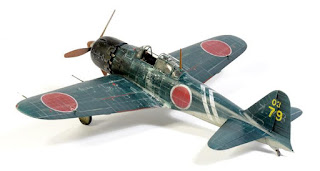 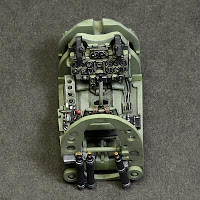 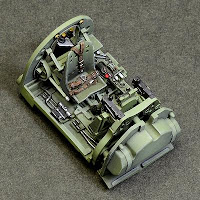 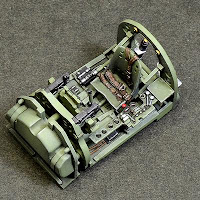 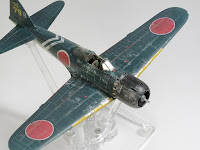 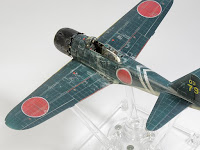