And now Group 4.
In the beginning there were only three Zeros in front of the hangar. 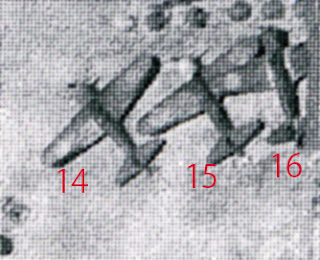 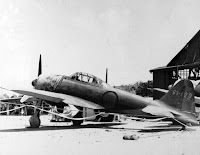 The tails of the other two Zeros (15 & 16) are not clear in the photos. But let's see the third video, of exceptional quality, from here.

From the beginning, we can see that the Zeros of Group 4 are now five.

A nice close up of the engine.

The Group 4 from a different angle. 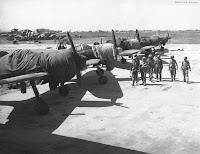 Unfortunately, we have found no more information about the rest of the Zeros in Group 4. At least for now.

There is one Zero found in a hangar that is not clear if it was brought out and was placed in a group. Tail marking is "61-125".

And ofcourse, there were Zeros that were too damaged to be of any use.

And some had various parts taken as souvenirs. 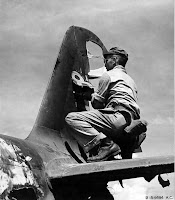 As mentioned in a previous post, the aircraft were placed on trailers...

...and were brought to Saipan harbor to be shipped to the U.S.A. 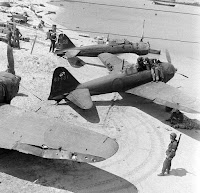 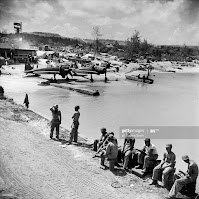 Let's see how these Zeros were placed on Copahee.

There are four Zeros we could not place in the Groups.
"8-24", below is another photo. Note the lack of tail cone.

Another Zero is "61-121". There is also the Zero without a tail number and the one in the back of the photo with a "6" tail marking we can't read.

Here's another photo of another group of Zeros carried by Copahee.

We can't read with certainty the tail marking of the Zero on the top right.

So, from the total 13 Zeros on Copahee, we have identified 8 also spotted in the Groups, two that appear only on Copahee and one without a tail marking. Plus two we can't read their tail markings. 8+2+1+2=13. But actually if you look closer at the photos, you will notice there are 14 Zeros. Seven in the first Copahee photo plus "8-34" and six in the second photo. Where's "Kate"?...
Posted by Arawasi 3 comments:

Zero Group 3 is a lot clearer. 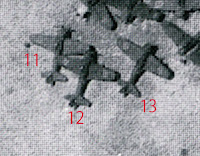 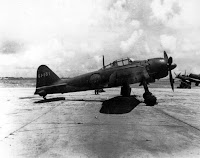 Zero13 is not very clear in most photos so it's time for the second video from here. 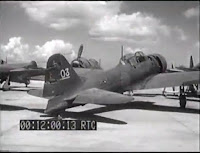 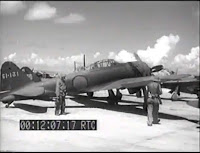 At the end of the video we can see the following aircraft in the hangar. 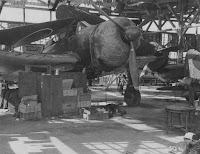 It belonged to the 931 Kokutai same as the "Mavis" we saw in a previous post. Actually the existence of  the "Kate" confirms that this particular unit was active in the area and as a result confirms that the tail marking of the "Mavis" was a "KEB", not a "KEA" (901 Kokutai).
At some point the "Kate" was pushed out of the hangar and was loaded on a trailer to be shipped to the U.S.A. 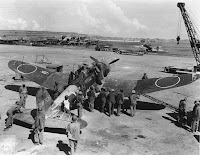 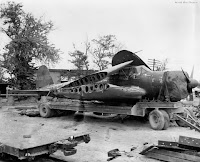 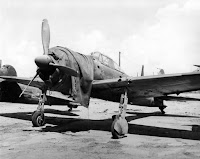 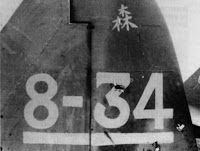 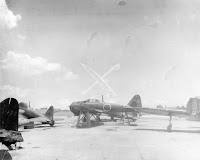 It's "61-106" and I'm leaning towards Zero 9.
Posted by Arawasi No comments:
Newer Posts Older Posts Home
Subscribe to: Posts (Atom)