A photo of a Type 96 Attack Bomber or Mitsubishi G3M2 Model 22 "Nell"; unit unfortunately unknown. Note the very weathered camouflage and the bombload of two 250kg and at least one 30kg bombs.

A group of Type 99 Twin-engined Light-Bombers or Kawasaki Ki-48 "Lily" belonging to the Hokota Army School. Note the different individual markings in the form of fuselage bands. One red (or maybe blue), two reds, three reds, one yellow & two whites. All aircraft are overall hairyokushoku (gray).

On June 1, 1940 in the sport grounds of the Yodogawa Park in Osaka, a ceremony was held during which a glider was donated to the Osaka Prefecture by the students of the "Izuo Jyogakko" (Izuo Girl's High-school) in appreciation of the effort the schools in Osaka were doing training with gliders.
The model was "Mombuso-gata" (Ministry of Education-type) and the glider was named "Shirayuri-go" (White Lily) from the school emblem.
The glider was built by Fukuda and a female member of the manufacturer staff, Okamoto Tokuko holder of glider pilot's licence 1st class, flew it with the help of the girls who were particularly excited and all wanted to give it a try.
The ceremony was held on that day to celebrate the foundation of a "Koku Fujin-kai Shojo-dan" (Woman's Aviation Association, Maiden Group) organised by the headmaster of the school, Yonei-sensei.

In the last photo Okamoto Tokuko is standing by the glider tail. On the top is the school emblem, underneath the kanji read "Shirayuri-go" and the kanji inside the "seal" read "Osaka-fu" (Osaka prefecture.
The school is still in existence today. Their emblem has changed a bit but the main design seen on the glider tail is still there. Here's link to the school site with their emblem on the top left corner.
Posted by Arawasi 5 comments:

In this final post we'd like to present some very interesting models and dioramas, we unfortunately missed the names of the clubs.
A gull-wing "Hayate" by Sugiyama-san in 1/48!!!! 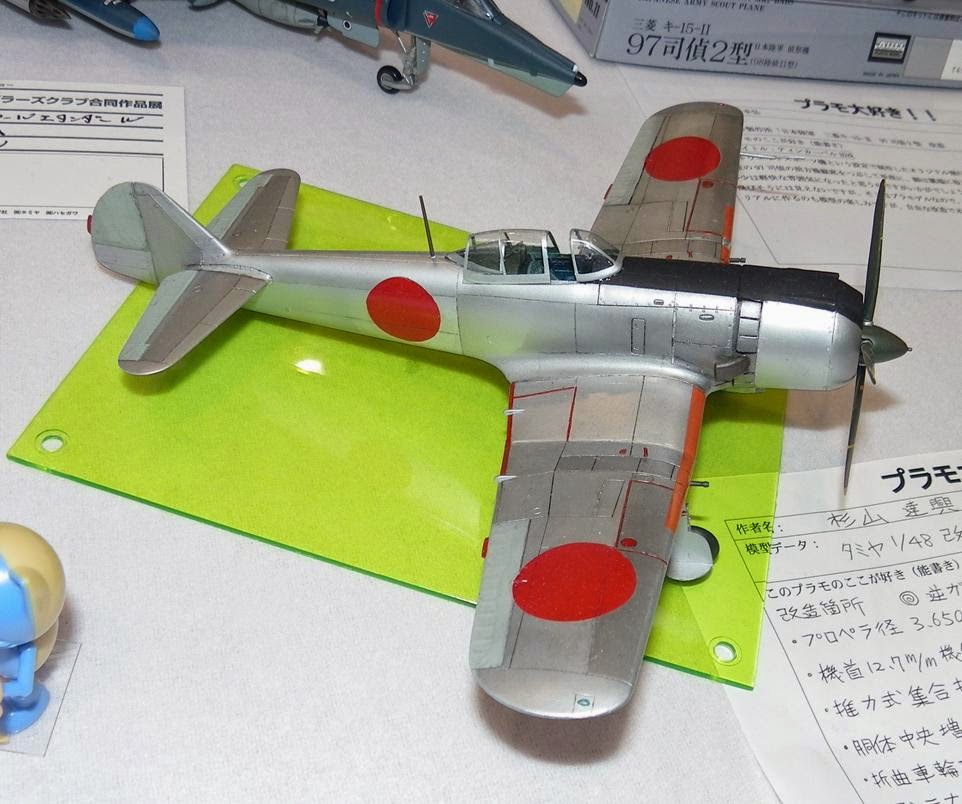 One of the best dioramas in the show built by Masato-san entitled "Scene of the Zero Fighter & Hangar" in 1/48, featured in a recent "Scale Aviation" issue.﻿ 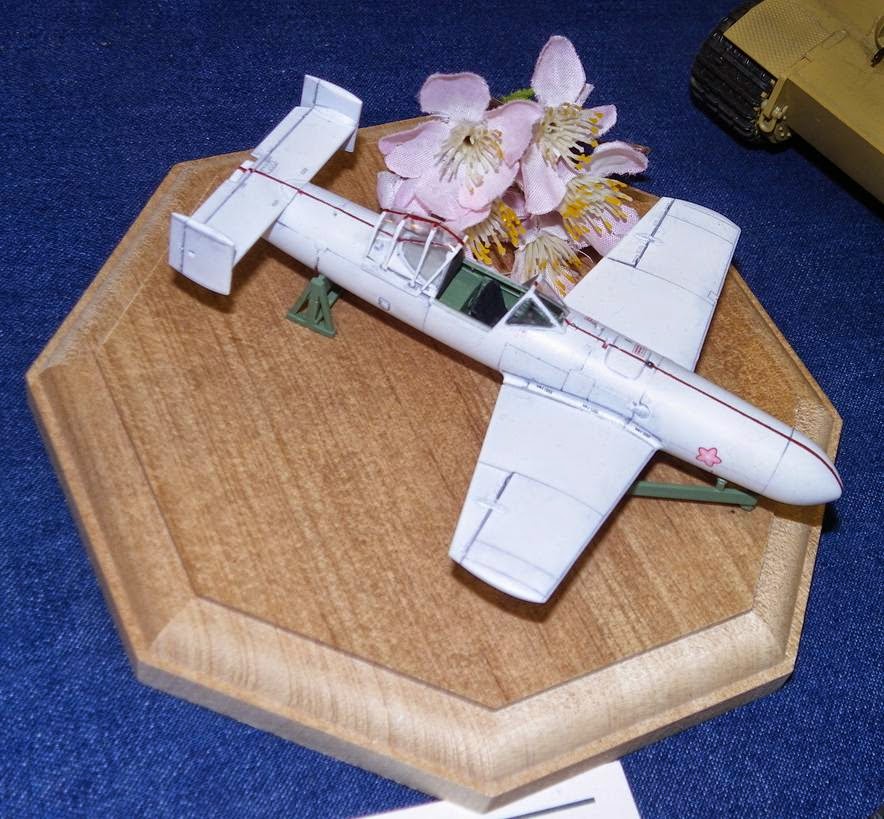 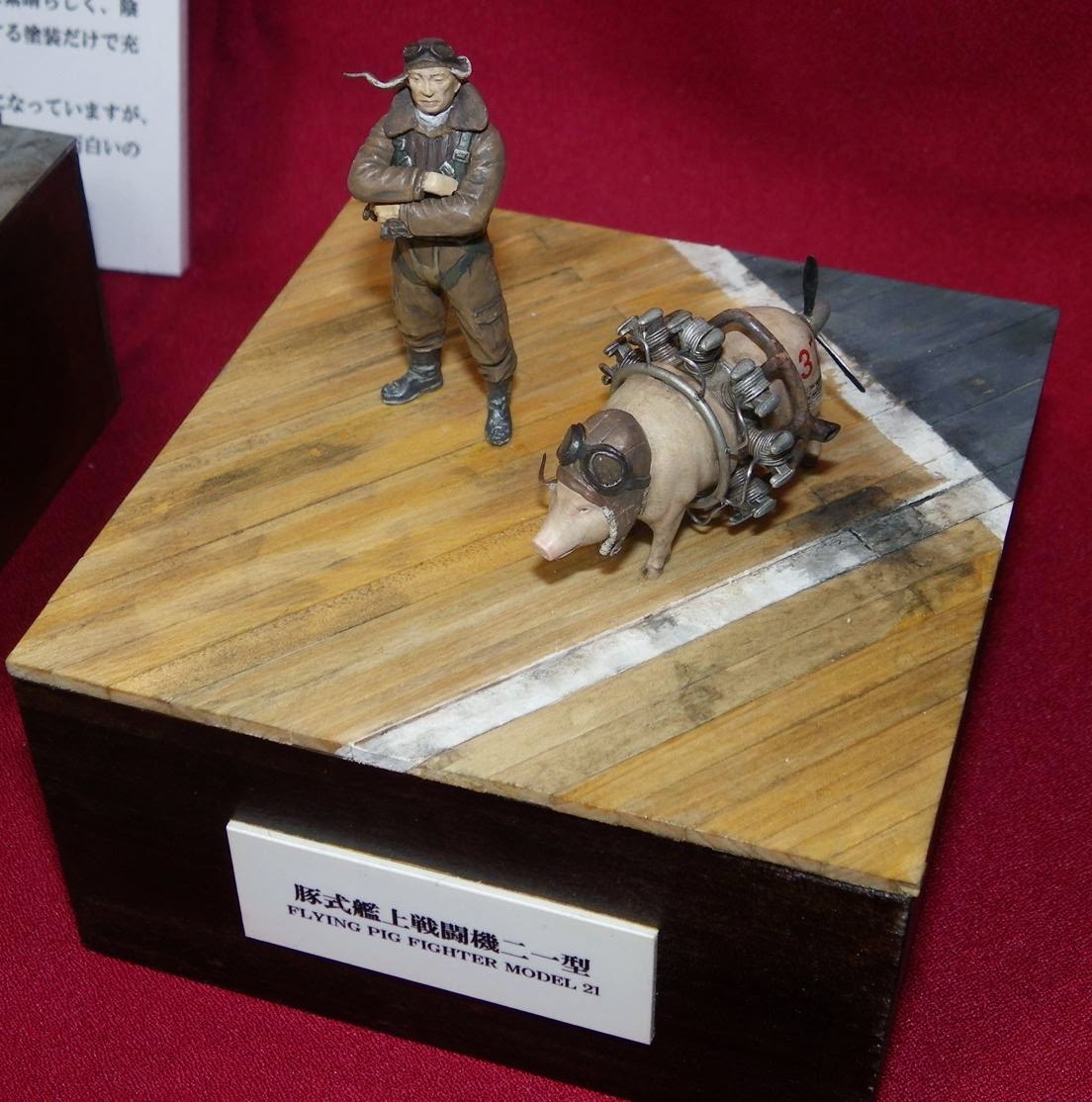 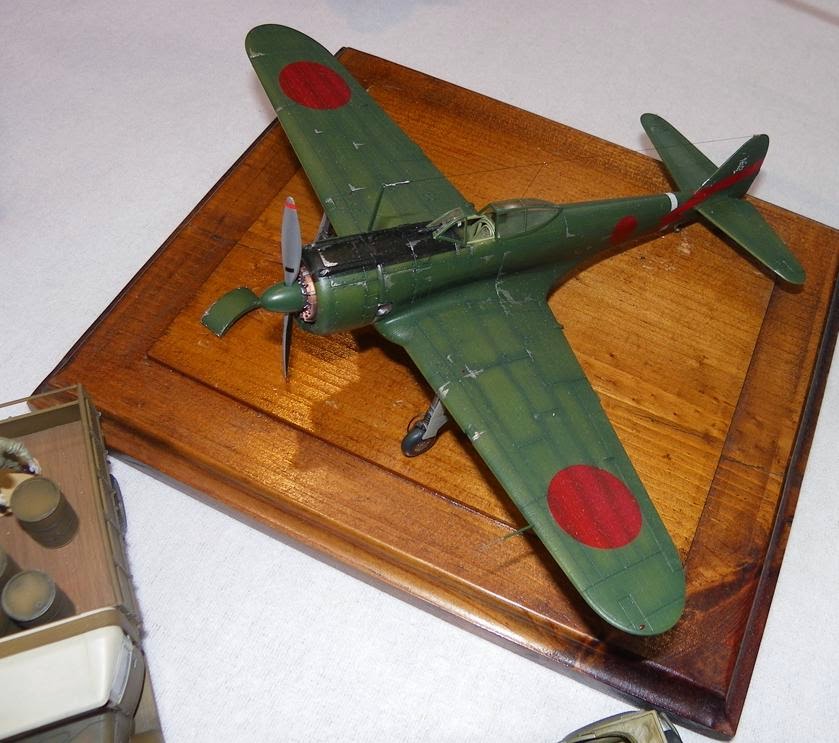 We hope you enjoyed our coverage of this year's show.
Posted by Arawasi 2 comments: 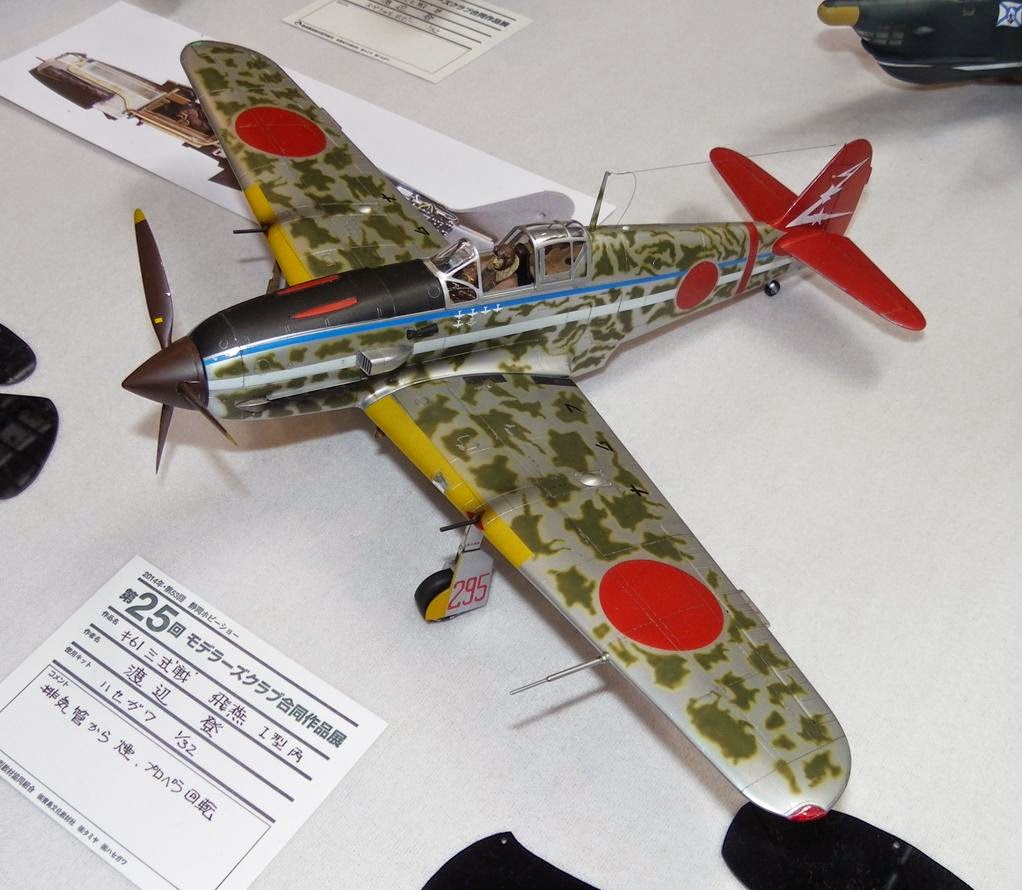 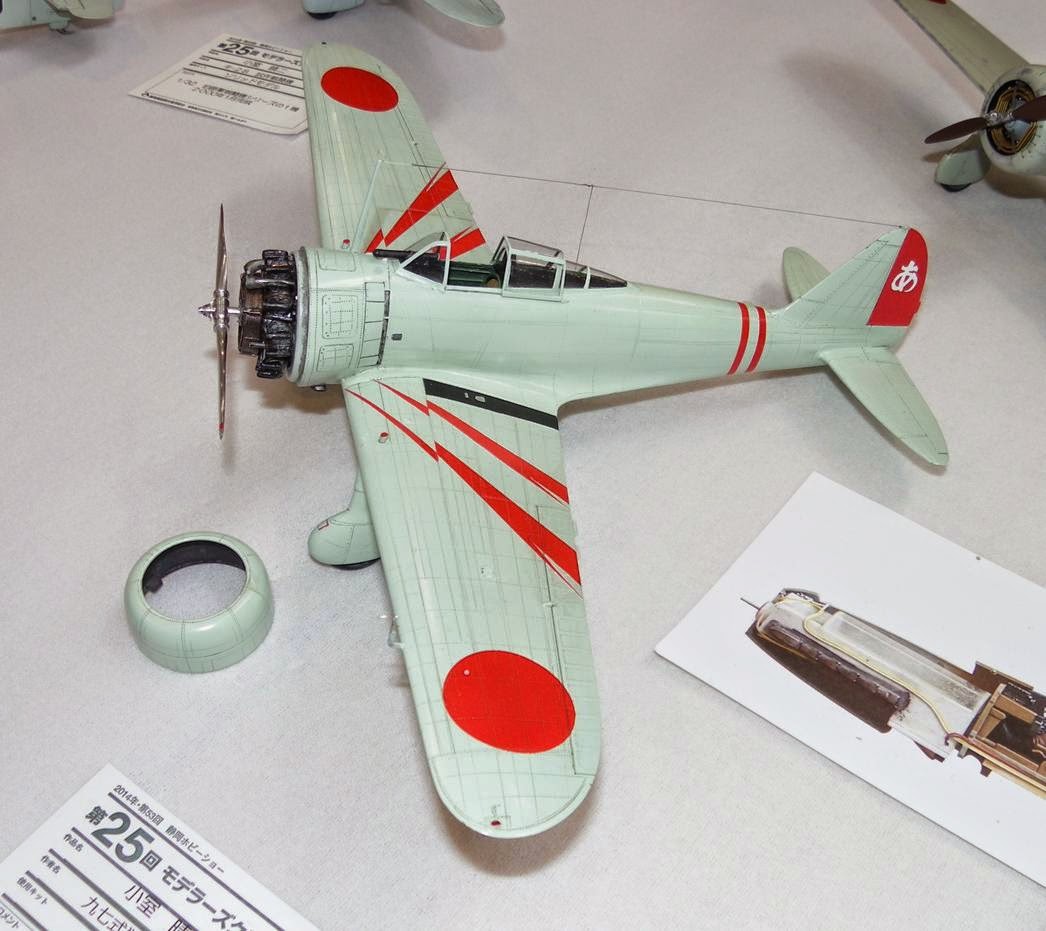 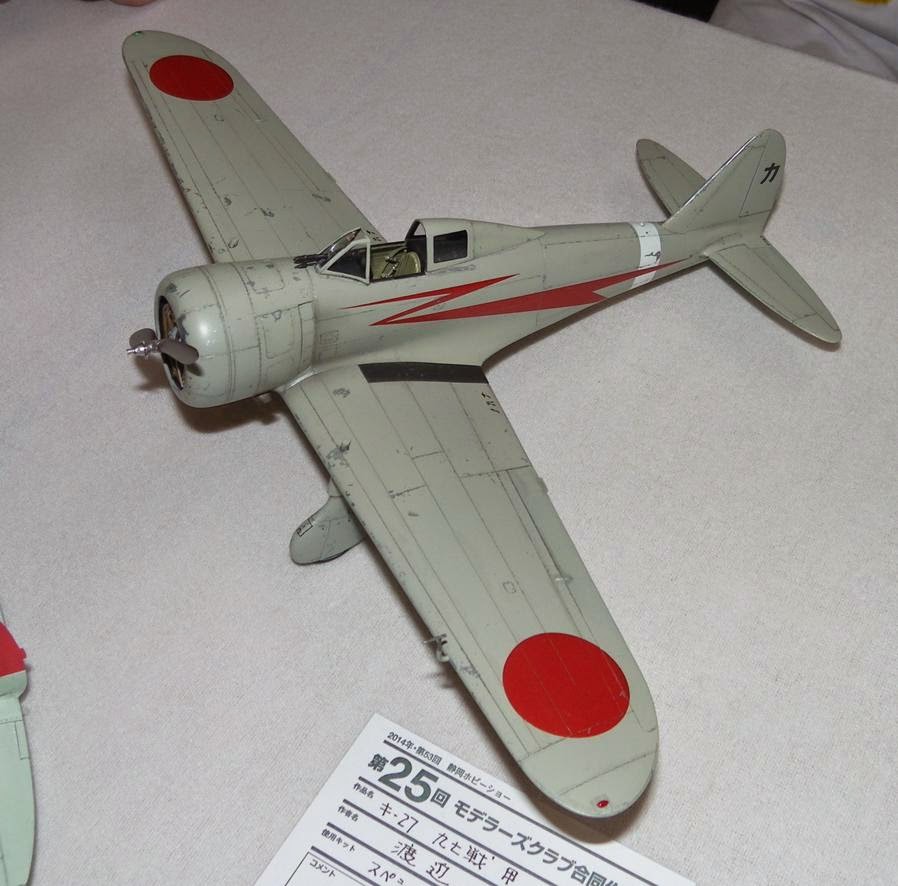 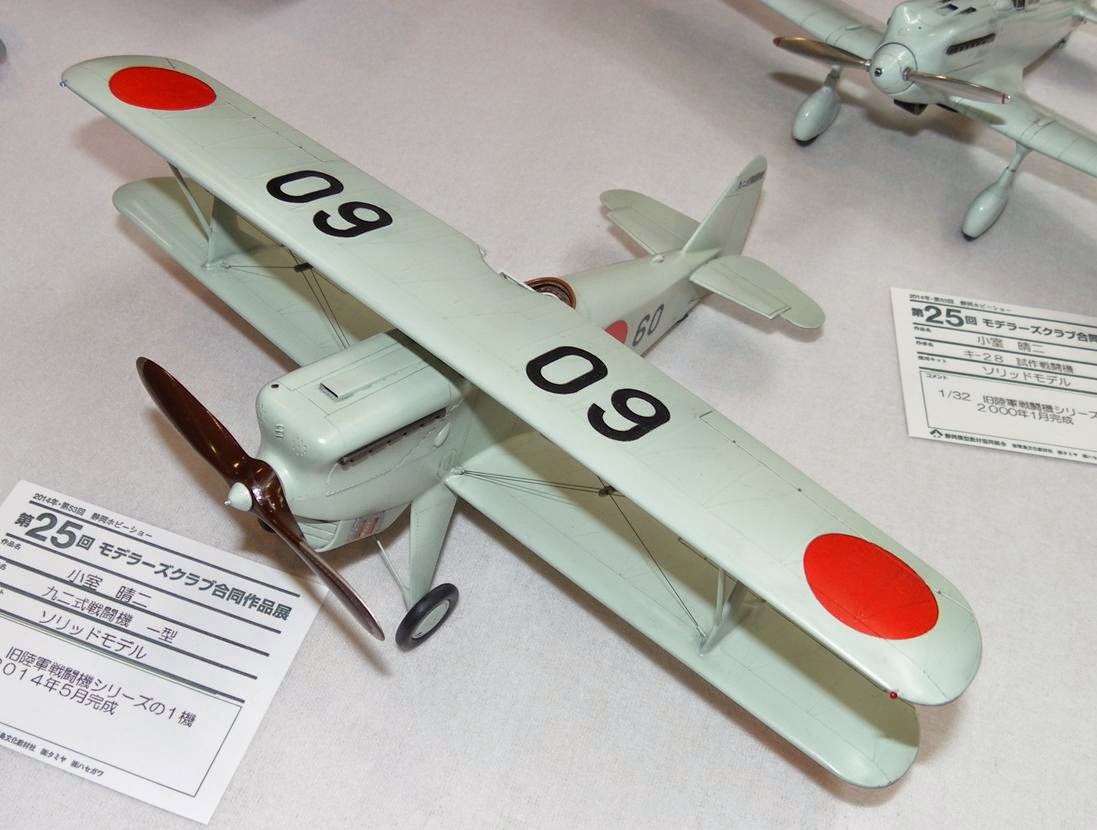 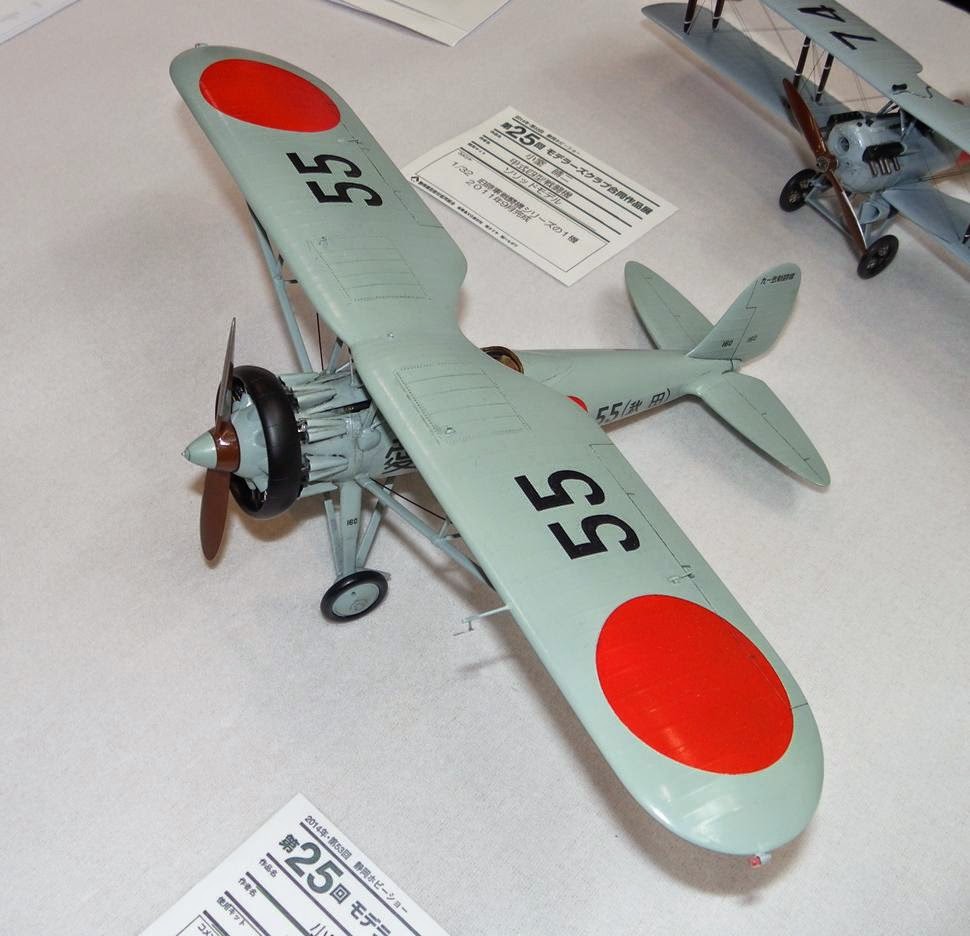 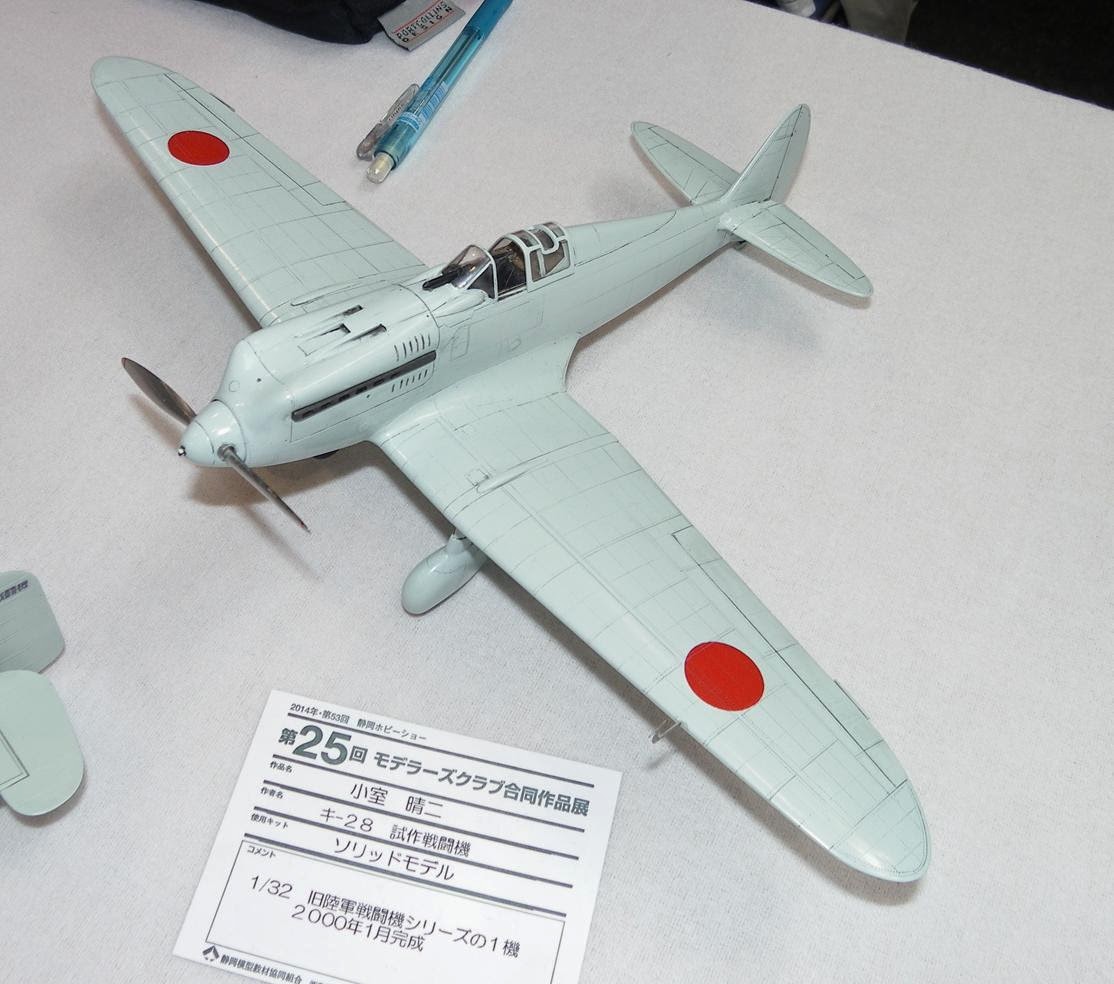 Zenkoku Solid Model Rengo-kai, with members of solid-model clubs from all over Japan. Note the amazing wooden "Gekko" by Nishino-san in 1/24 (?). 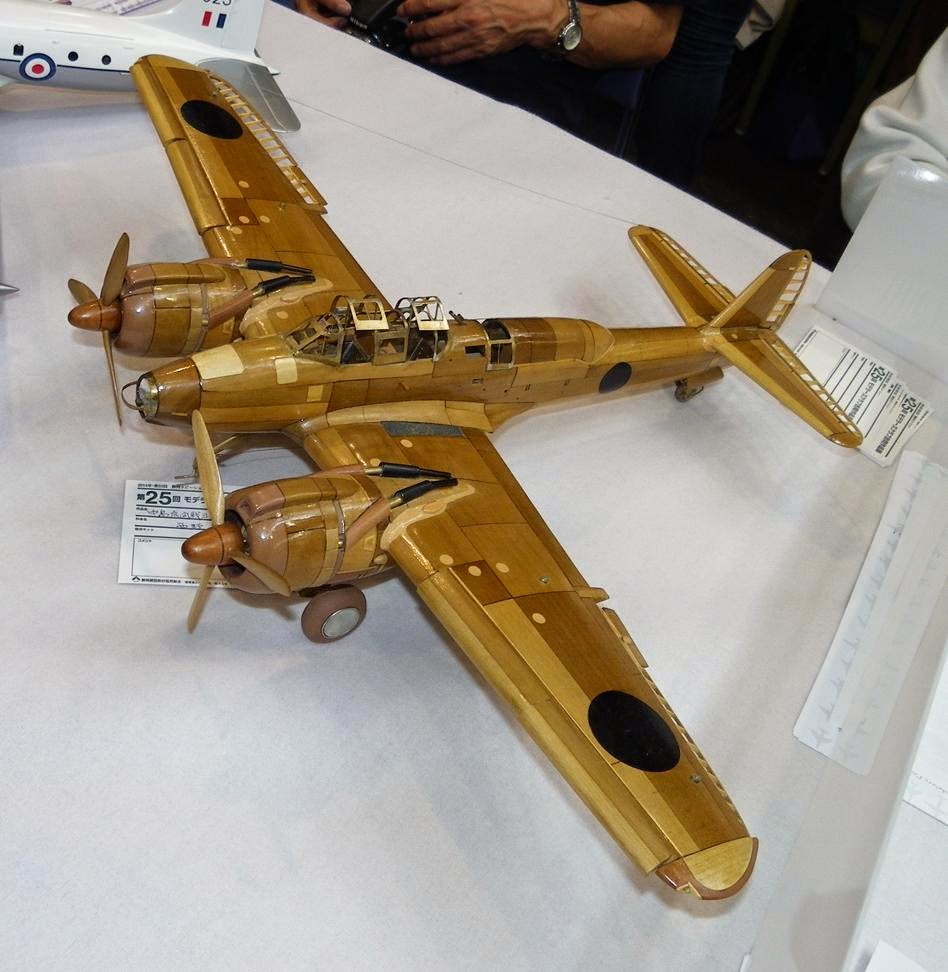 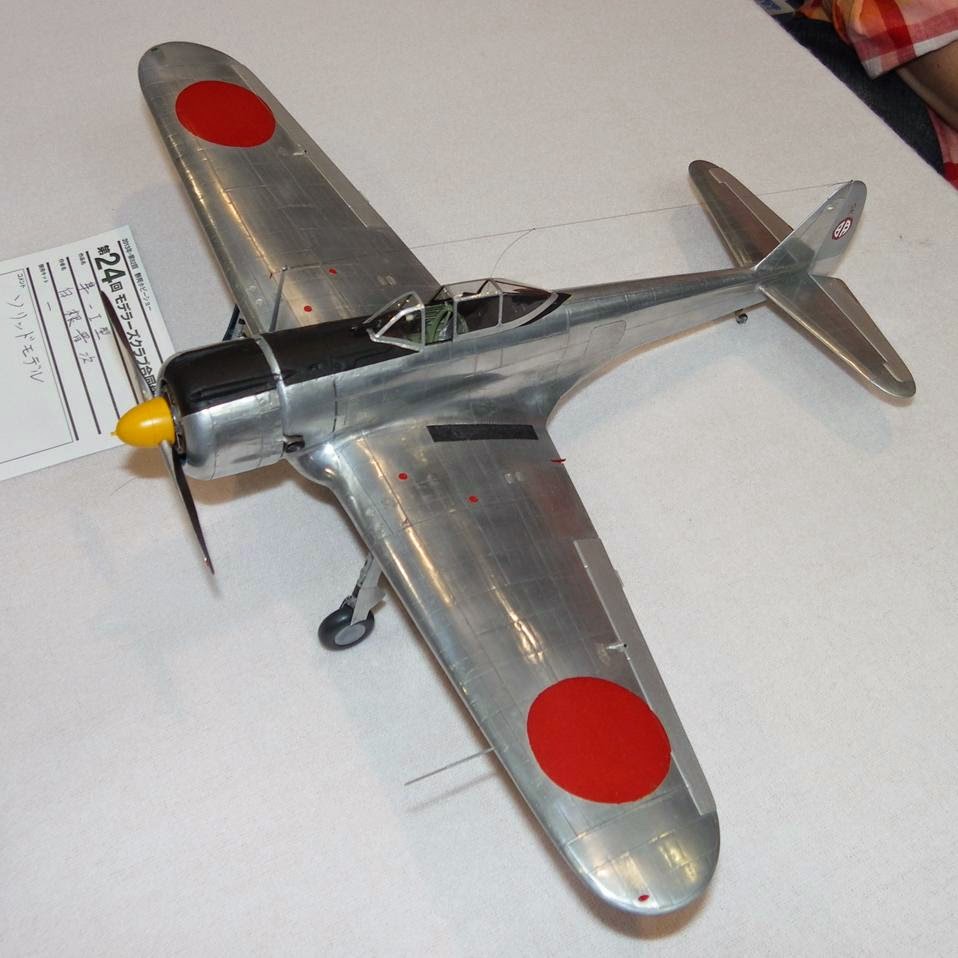 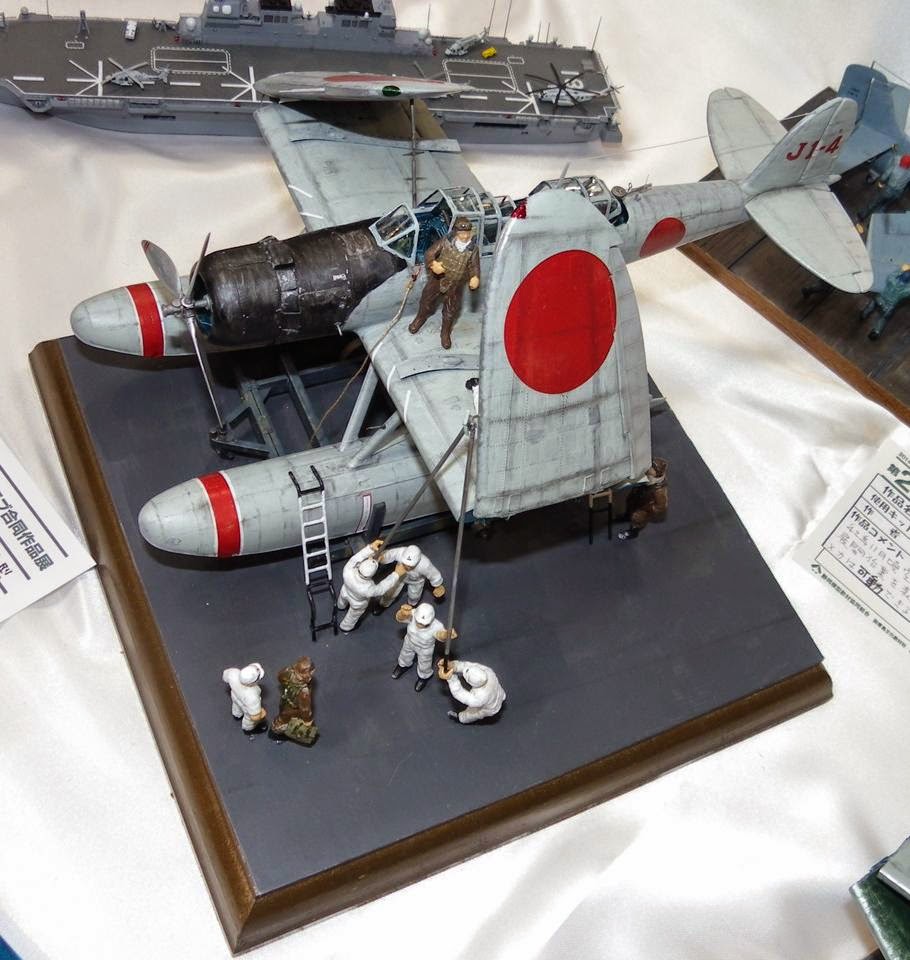 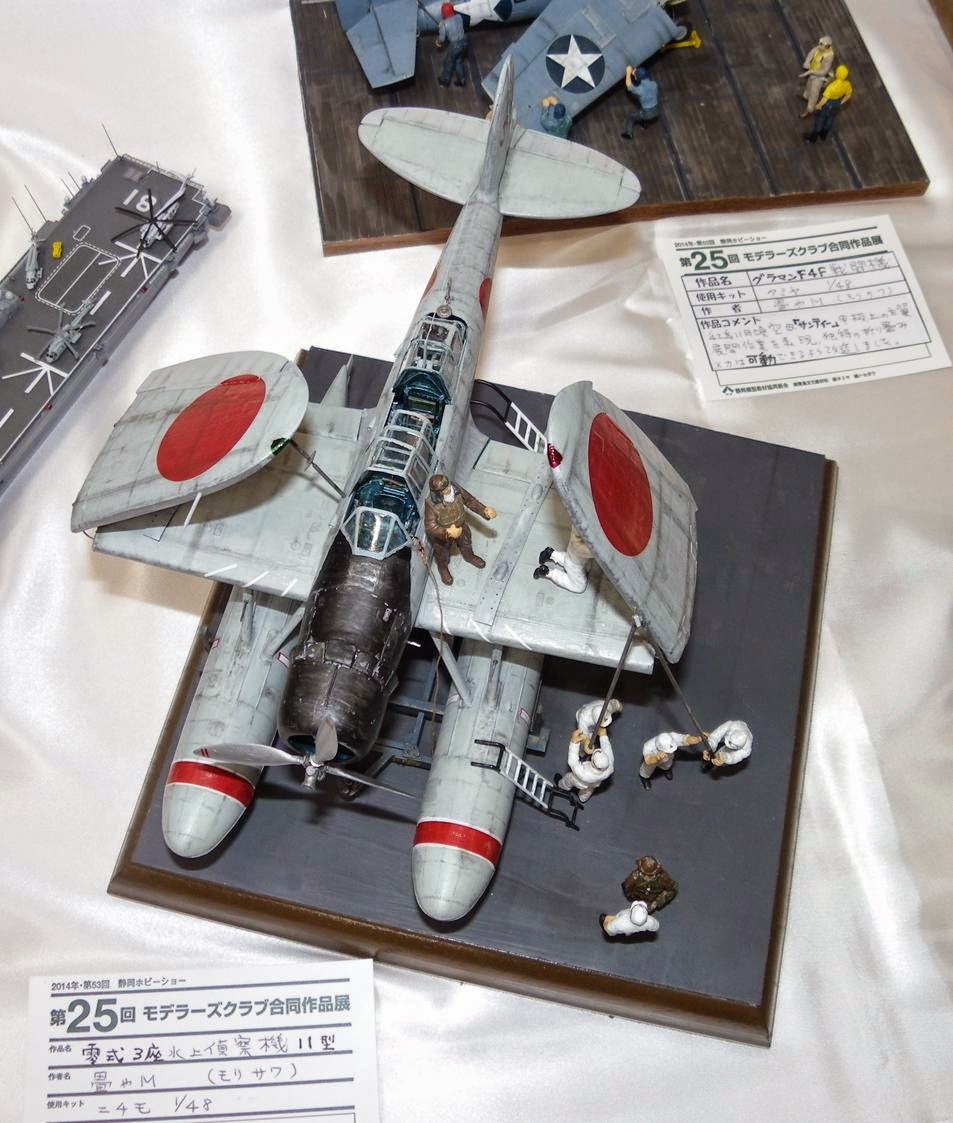 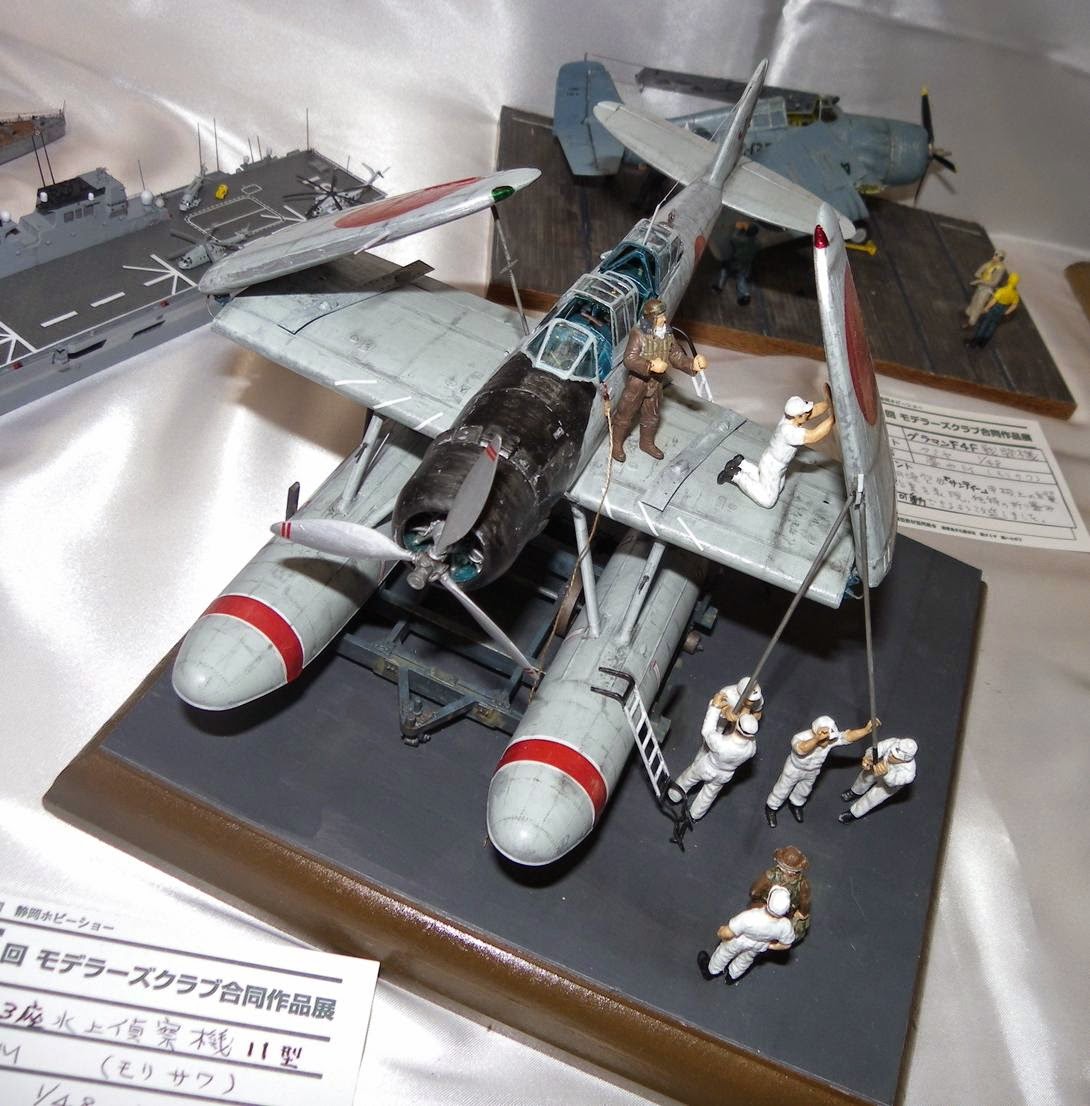 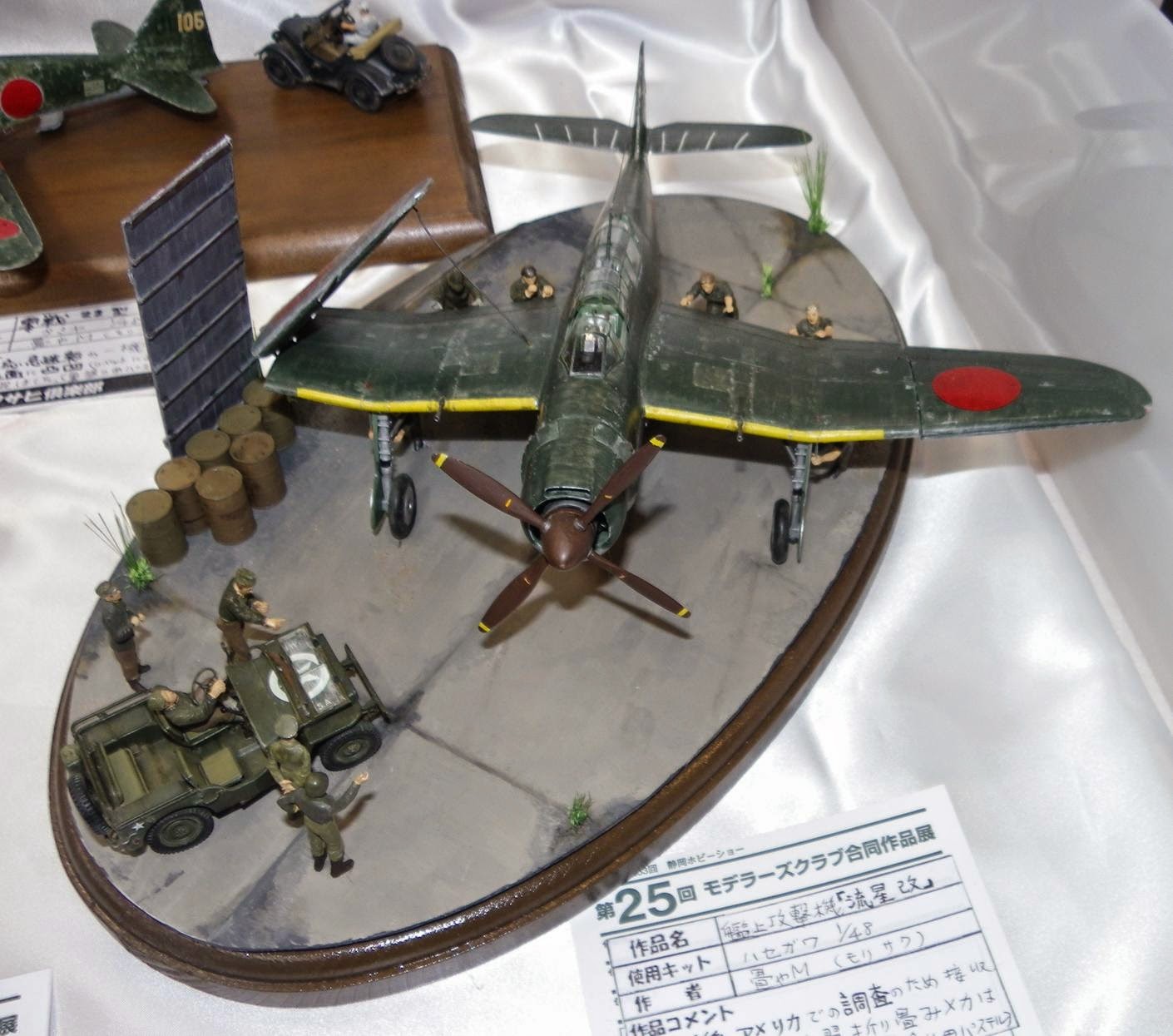 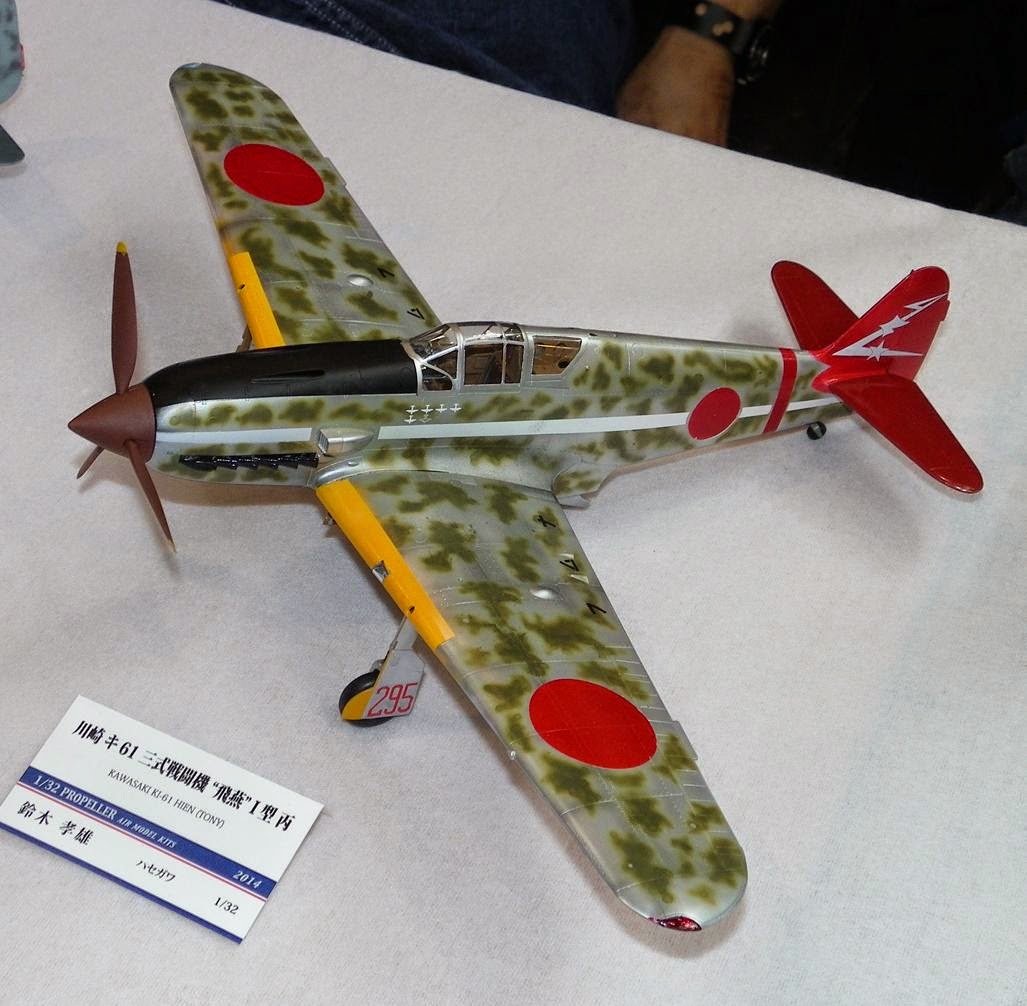 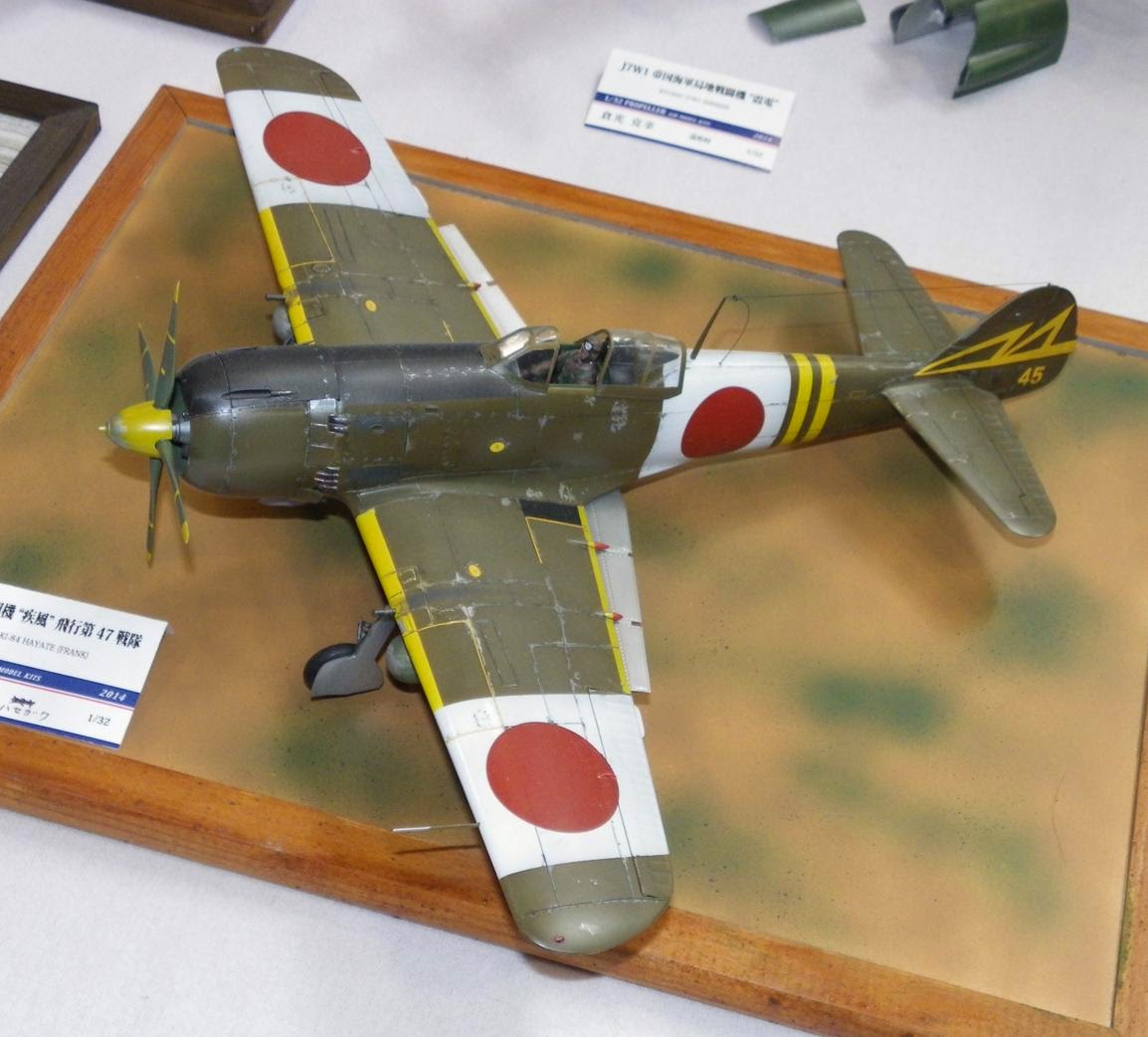 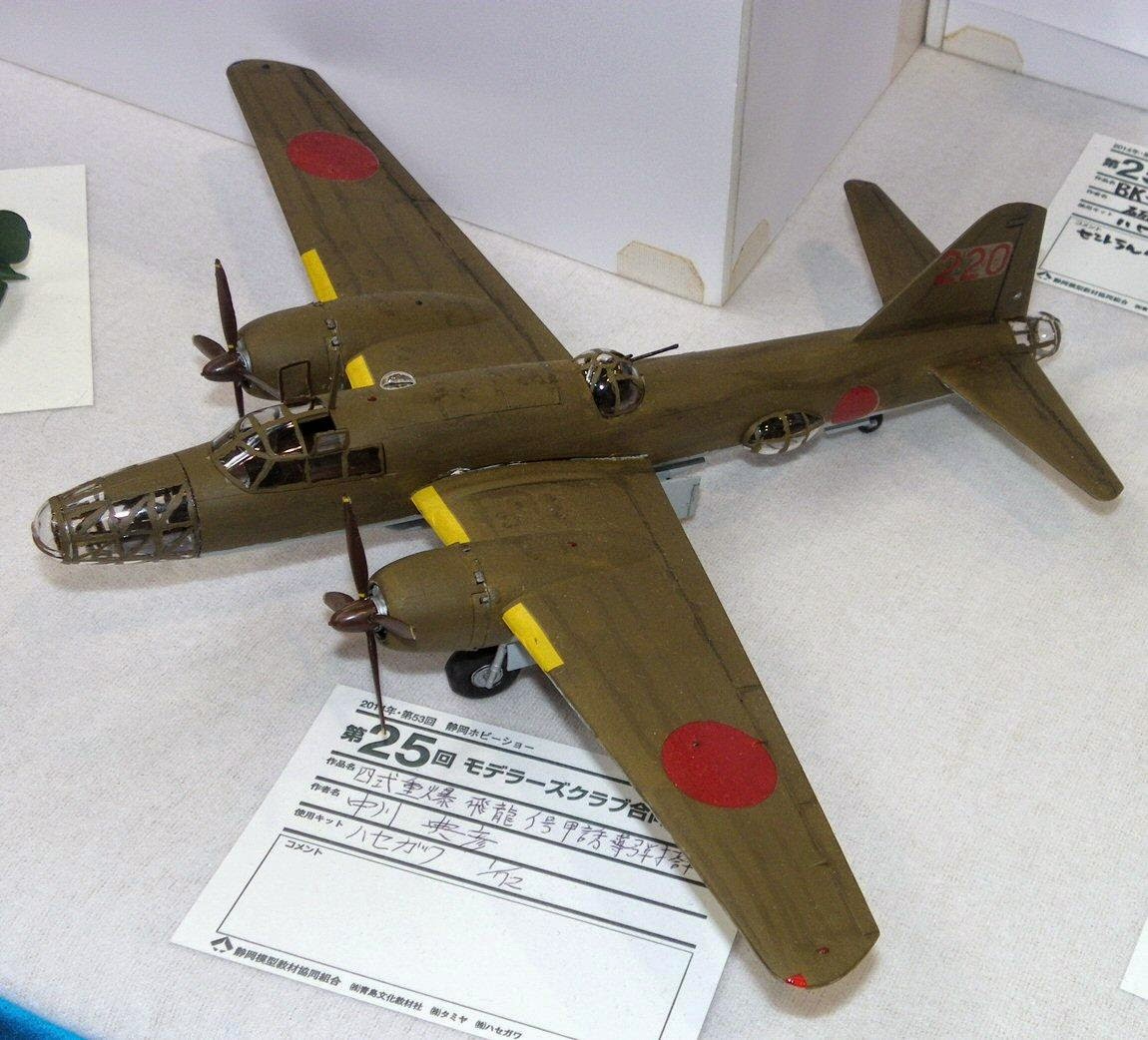 All models in this section were built by Kato Hiroshi-san and they were overall the most interesting collection in the show. Note the resin "Reppu-kai" in 1/48 by Z-Models, the extra super cool "Raiden" prototype, the weird looking Zero with gul-wings and the superb "full scratch" 7-shi Carrier Fighter, featured in the magazine "Model Graphics". 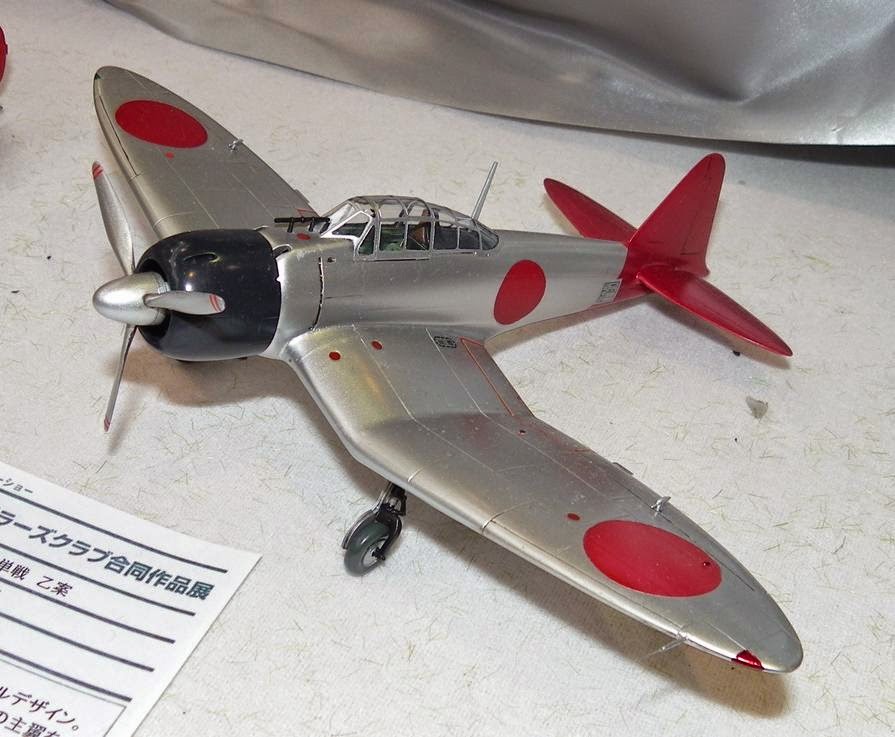 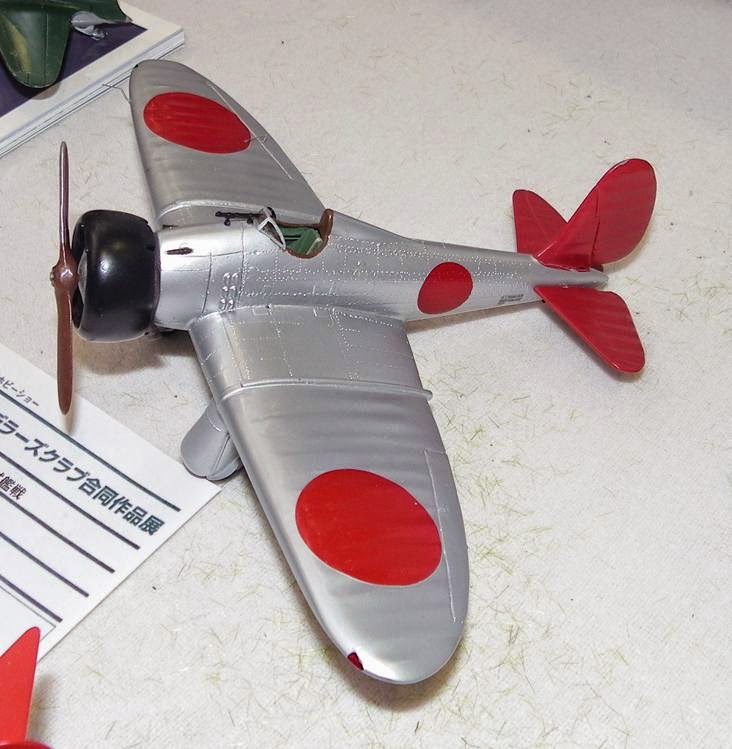 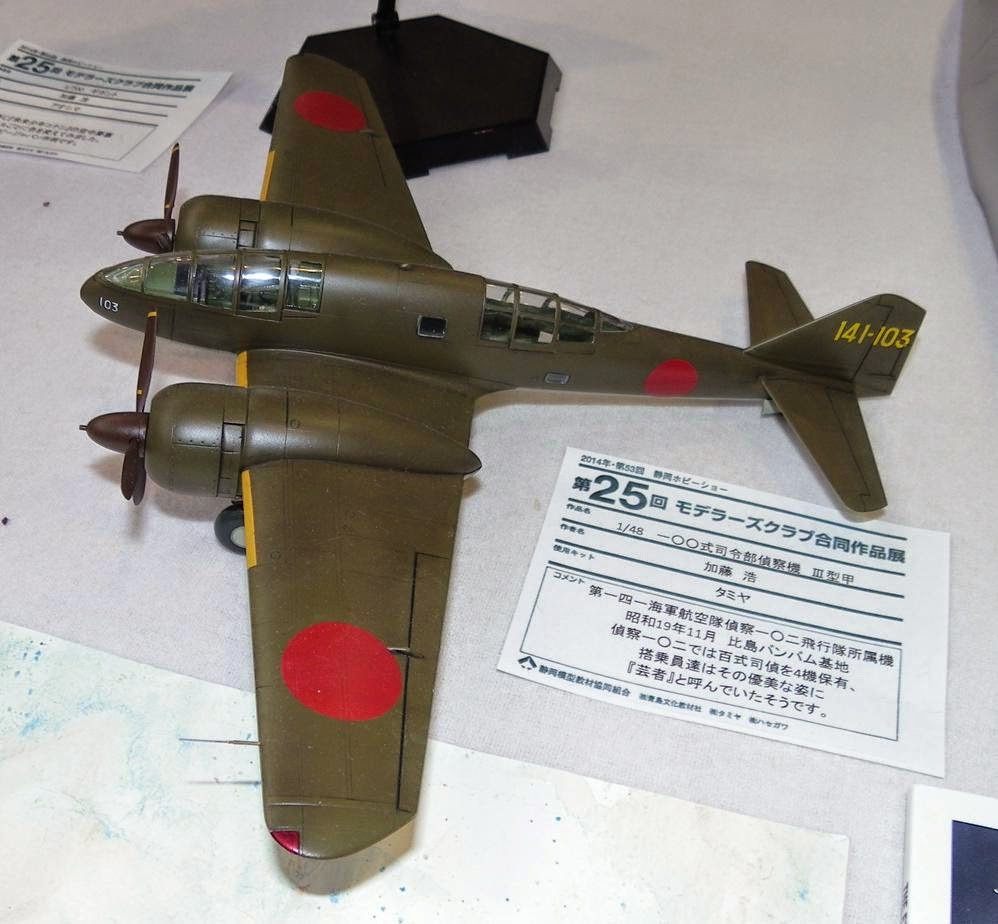 Blog! Modelers, with on-line members
The Ki-9 was one of my most favorite models of the show. 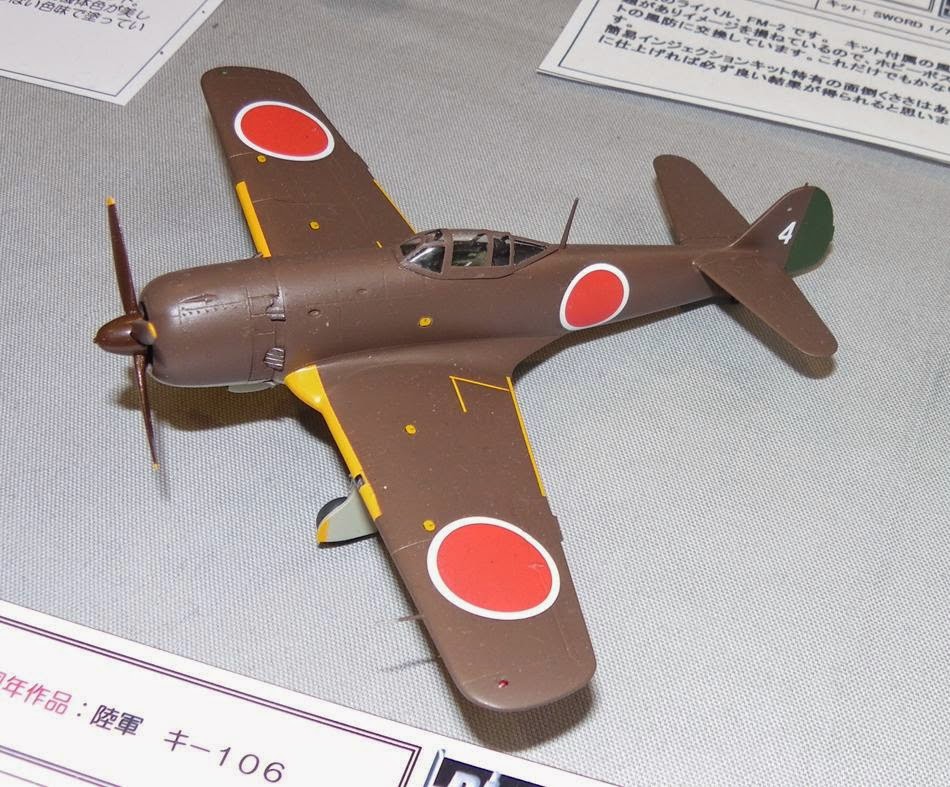 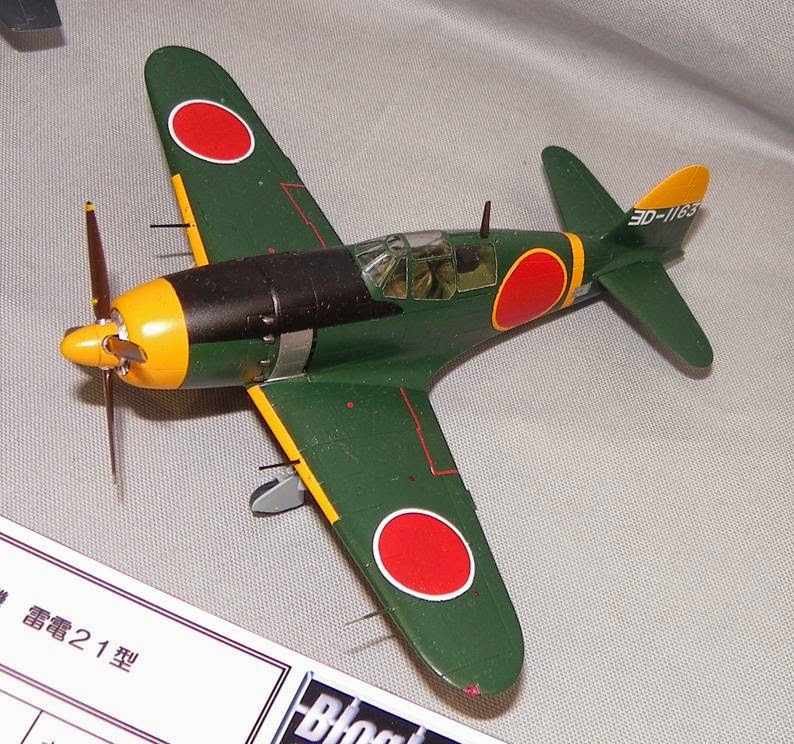 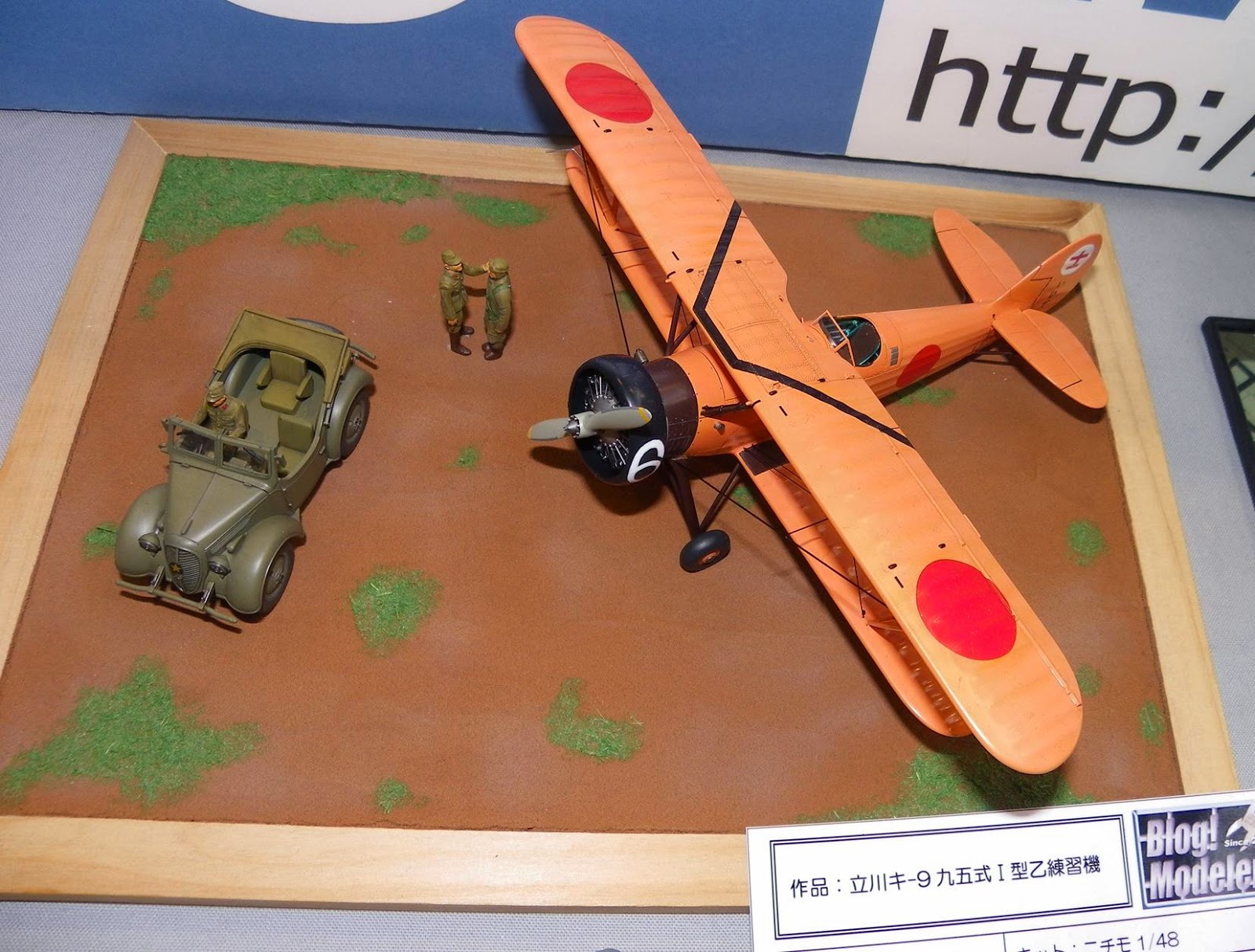 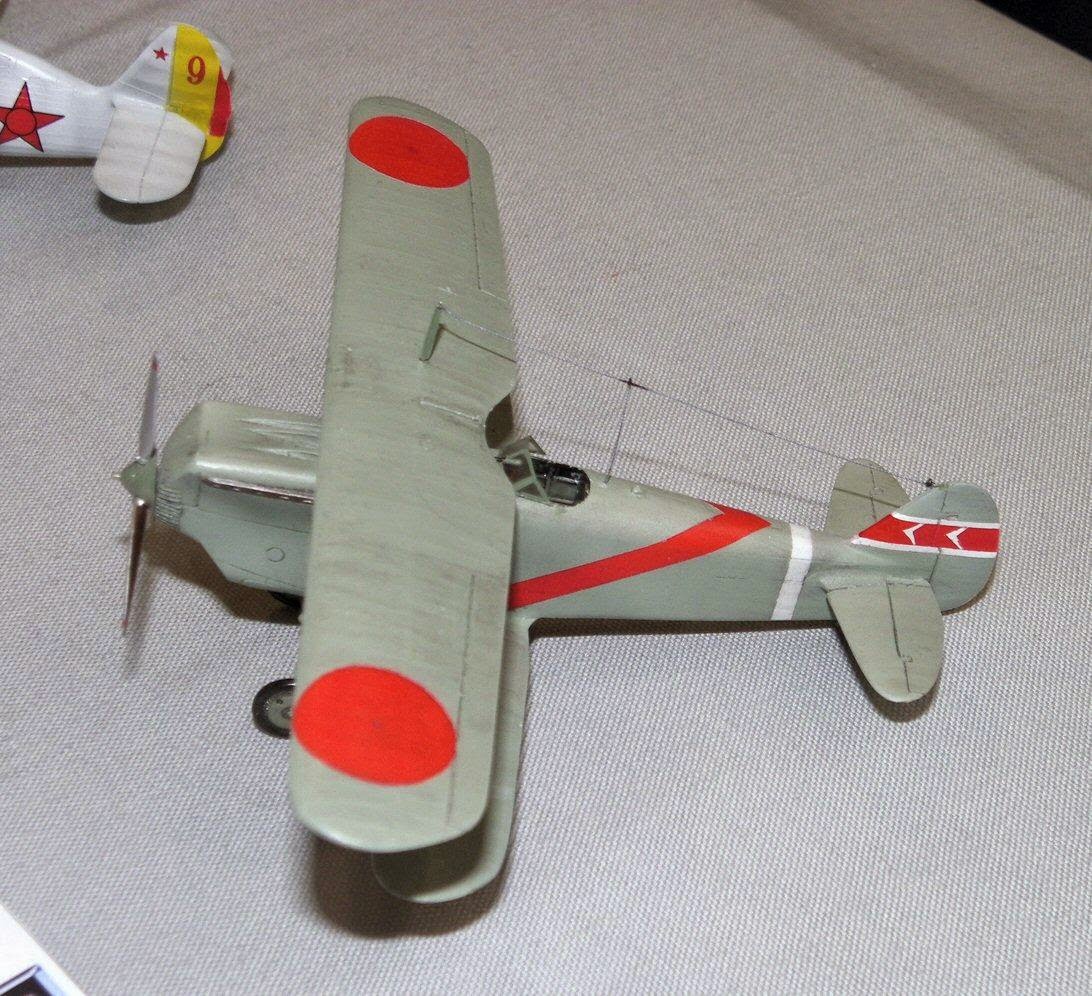 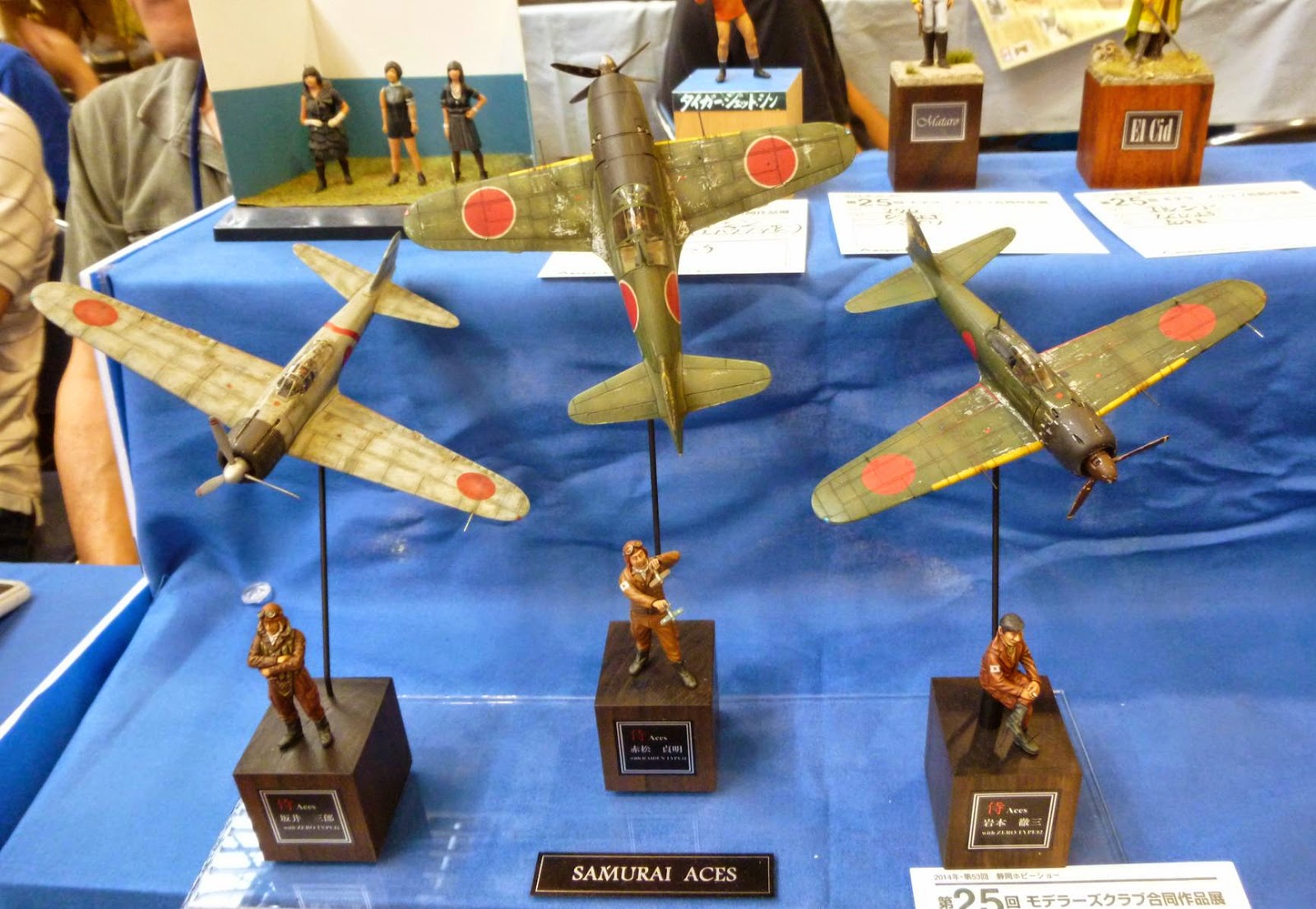