Peter Dasso sent us photos of the Japanese aircraft (and more) models in the show and mentioned:
"I was at the Hong Kong model show this weekend, and there were a handful of Japanese planes, so I took some pictures. The Gekko was my own submission, though it didn't win any prizes (one of my other models, a Mosquito, did). The B5N2 was awarded best "Sino-Japanese War" topic. The J7W1 was 1st prize in aircraft, though I personally am not sure it was necessary to put so much weathering on a plane that never saw combat. Hope you like them!" 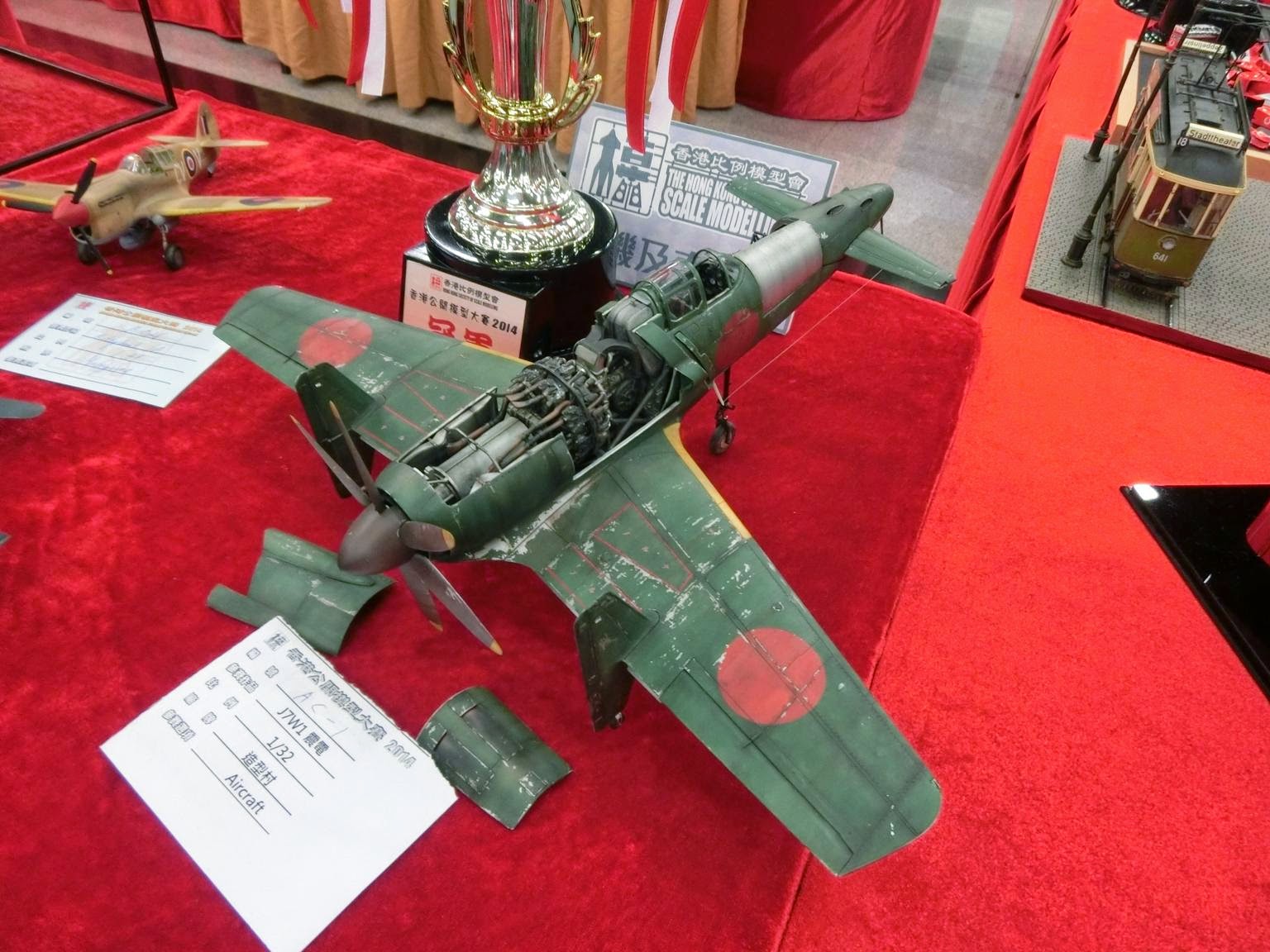 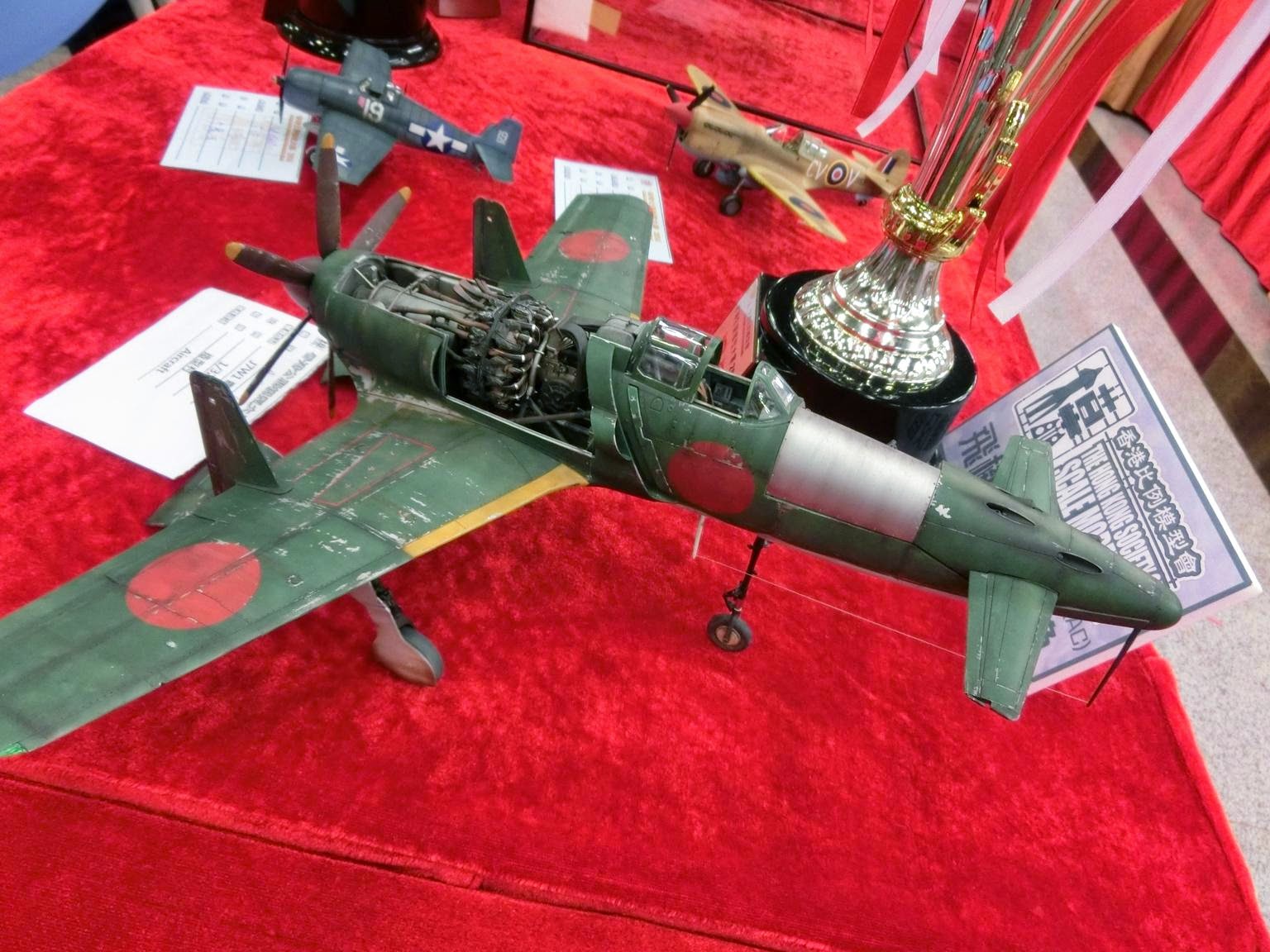 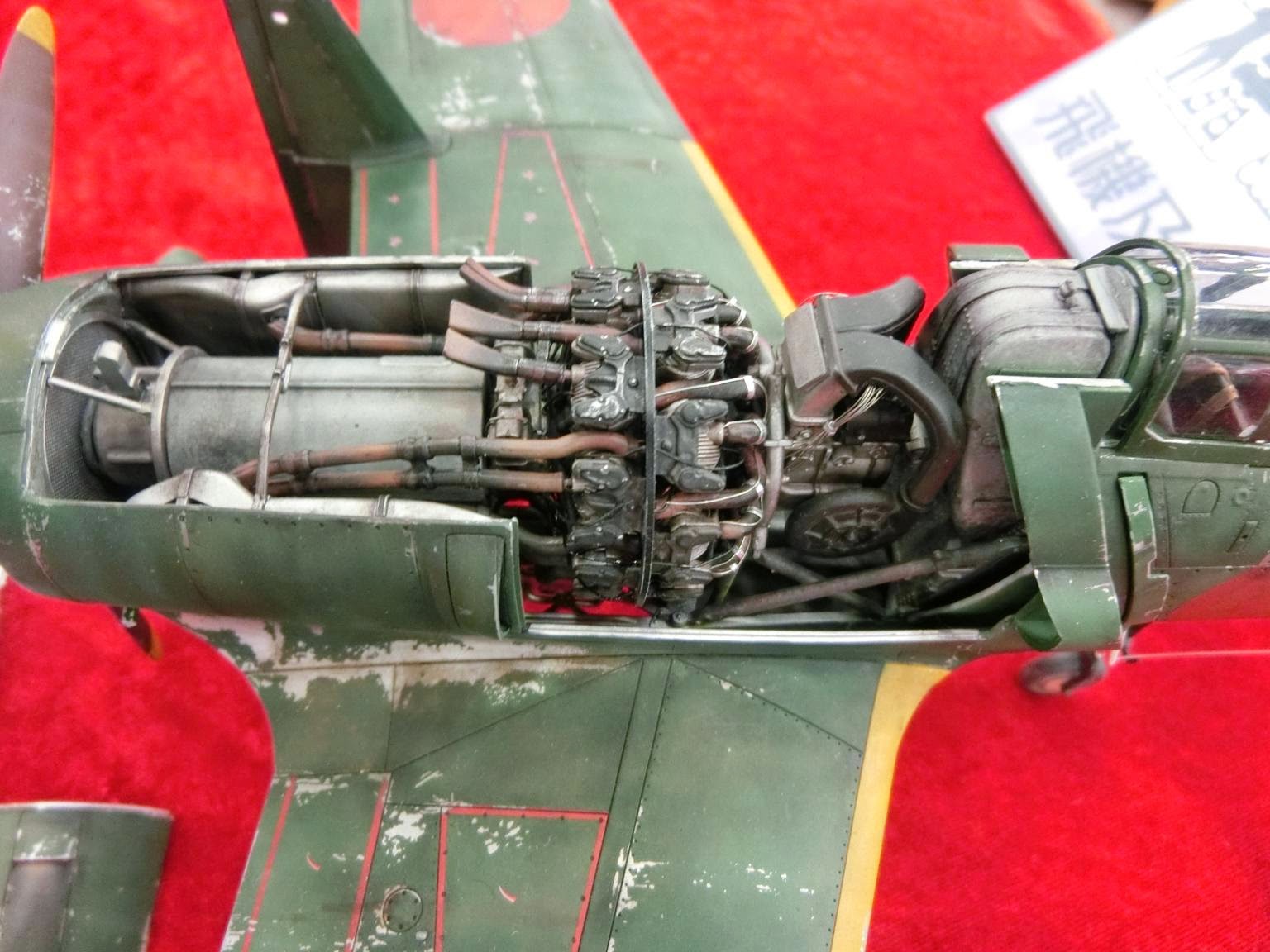 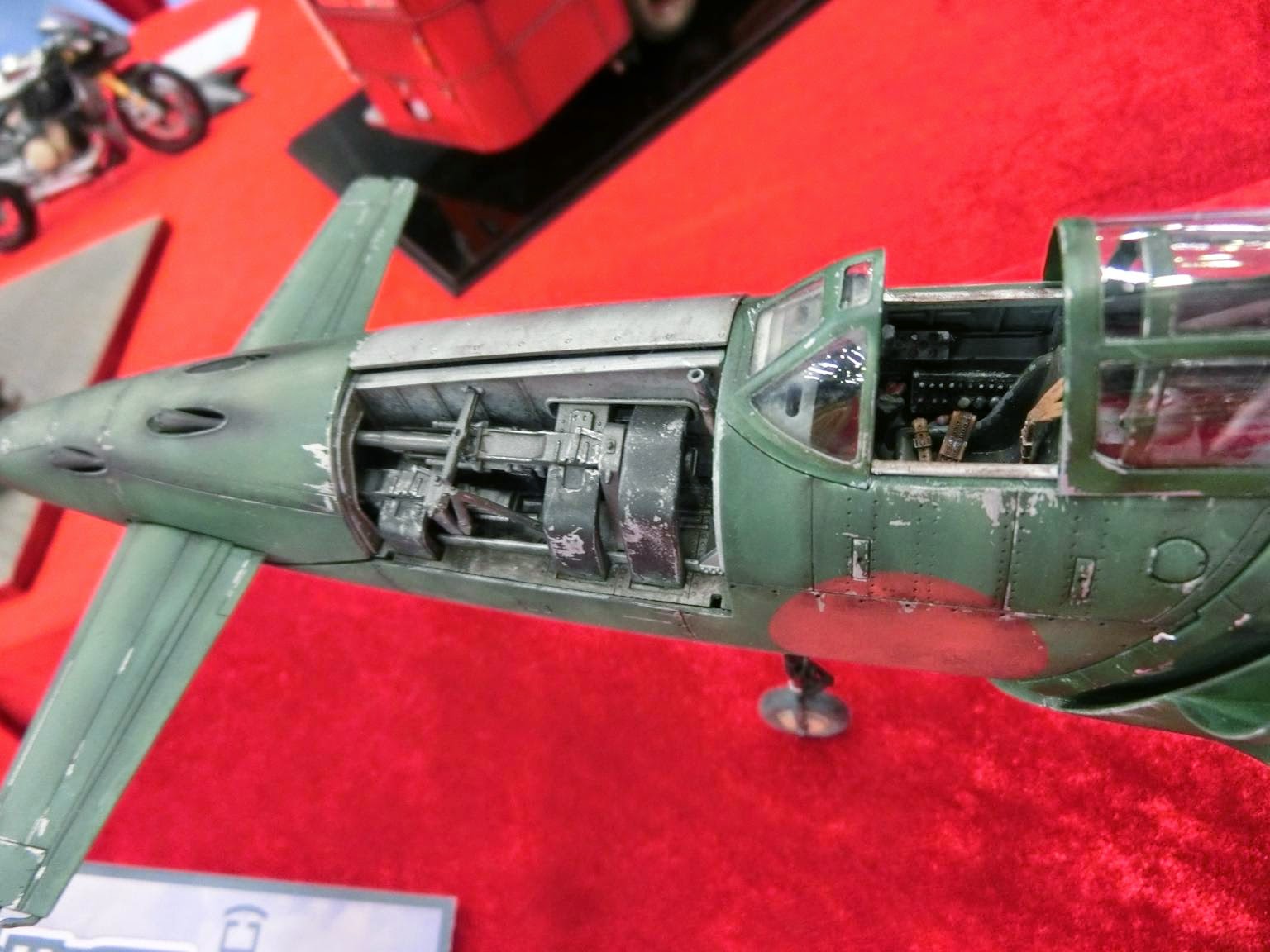 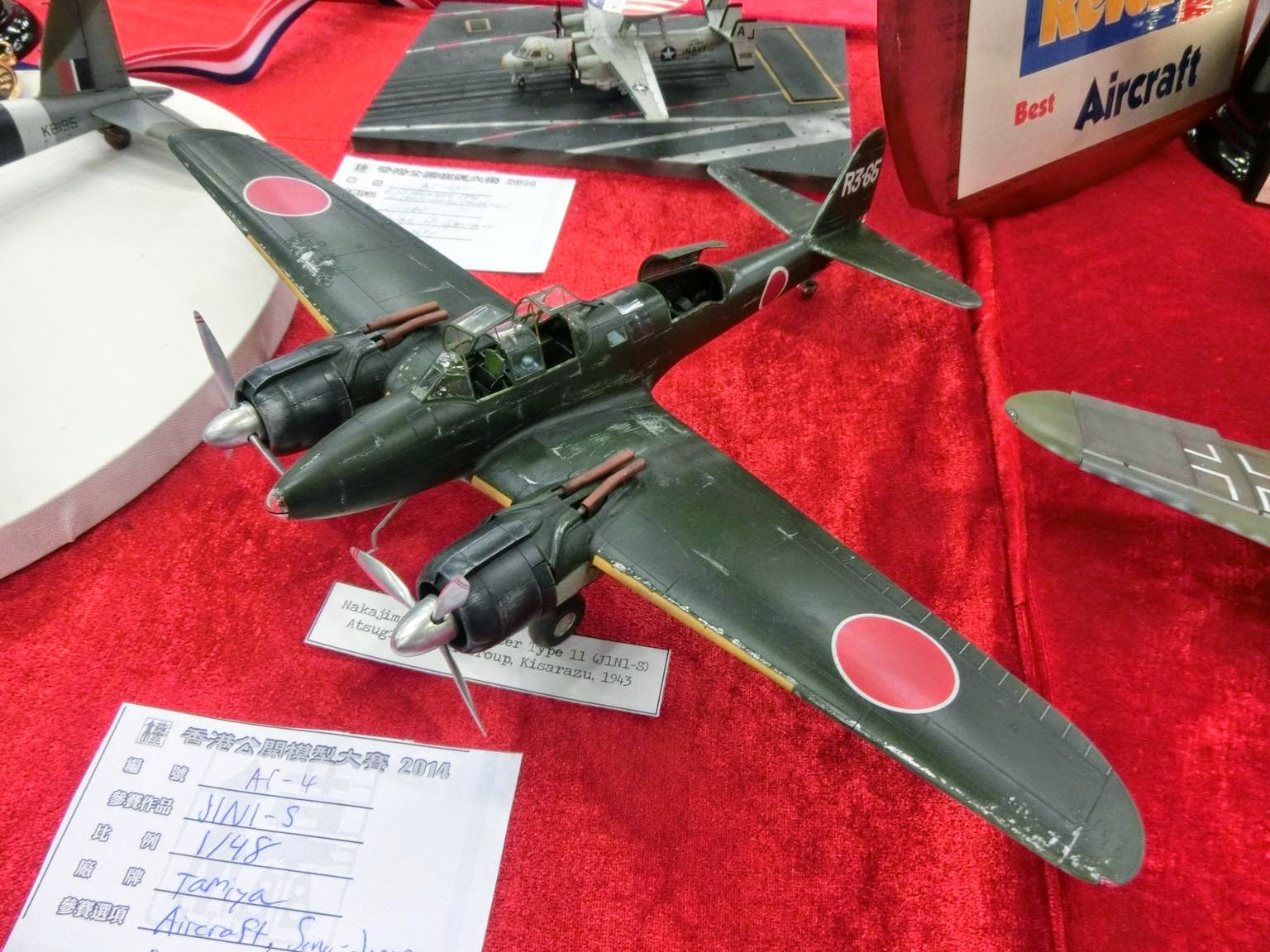 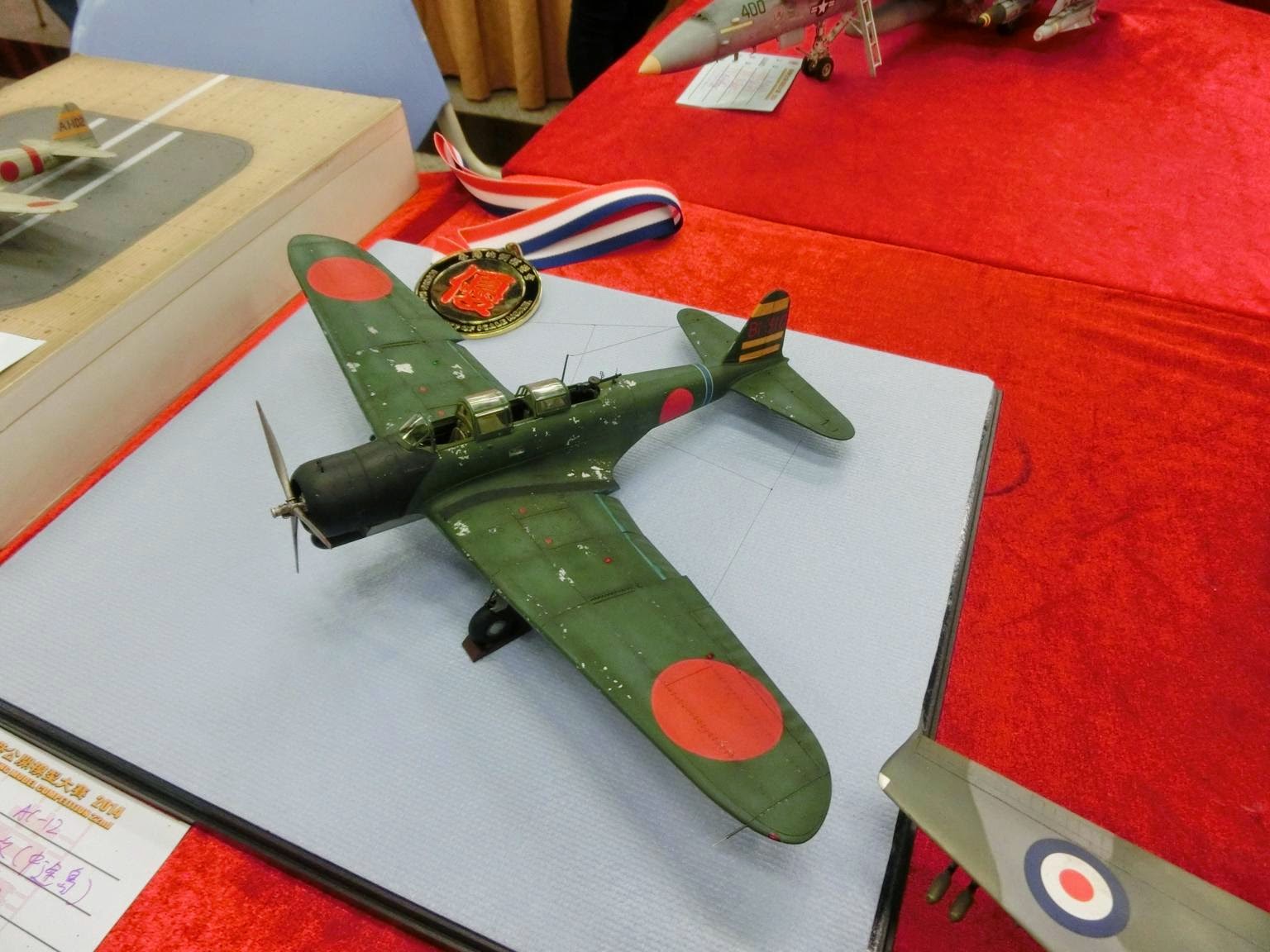 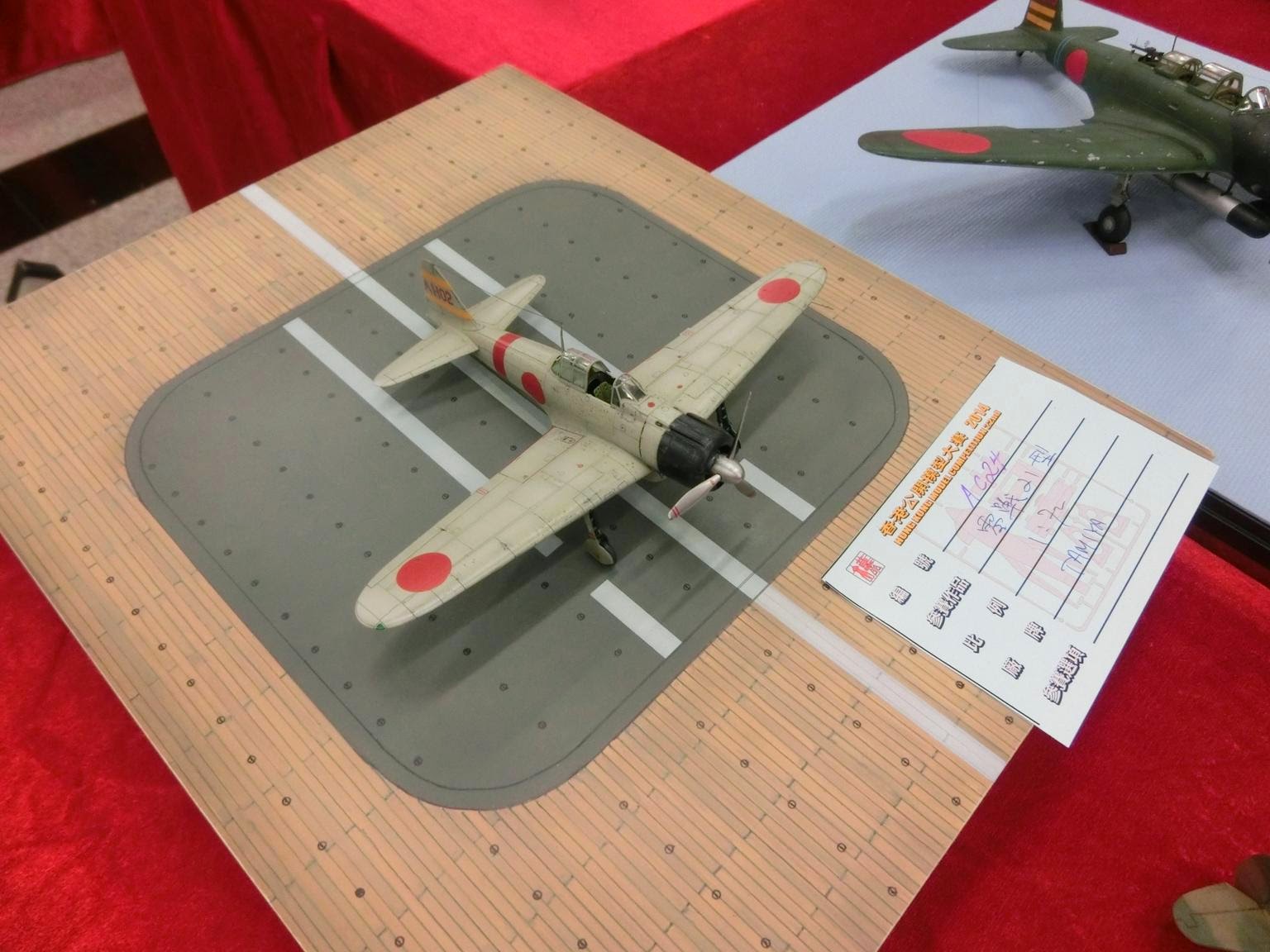 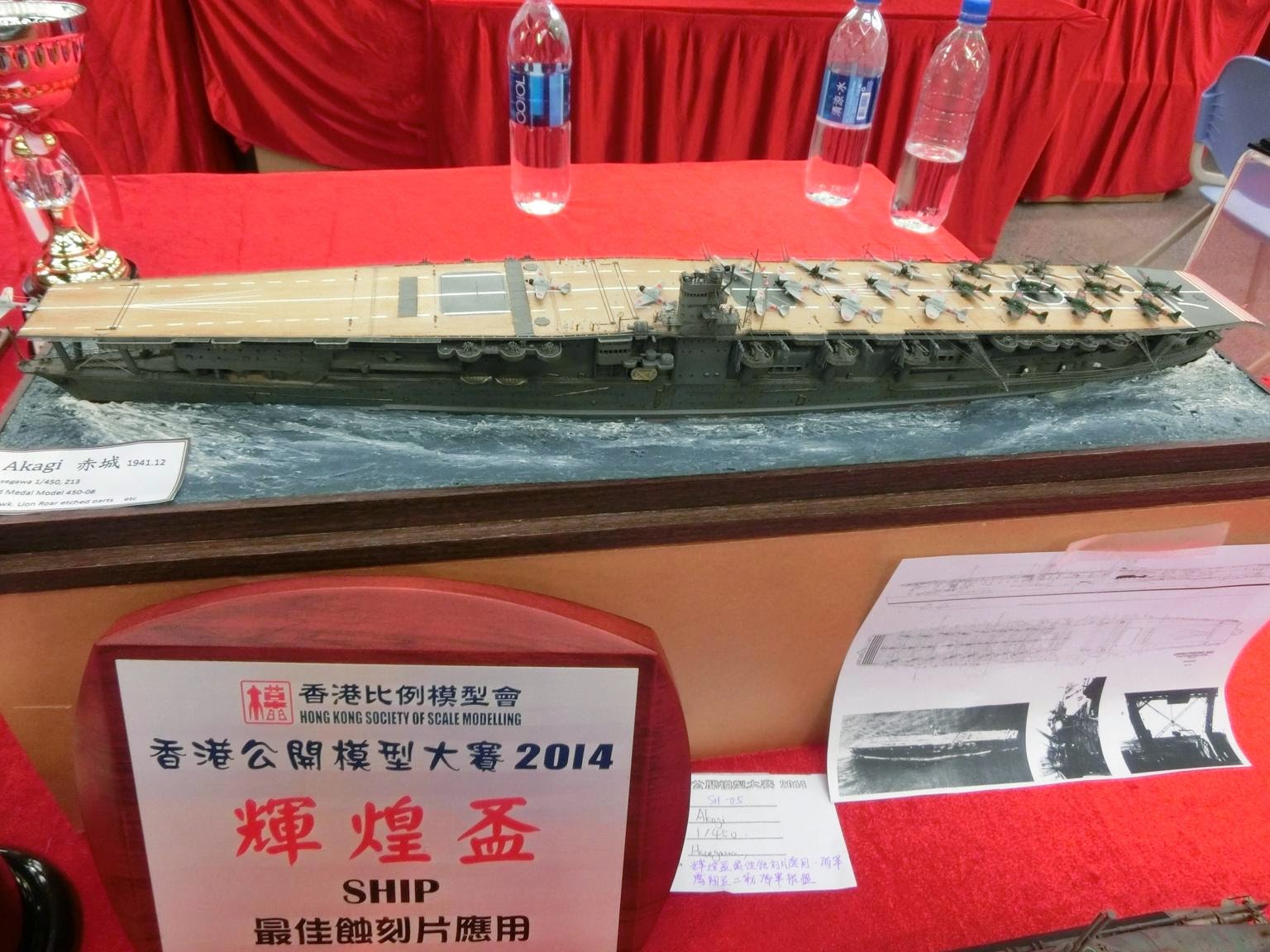 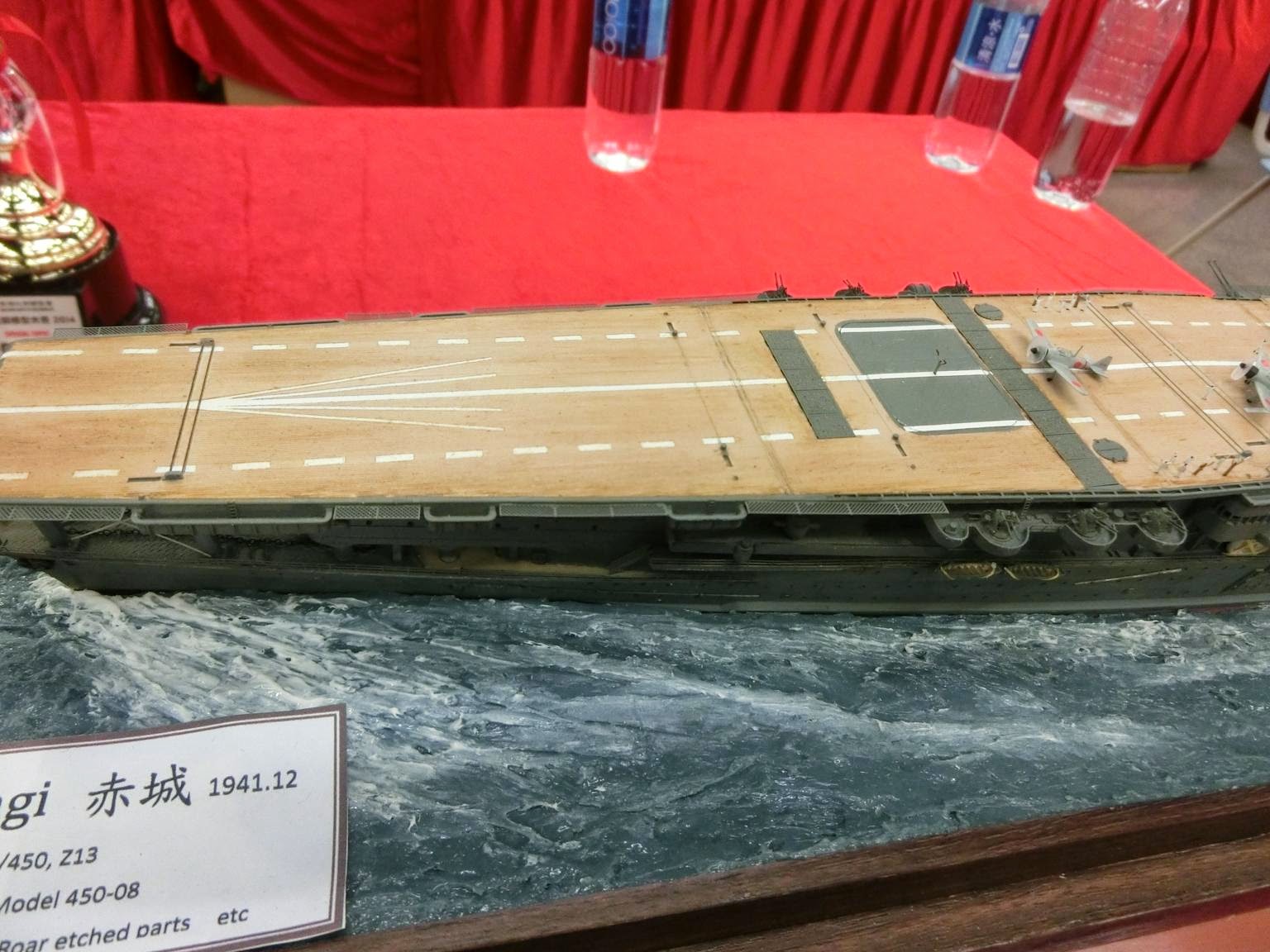 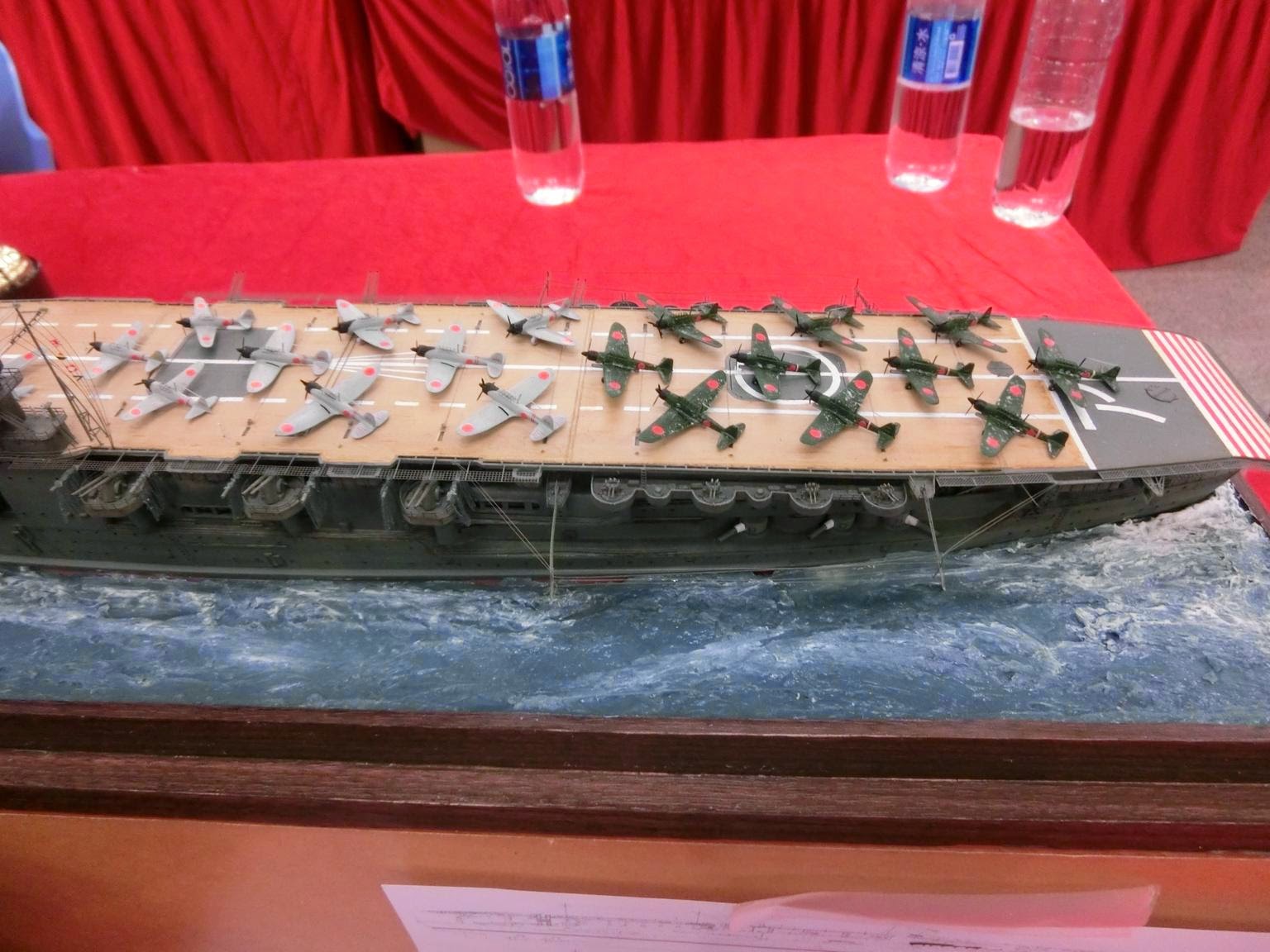 Thank you very much Peter for the photos and the report. I agree with you about the weathering on the "Shinden" but the modeller has done an excellent job with the engine. The kit helps ofcourse... Your "Gekko" is really beautiful! Love the huge "Akagi".
Posted by Arawasi