An anonymous commentator asked:
"In the BBC series World at War episode 22 at 5 minutes 28 seconds there is an excellent view in the cockpit/bomber position of an aircraft under construction. Looks like a Ki-49. what do you think it is?"
Here's the video:
Let's see...
The twin-engine bomber looks quite small. Could it be a Yokosuka P1Y "Ginga" (Frances)? 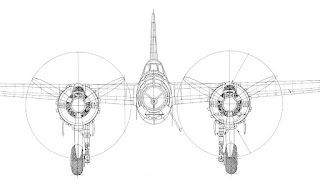 Unfortunately, the cockpit canopy of the "Frances" had a different shape and slid to the rear; didn't open sideways. And the landing gear is completely different.
How about a Mitsubishi G3M "Nell"? 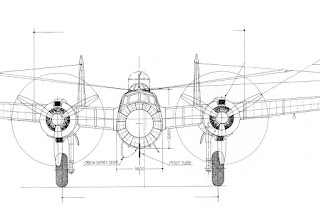 On closer inspection, there are a bunch of small windows on the nose of the bomber in the video. "Nell's" nose was quite solid.
A Mitsubishi G4M "Betty" perhaps? 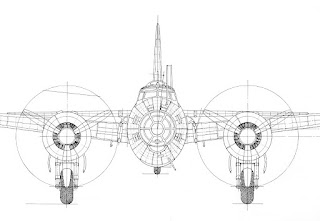 "Betty" had the radio antenna mast on the nose, not behind the cockpit canopy.
Any chance to be a Mitsubishi Ki-67 "Hiryu" (Peggy)? 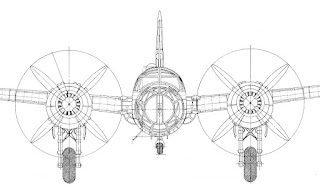 Unfortunately "Peggy" had a very "windowy" nose, unlike the bomber in the video.
Well, the anonymous commentator asked if it's a "Sally" or a "Helen", right? So?
Here are the front views of the two bombers. 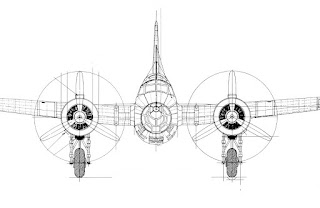 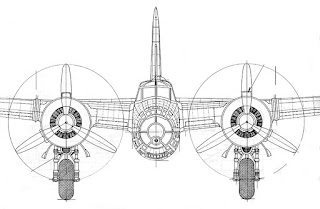 The still below reveals that the bomber in the video has nose windows (indicated by the red arrows) in all the wrong places to be a "Sally". 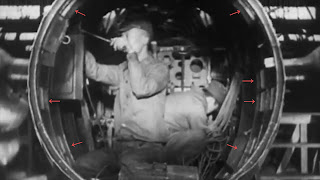 My conclusion is that it's a most interesting factory view of a Nakajima Ki-49 "Donryu" (Helen) in the production line.
Thank you anonymous commentator for the interesting question.
All front views by Matsuba Minoru.
Posted by Arawasi

George,
Was glad to help find some new info on the Helen. Looking forward to your upcoming publications. Happy New Year.
Patrick

Happy New Year to you too, Patrick.