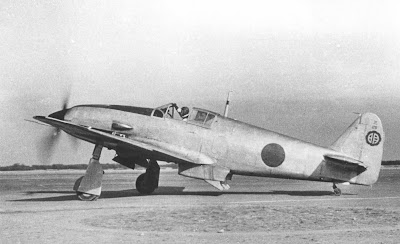 Two photos today of Type 3 Army Fighters or Kawasaki Ki-61-I Ko "Hien" belonging to the Akeno school. A set of photos from the same sequence are featured in FAOW#17, July 1989. The captions mention that after nine test-production Ki-61-I Ko were delivered, mass production commenced with the first one completed in August 1943. The bulge under the wing was installed only during training to collect the spent cartridges of the wing Type 89 7.7mm machine-guns.
The aircraft in the top photo has the Akeno school marking on the tail with the number 34 written in kanji while the aircraft in the foreground in the bottom photo has the number 89. 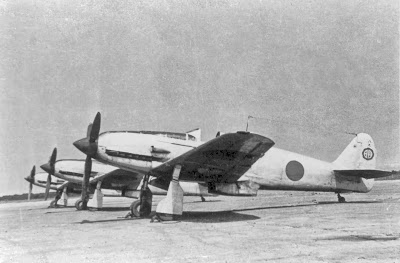