A photo today featuring about a dozen Nates belonging to the 101 Kyoiku Hiko Rentai (101 Training Air Regiment). The unit was organised on September 30, 1941 providing fighter training and its base was at the Kakogawa airfield, Hyogo prefecture. In August 1943, when the 114 Training Air Regiment was organised, 101 contributed one chutai. A part of 101 was also sent to contribute to the organisation of the 32 Kyoiku Hiko-tai (32nd Fighter Training Unit) in February 1944. Finally, on March 31, 1944 the 101st was reorganised as the 1st Fighter Training Unit.
Note the small numbers over the tail marking, the one on the foreground is a "三" (3) and on the tail of the second aircraft "一六" (16) 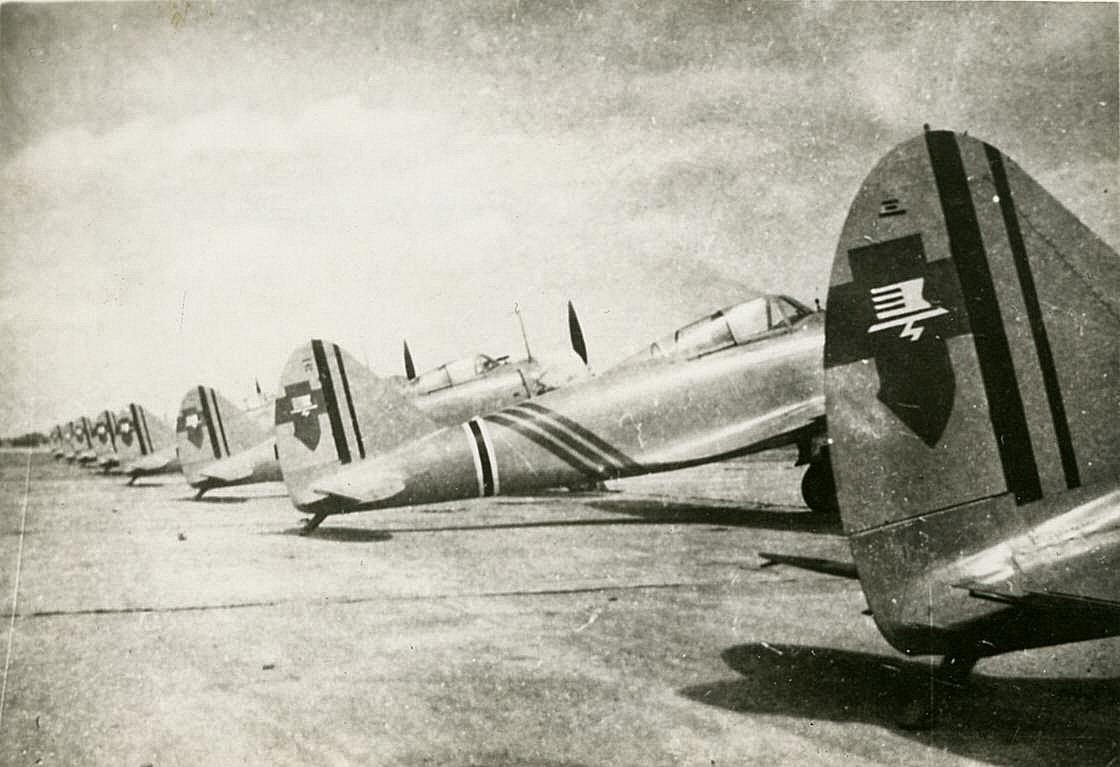 The airfield at Kakogawa opened in 1937 providing defence for the Kansai region and training Shonen Hikohei (Youth Air Soldiers). It was the base of the 13th and the 246th Sentai and had three air strips forming a triangle. It was still there until the mid '50s but now is gone.
Hasegawa has released a kit for the second aircraft in 1/48. 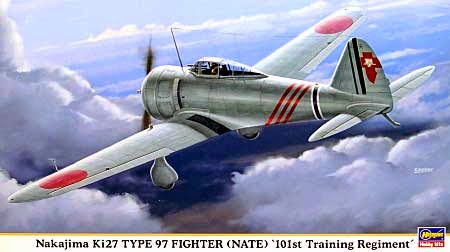