The USA IPMS 2017 convention held in Omaha in July featured quite a few very nice build of Japanese subjects.
More pictures of the show on my blog page plasticnostalgia.blogspot.co.uk
- Allan Jeffery - 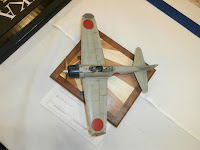 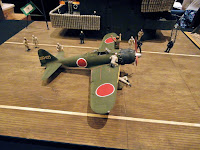 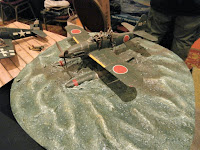 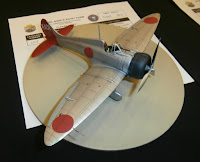 Our friend Ro Annis sent over a photo of the new Zoukei Mura "Nick" in 1/32 presented in Omaha. 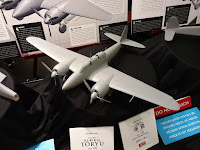 ZM have explained that they release models of aircraft that have survived the war which can be visited, measured and their various details can then be incorporated in the model design. So their new release is a Kawasaki Ki-45 Kai "Toryu" (Nick) based on the survivor at the National Air and Space Museum. Taking into consideration that they have already released the "Shinden" also found in that museum, perhaps a future release by ZM would be a "Gekko" in 1/32?
In any case, the "Toryu" model gives them many many options with the different variants, the camo patterns and unit markings. If they rescale it in 1/48 as they have done with the "Shinden" we might end up with the best "Toryu" in both scales. Price wise though we might need to dig very deeply into our pockets.
And since we are talking about new releases here's another I stumbled on.

I don't know about you but do you feel we needed a new kit (Choroszy have already released one in the same scale) of this prototype aircraft in what-if markings when there are so many other Japanese aircraft either of very old models or no models at all?
Posted by Arawasi

And, I agree, there are some Japanese planes that need to see the light of day in kit form. (The A5M3a is a nice looking aircraft, however.)

My post re: the Omaha competition seems to have been attached to this one. I wanted to update the link ,so hope you dont mind me doing it here. The link to just the Japanese subjects can be found here