Another photo from the "Asahi Shimbun" collection, featuring various derelict Japanese aircraft found at the end of the war at Nagoya at the "bombed ruins of of Mitsubishi airplane factory September 8, 1945".
Apart from the Mitsubishi "Nells" and the "Raidens", a few other types of aircraft are also visible. Can you spot them? 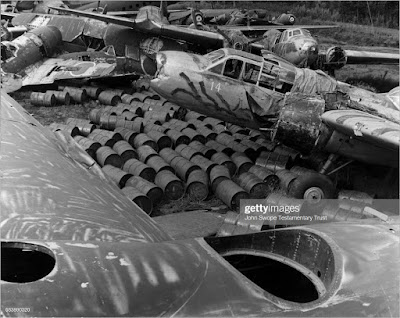 Jan Kanov sent over an excellent email with his take 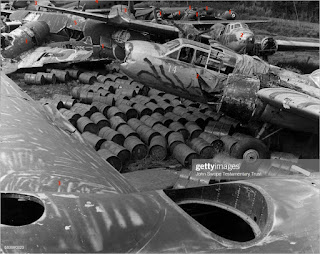 There are tail marking barely visible on two "Raiden". The more clear is definitely "ヨD-11??" (YoD-11??) which means it's a 302Ku aircraft. I believe the second has a "YoD" marking too on its tail but can't make out the number. 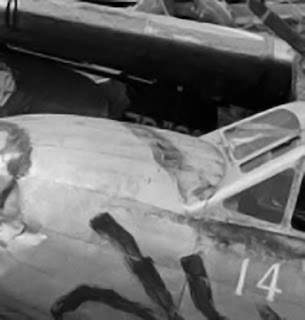 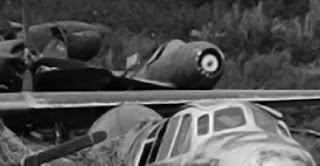 The marking "YoD" means "YOkosuka Defence" or YOkosuka and the letter D denotes that it's the fourth unit under Yokosuka Chinjufu (Yokosuka Naval District). The 302Ku had about 40 "Raiden" in its strength and they had tail numbers either in the 100s or the 1100s. I wasn't able to find any reason for that in my Japanese sources.
Note also that the hinomaru of the Willow have already being removed by souvenir hunters
Posted by Arawasi