As we saw in the previous post, some runways in Atsugi needed to be extended for the bigger U.S. transports.
In the video, here, we can see the Japanese working parties and also some very nice views of Japanese tracks.
We also took a glimpse of a 302Ku (in Japanese: san-maru-futa Kokutai) "Raiden" in the background, when the children were loaded with the 20mm cannons. Here's a still of this particular "Raiden".

Before the arrival of the airborne divisions and General MacArthur, the Japanese aircraft had to be pushed or towed out of their hangars. In the first video below, we can see the previously mentioned detachment of the Naval Security Corps which guarded the Atsugi airfield and an A6M5 Zero, tail marking "ヨD-135" or "ヨD-136".


Some of them were put to work pushing first an A6M2-K Zero trainer. Note the trainer orange yellow on the leg covers. 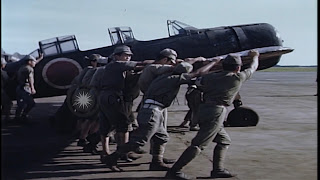 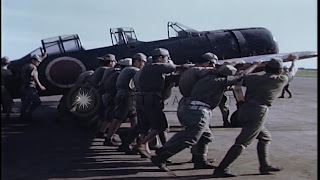 The next aircraft pushed out of a hangar was a Mitsubishi J2M "Raiden" with tail marking "ヨD-152" with five kill markings. 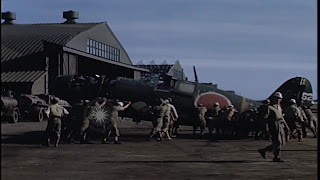 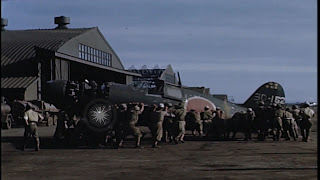 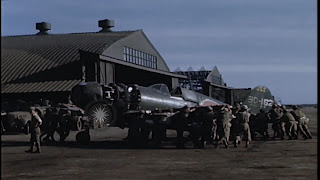 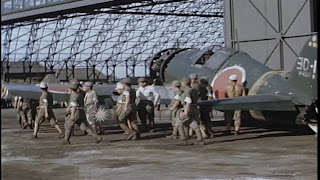 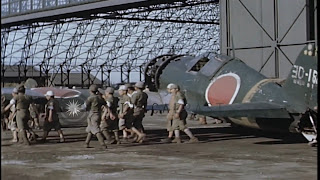 The aircraft was flown by Lt Ito Susumu. The top two kill markings depict "yaezakura", a kind of cherry blossom with many layers of pedals, meaning certain kills.
The lower three depict "hitoezakura" which has about five pedals, meaning unconfirmed kills. 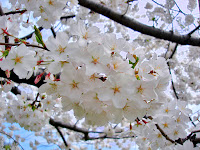 Under the tail marking there is the name of the maintenance leader "池田一整曹" (Ikeda 1seiso - name: Ikeda, rank: maintenance petty officer 1 class).
A photo of this "Raiden" during the war, can be found in FAOW #61, p.70 but the pilot standing in front of the tail is not Lt Ito but another one from the unit. I found a nice photo from HERE. Again, the pilot on the wing is not Lt Ito but another pilot of the unit. 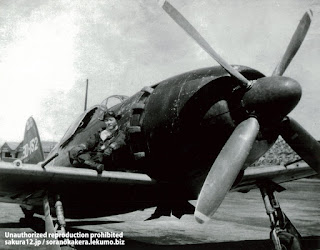 Following the "Raiden" is an A6M2 the full tail marking of which is not visible, but note that the "ヨD" has been overpainted a previous marking. Note also the heavy weathering on the wing root, not visible on the newer A6M5 that follows without a tail marking. 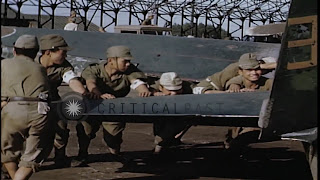 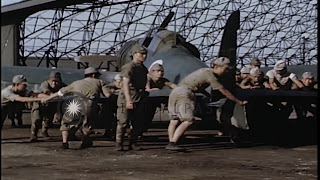 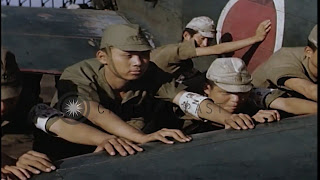 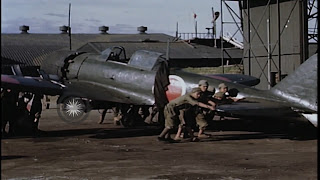 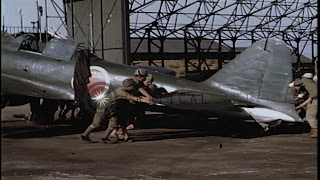 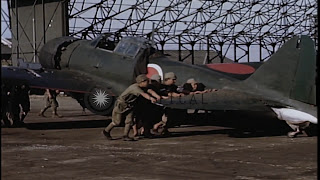 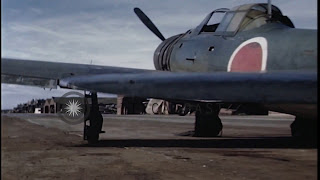 In the following video we see again fighters been towed out of the hangars by a tractor and taken to a nearby field.

The first aircraft is a beautiful A6M2 with tail marking "ヨD-1101". 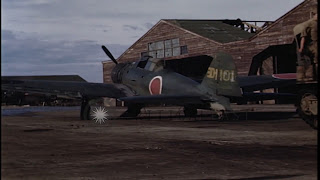 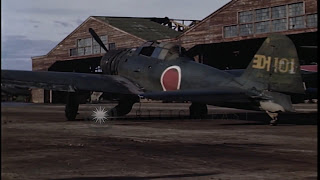 Of particular interest is the repetition of the number "1101" on the wheel cover. Note also the way the green camo paint has been applied on the cover. 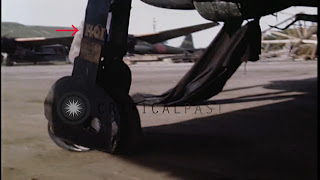 And then we are treated with a variety of very interesting details. 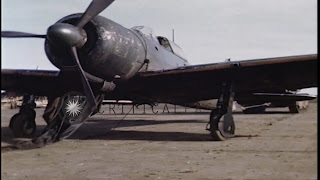 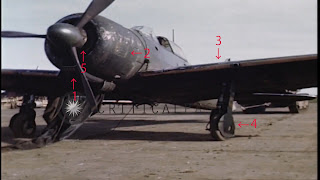 1. The number "1101" is also repeated on the carburettor intake.
2. There is a white data plate on the cowling side.
3. Note the very thin yellow IFF stripes
4. Again, note the green camo applied on the wheel covers
5. Note that the front of the spinner is green, but the rear is brown.
And finally note in the photo below the very small yellow marking on the top of the tail. 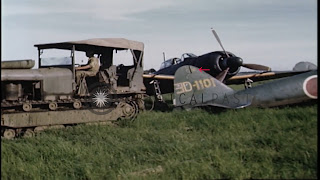 The last plane featured in the clip is another Zero, an A6M5 this time with tail marking "ヨD-132". Note the red "no step" lines on the wing. 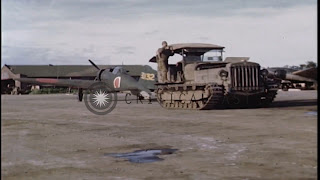 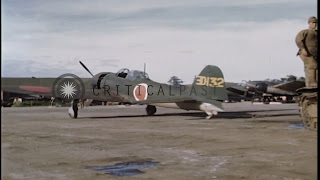 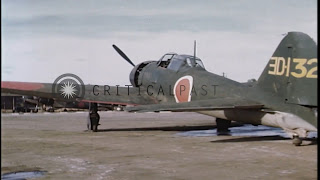 Did you notice the "Ginga" and the "Gekko" in the background? 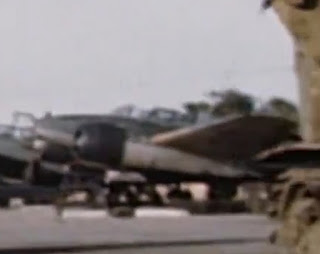 And last but not least, compare the "color" of the area in the rear of the cockpit, under the canopy of the YoD-1101 and YoD-132.
Posted by Arawasi

George, this is pure fantasy !! Finished well-being for the eyes. like every day, great job.

Great research George! The photos of Jack remind me of the section in Meatballs and Dead Birds by James P. Gallagher. Gallagher writes that a few members of the 49th Fighter Group planned to save a Jack from its certain demise. Gallagher is eventually sent home and the ultimate fate of the Jack is unknown.

These are great, thanks for posting them! The color on these old films is still quite good.