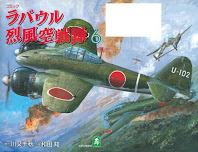 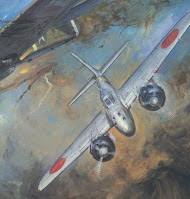 Very cool concept and something to model for those interested in doing the "what if". I would think that the actual aircraft itself would need an extended fuselage to balance it out. It would seem that the center of gravity would be too far forward.

My thoughts exactly. Too forward heavy. Extending the fuselage might mean that it would be necessary to raise the fuselage though.

How about a forward instead of a tail wheel version? This way the fuselage could be extended just a bit and with some weight in the rear the balance could be restored.

Best solution in both cases could be to relocate the cockpit/pilot a bit to the rear.

I like this concept too! I agree that the rear fuselage seems a bit short, and most likely would have to be extended in real life. (Only the rear, the front part from just behind the canopy going forward looks fine.)
Look no further than the problems encountered by the Messerschmitt Me-210 to see what could happen with a short fuselage on a twin engined aircraft. They had to extend the rear fuselage and extend the mountings for the engines, thus coming up with the Me-410.

Very interesting. Really a great addition to the blog this kind of plane. Thanks a lot.