Below are some stills from a wartime news reel taken at Chofu, Tokyo, the base of the 244th Sentai. 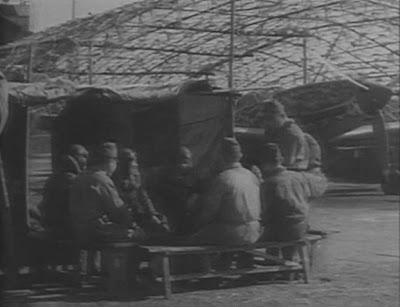 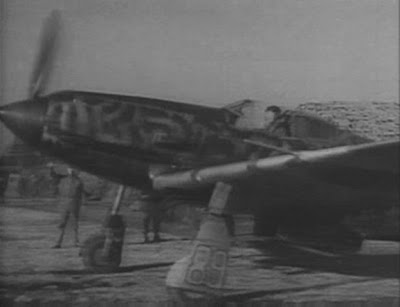 A 244 Sentai Kawasaki Ki-61 Hien taxing for take-off. Note the yellow (?) "89" on wheel covers painted directly over the NM surface. 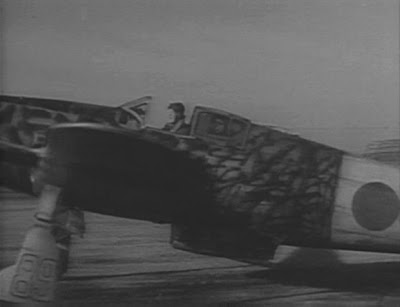 In this view the difference in the camouflage pattern on the front and rear part of the fuselage is clearly visible. Of special interest is the fact that although the plane lacks a radio antenna mast it is still equipped with a radio but the line is somehow connected directly with the fuselage. Perhaps a way to avoid drag. 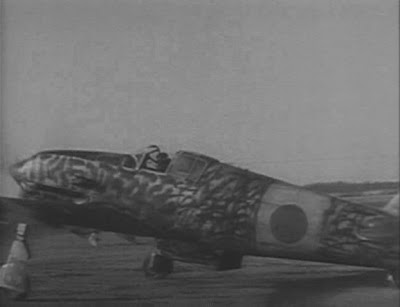 The camouflage of the front part of the fuselage seems to be airbrushed while on the rear it seems to have been applied by haphazard brush strokes. Of interest is the quite wide white band surrounding the fuselage hinomaru. 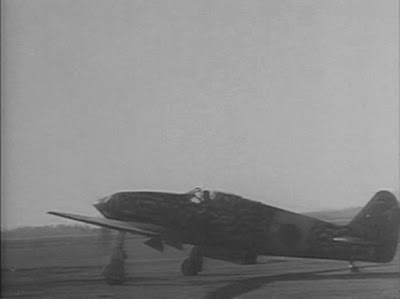 In this last still the tail is visible sporting a white katakana "I" (イ) and maybe the 244 Sentai unit marking although difficult to be sure. From other photos it seems that when the 244 marking was on the tail the aircraft didn't carry any other markings.
The 244 had a special ramming attack section called Shinten Seikutai. At least some of the aircraft of that unit were not camouflaged and didn't have the 244 marking on the tail but instead the tail was all red with the first "letter" of the pilot's last name painted in white katakana. A Shinten Seikutai Ki-61 numbered "73" with a white "I" on the tail, but without the 244 Sentai marking, belonged to gocho (corporal) Itagaki Masao. Although the pilot of this particular aircraft is unknown, it is possible that the "89" was a spare aircraft of gocho Itagaki. If that's the case then it is quite possible the tail to be red with just the white "I".
Posted by Arawasi

You may be right about the decrease in drag by removing the radio mast. I am not an electrical engineer but it may be that removing the radio mast decreased the effectiveness of the radio. But since they were flying over home territory and were so close to the radio transmissions from the ground it would still be an acceptable performance.

Thank you for the comment.
As you possibly read in the interview of maintenance crew member Suzuki Shigeru the radio would have been used to communicate between the airplane of the unit commander and the rest of the planes in the air. Therefore maybe the performance wasn't seriously affected.