Stills from the movie "Saigo no Kikyo" (Last Return Home) released in June 1945 by Daie.
The Kawasaki Ki-61 Model Hei seen in the stills was flown by Captain Shoko Fumisuke who was commander of the "Soyokaze-tai" (Breeze-squadron) of the 244 Sentai. The book "Hien Fighter Group" by Dai Nippon Kaiga includes two more photos of "88" without camouflage. According to that book the plane received the camouflage in March 1945. 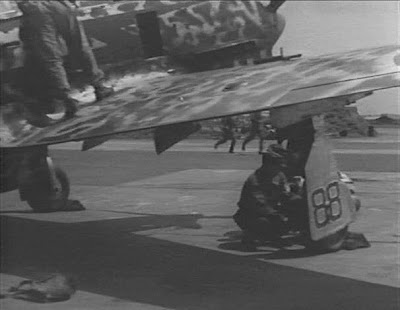 Ground crew members maintain Hien "88" at Chofu airfield. The date is sometime between March, when the plane got camouflaged, and May when the unit relocated to Hamamatsu. The number "88" on the wheel covers was in red outlined in white. 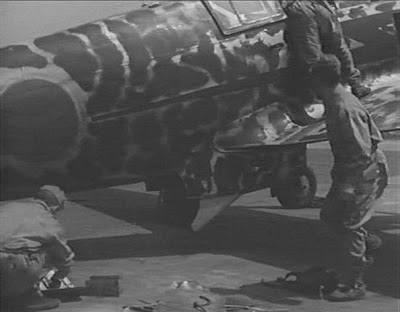 The green blotches were painted above the white band of the fuselage hinomaru which seems to have an early narrow white ring. Note the open hatch of the cooler control. 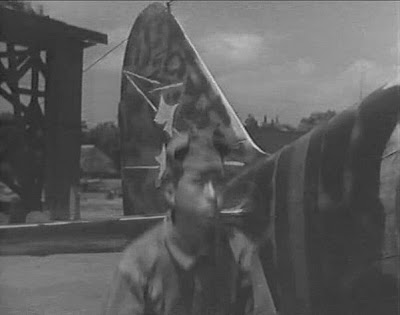 Before the aircraft receive the camouflage it spotted a single thick red band between the fuselage hinomaru and the tail. After the camouflage was appled it seems that the red band was overpainted with one yellow stripe in the middle as can been seen above. 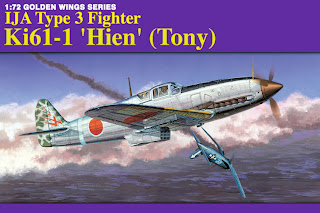 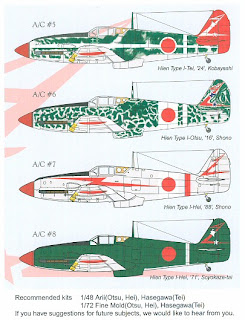