Thank you guys for the comments and the unit suggestions. Today we post some "Hayabusa" stills. As you will see there are many interesting details.

Two stills of the pilot climbing in the cockpit. Note the weathering solid one-colour top camouflage following the panel lines. 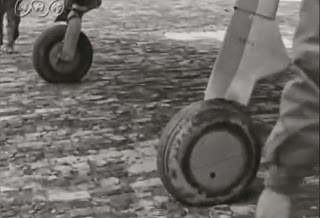 This is a nice one with the wheels and the mud. As is often the case with models the wheels are usually one colour, in pristine condition. Note also the serial number (can't make out what it is) and the yellow IFF stripe. 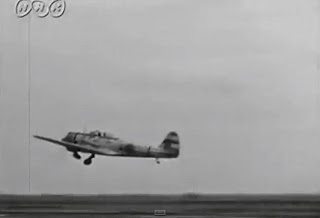 This one is particularly interesting. Note how battered it is with camo left only on the tail. The tail marking is completely unknown to me. Thick stripes as tail markings had a number of units like the 25th and the 33rd Sentai but the gray round thing in the middle of the lower stripe is a complete mystery. It is definitely not a film blemish (check the video). Could be a personal marking.
Similar problem with the "Hayabusa" following the above in the video. Probably belonged to he 25th Sentai. 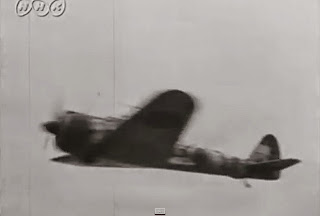 A lovely Mitsubishi Ki-21-I "Sally". There is a thin red line on the tail seen in many Ki-21s but AFAIK it is not known if it's a unit or a formation marking. 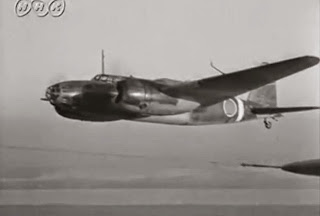 Nice views of the Japanese and the Thai "Hayabusa" below. Note that the plane in the foreground has red IFF stripes and the drop tank which is darker colour than the underside gray but not green (yellow drop tanks are a "myth", right?) looks like it's positioned in the centre line, not under the wing.

This one is the Japanese "Hayabusa" taking off with the Thai behind it. The tail marking is not clear but it probably belonged to the 64th Sentai. 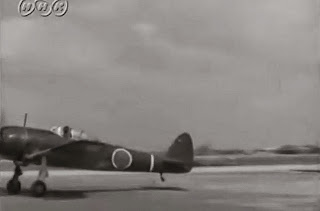 The two planes in the stills below seem to belong to the 48th Sentai which used numbers on the tail. The location, according to the video, is Burma/India front. The 48th was not based there, though, so perhaps the caption did not correspond to that video part.

According to the narration, the one below with the "77" on the tail is participating in the attack of the Chinese city of Hengyang, Hunan Province, so it's rather safe to assume this one belonged to the 48th Sentai which was based in China. 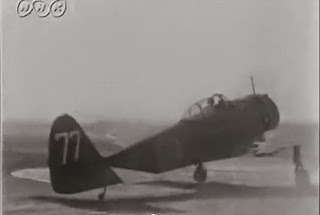 The stills below are from the donation ceremony of the 3984 Aikoku in Malaysia belonging to the 77th Sentai. Note the two-tone top camouflage of green and brown.

As Dan mentioned in his comment there is a Tabby in the background with a nice tail marking. Perhaps an ex-civilian used by the IJAAF? If you have "Broken Wings" check page127, bottom photo. The tail marking of the "Hickory" could be the same. 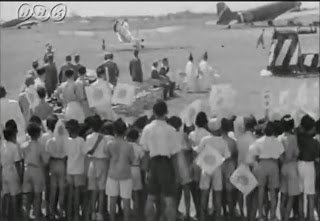 Another "Hayabusa" with dark drop tanks. 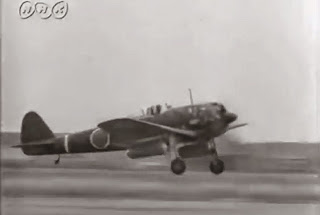 According to MA#395 the time frame of the two stills below is end of 1944~early 1945. Under the port wing there is a 200L drop tank and under the starboard a 250kg bomb. A Model 3 Koh taking off from Luzon in the Philippines. It's an ex-33Sentai aircraft, given to tokko unit around the end of 1944.

That's all for now folks! We are off to Shizuoka. More on Monday.
Posted by Arawasi