This year there were more than 8,000 models from no less than 235 modelling clubs from around Japan but also participants from Taiwan, Korea, Malaysia and more. There were many Japanese aircraft models some average some extremely interesting. Unfortunately I have to admit that apart from the "best of the show" you will see in the final posting of this series there were very few models that really stood out. The dioramas were generic and not particularly original and the details on the J. plane models left much to be desired. It seems that this year the modellers just rushed to finish something and send it to the show. As always there were many Zeros and "Raiden" but also Bettys and Nells. Conspicuously absent were Pearl Harbor themes, Vals and Kates. There were also few entries of new kits from non-Japanese companies. I believe the high prices these are sold in Japan are responsible for this.
We would like to apologise for the quality of some of the photos. We are in the process of getting a new camera so we promise next year the quality will be much better.
As always we present the models by club with extra info when possible.
Shizuoka Daigaku Mokei Kenkyukai 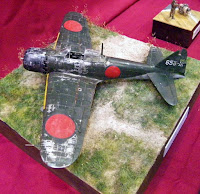 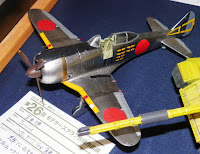 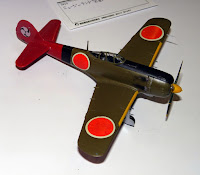 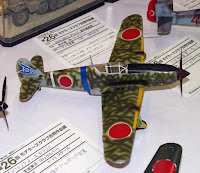 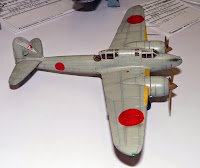 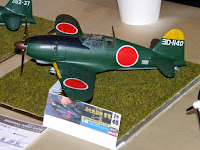 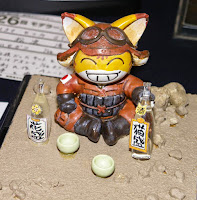 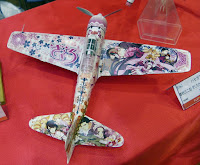 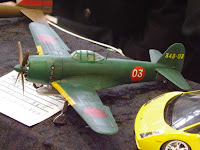 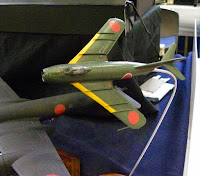 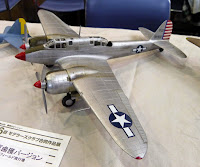 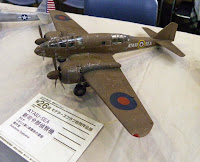 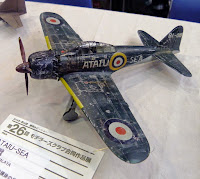