I was always under the impression that almost all Japanese airfields, with the exception perhaps of Haneda, Tokyo, were unpaved except for the area right in front of hangars as seen for example in the photo below of Tokorozawa airfield.

Although the bibliography is virtually non-existent in any language, I discovered that many IJAAF airfields in Japan mainland but also in Korea, Taiwan and Manchuria had at least paved runways and were surrounded by open areas that could be also used for taking off and landing.
An example is Chofu airfield in Tokyo, home of the famous 244Sentai. The aerial photo below (from the 244Sentai site) taken in July 1941 by the IJAAF, clearly shows the paved runways and the surrounding area as well as the location of hangars and the air control building indicated by the letter E. The longer runway had a length of 100m and width 80m, while the shorter one was 750m in length and 80m wide. 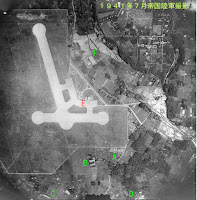 The classic photographs of Kikuchi Shunkichi featured in the 244Sentai book by DNK but also in the older Koku Fan Illustrated #80, give a very clear impression of the airfield. In front of the big hangars there were smaller ones made of bamboo as shown in the photo below taken probably from the window of one of the buildings in area "E". 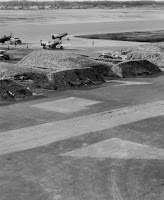 Many well known photos, like the one below, show 244Sentai "Hien" fighters on the paved runway or the area in front of the hangars with small puddles of water after a rainfall but I have never seen a diorama featuring the "Hien" of Major Kobayashi on such a base.

There were various kinds of IJAAF airfields. The unpaved and most basic one had the earth of the designated area flattened and pressed, with one layer of gravel, one of clay and then another layer of pressed earth. Often on top grass was planted. This construction needed constant care and maintenance since the take off and landing aircraft as well as the rain destroyed the surface.
The Japanese used many ways to pave airfields. One was with concrete, another was with asphalt and these provided the most permanent construction. In all cases they used the macadam method, including water-bound macadam, macadam with clay and macadam with cement. Another material was called "tataki" and originally was the material used to pave the entrance of traditional Japanese houses. There were two types of "tataki" to pave airfields, the first was a mixture of quicklime, cement and clay the other was a mixture of quicklime, clay and gravel.
The paved airfields had gutters of different shape to collect rain water.
One such well maintained and paved airfield, is the well photographed one the Akeno Flight School operated from. 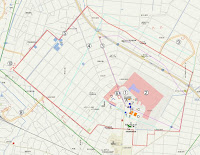 The Hokota Air School, the Army Flight Academy and the Mudanjiang (in former Manchuria) airfields had gutter covers or different design.

The unpaved parts of the airfields and the unpaved airfields in general were covered with grass and wild plants to provide a softer ground. These were mowed when they grew too high and naturally in winter they dried out completely. So, in the photos below we can see how the lawn looked at various seasons and areas of Japan.

Finally I include some photos of green in Japan I found on line to give you an idea how the airfield looked like. 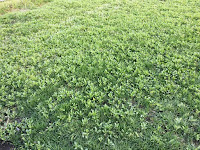 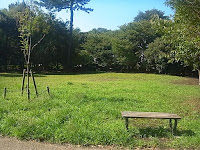 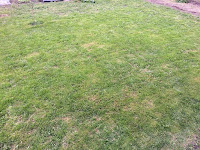 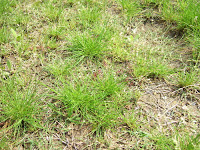 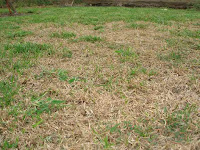 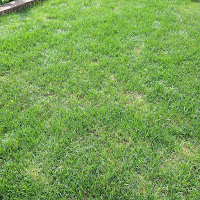 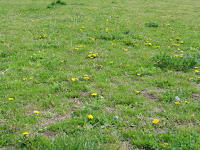 I am really enjoying this series, very insightful and excellent photos to illustrate the various topics. I look forward to more, I read every post you make on this blog and am grateful that you provide us this rich resource.