Just saw that ICM and Special Hobby are releasing Mitsubishi Ki-21 "Sally" kits in 1/72 and ICM in 1/48 too!!!!
Here are some images from the Special Hobby site. From the images it seems they are working on Model 1 and Model 2 variants. 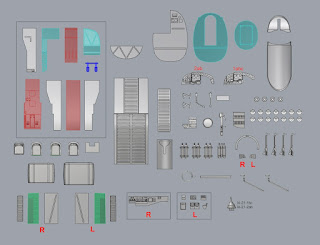 The above is the cockpit. At first glance I can say that the machine guns are completely wrong. They are IJNAF Type 92 flexible. Absolutely never instaled on any "Sally". Did they copy them from the MPM or the Revell kits? 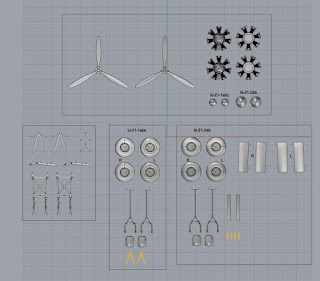 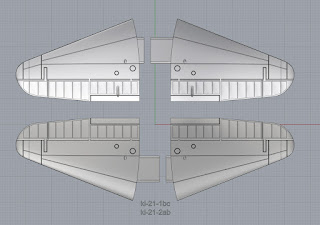 The above are the vertical tail surfaces for the Model 1 & 2. For the Model 2 are incorrect. 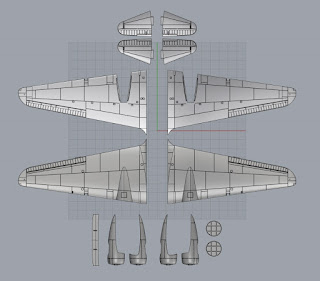 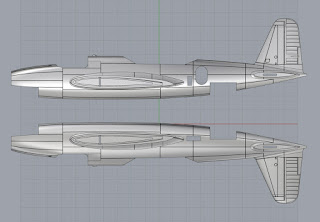 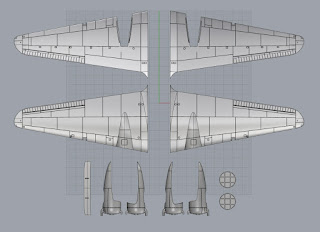 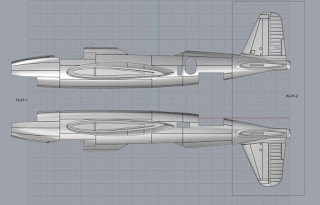 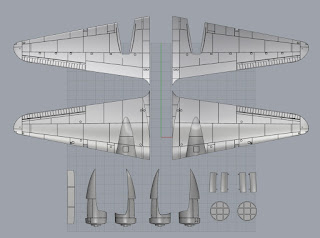 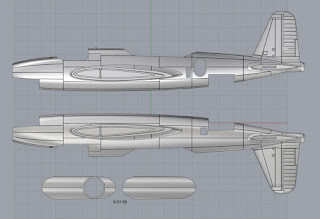 The above is the side views from the Model 2. The window opening next to the fuselage door on the port side looks to be the same with the Model 1; actually it wasn't. Also, if they are going to do proper Model 2s, the window should not be there. So, they'll have to redesign it and also provide the option to cover it. 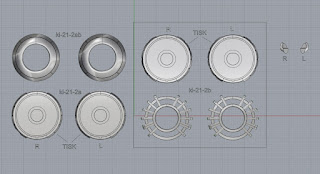 Will keep you posted ofcourse for any new developments.
But for the momment, FINALLY the release of these models in both scales is absolutely amazing news! EAT IT TAMIGAWA!
Also, Special Hobby announced they're releasing a new version of their Tachikawa Ki-54. It's the Otsu with the gunner turrets. 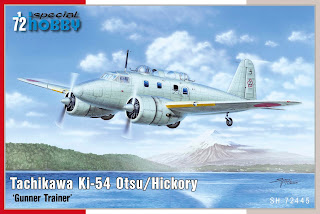 In the kit box illustration, the machine guns look again like IJNAF Type 92 flexible. As before, completely wrong. 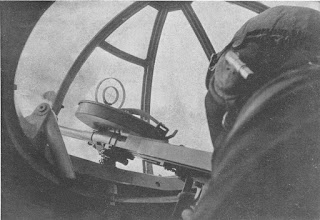 Modellers who care about accuracy will have great difficulty to find IJAAF Te-4 machine guns to replace them. 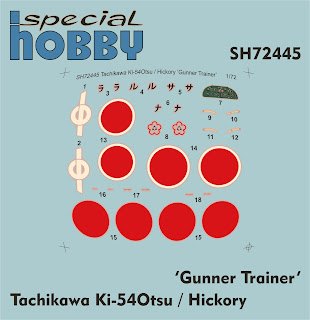 The decal set is for at least two (they say three) subjects. One or two from the Mito school and another from the 16th Kyoiku Hikotai we first presented here. By the way, in case you doubt the accuracy of Kaiho-san's artwork, it would be helpful to know that the artist was in constant direct contact with veteran associations who directly commissioned his artwork and provided him with all the information. In the very rare cases he has made a mistake (usually in labeling the correct aircraft model featured in the artwork) he has appologized and corrected the mistake in public because immediately veterans had pointed out the inaccuracy. As a result, Kaiho-san's artwork is one of the most accurate ever!
Posted by Arawasi

That are great news! Thank you for sharing and your awesome book about the Sally.
BTW, Miniworld from the Ukraine offers a nice Te-4 in 1/72:

I was going to reach out to ICM on if they have your wonderful new Ki-21 book as a reference. I figure that being it is listed as a 4th quarter 2022 release, they still have time to do this right. Have you already reached out to them?

Harold - Thnx. Well, they only had like, what, 20-30 years to release a "Sally" kit after Hasegawa's "Hiryu" & "Donryu". But they sat on their heels waiting for...what?
MC-20s and Ki-57s would be very welcome, but don't they want to wait a bit for our Eagle Eye to come out first? Oooops! Did I say too much?

Dan - I don't think it's my job to reach out to them first. They should know our book is out and if they need our help, we're ready and willing.
Same shit happened with the Wingsy "Sonia". Our EE was out for years, but instead of getting in touch, they opted to just copy and improve other kits.

Thanks for the reply George. This has been a "bucket list" kit for me forever, and really want them to nail it. Fingers (and toes) crossed....

Same here, Dan. I could easily buy a dozen "Sally" kits and give my wife a dozen reasons for a dozen kicks in the butt. Let's hope they are not just re-releases of old kits with only minor updates. I mean, I could somehow forgive a closed dorsal gunner in the 1/72 but in 1/48?

I really hope the fix the horizontal tail, and that window on the left side of the fuselage. The latter is too low. The wing underside has an issue with the inspection panels ahead of the flaps, and the rudder trim tab looks a bit short for the later models. That's what I see right off.

The tail could be taken care of by aftermarket productions, but that fuselage window opening would take some real surgery to move...
All said though, it should be put right before the molds are cut, how likely is that to happen?.....

This is very exciting news indeed !... I supposed those prices will be falling for the old Revell kits now :))