A news clip today from the NHK collection, dated December 7, 1943, featuring "Lilys" from the 8th Sentai on a mission in Burma.
The clip starts with a "Toryu", the protruding cannon on the nose indicates that it's probably a Ki-45Kai-Hei with a Ho-203, 37mm cannon. 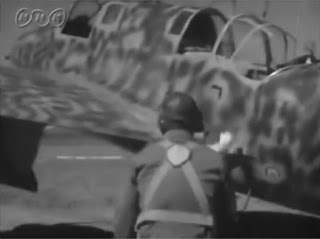 Then a number of 8 Sentai "Lilys" take off.
The first "Lily" has a roughly applied red sentai marking and two dark bands above it; freshly applied red or blue? In the first still they look like they are having white surrounds, in the second they dissapear completely, in the third they look without surrounds. 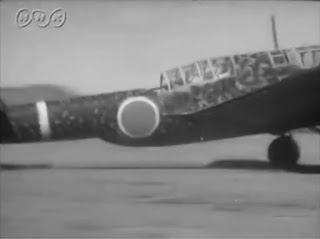 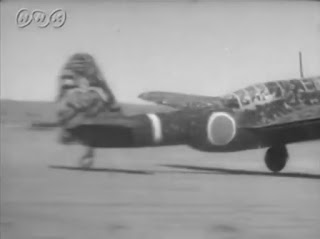 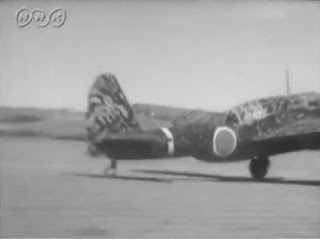 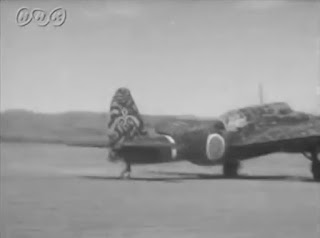 Another "Lily" shows the extra machine guns on the nose 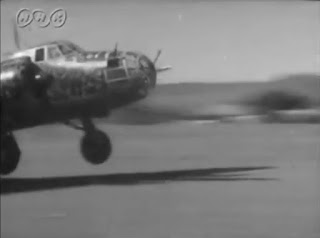 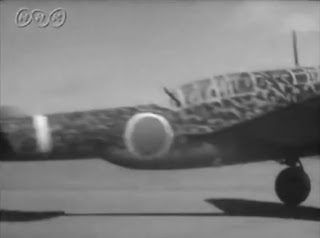 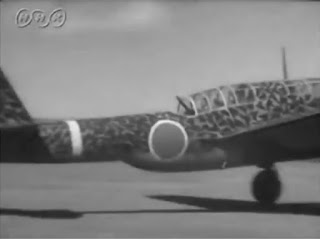 The different camouflage pattern and two white bands above the red sentai marking on the tail. 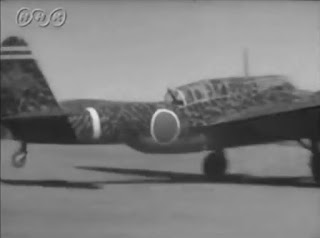 A third "Lily" sports a completely different camouflage with a solid dark top paint, much darker than the green applied on the aircraft above. 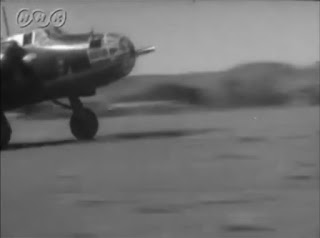 Note that all "Lilys" have their canopy frames un-camouflaged, in their original hairyokushoku paint. 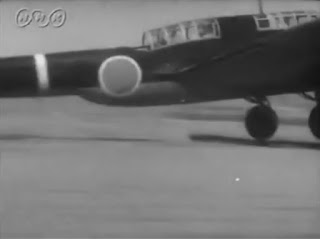 This third "Lily" has three white bands above the red tail marking. 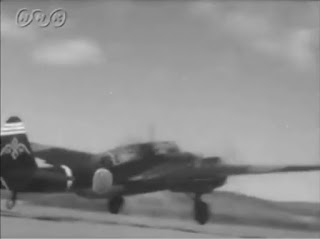 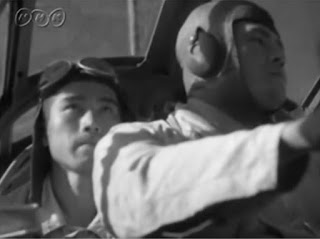 The clip most probably refers to a November 29 mission against the Allied airfield in Agartala.
According to Japanese sources, on that day, nine "Lilys" from the 8th Sentai together with 12 "Hayabusa" from the 33rd Sentai and 16 "Hayabusa" of the 50th Sentai, gathered over Meiktila east airfield at 17:35 and headed to Agartala. The Japanese bomber crews claimed five aircraft parked on the airfield burned down. The escort fighters got caught in an air battle with the intercepting Hurricanes. The 33 Sentai claimed two hurricanes shot down, while the 50 Sentai claimed one more Hurricane shot down. On the return flight back to base, one "Lily" from the 8th Sentai, flown by Sgt Maj Nakajima, that was lagging behind, was attacked by enemy fighters and was shot down.
C. Shores in his "Air War over Burma" mentions that:
Monday, 29 November 1943
Japanese raiders were back over the Arakan, 12 Ki 48s escorted by nine Ki 43s drawn from the 33rd and 50th Sentais, raiding Agartala, where 31 Squadron’s detachment’s office was destroyed. Hurricanes of 60, 67, 146, 258 and 261 Squadron scrambled, together with 12 Spitfires of 615 Squadron. 67 Squadron’s 14 Hurricanes were attacked out of the sun, although Sgt Wogencroft was able to claim one Ki 43 damaged. Plt Off Carroll of 615 Squadron claimed one Ki 48 probably destroyed and a fighter damaged, while other pilots from this unit claimed damage to three more fighters. Twelve more Hurricanes from 261 Squadron failed to make contact. 33rd Sentai pilots claimed three victories here, and the 50th Sentai one more, but one Ki 48 of the 8th Sentai flown by Sgt Maj Hirotsugu Nakajima failed to return.
Posted by Arawasi