In April 1944 the 75th Sentai, a unit equipped exclusively with Type 99 Twin-engined Light Bomber or Kawasaki Ki-48 "99 shokei" (Lily) was ordered to relocate to the Philippines together with other Papua/New Guinea units. From October 23, 1944 the unit with whatever aircraft left was based in Lipa airfield near Manila (Lipa city) where it received further orders to pull back to Japan to be re-equipped with new aircraft and replenish the losses in personnel. The order was not urgently enforced though since there was no other light bomber unit.
From December 8, 1944, preparations begun for Operation LOVE III, the invasion of Mindoro Island by US Forces. Exactly that same day a tokko (special attack) unit with 12 (or 10 according to other sources) members from the 75th Sentai and three members of the 208th Sentai was organised and was named "Kyoko-tai" (Morning Sunlight) with 2nd LT Naga Mikyo as commander.
One week later a second tokko unit was organised with five 75th Sentai members, this time called "Wakazakura-tai" (Young Cherry Blossoms) commanded by 2nd LT Tsumura Masao. Both units were equipped with specially modified Ki-48s.
Although originally the aircraft carried one unjetisonable Navy 800kg bomb and had three 3-meter long rods with contact fuses on their tips, the Aviation Arsenal in Manila modified a number of aircraft for such missions with jetisonable bombs and only one rod through the nose.


Both tokko units were especially active during the efforts to stop the Mindoro invasion force. On December 13 the "Kyoko-tai" first took-off and headed towards Mindoro island but failed to spot the US Forces. Two days later one Kyoko-tai "Lily" escorted by fighters hit a US ship, south of Mindoro. One more aircraft attacked the US Forces near Mindoro the next day but with unknown results.
On December 20 one Ki-48 from the "Wakazakura-tai", one from another Ki-48 tokko unit called "Banda-tai" and two Nakajima Ki-84 belonging to the "Seika-tai" escorted by three fighters took-off at 15:00 from Manila and attacked ships in Lingayen Gulf, Luzon singing one transport. The "Wakazakura-tai" Ki-48 was piloted by Corp Yomura Goro and was named "Hakone" (Hakone). It was the personal aircraft of the 75th CO Doi Tsutomu and was equipped with a 500kg bomb.
On December 21 one aircraft from the "Kyoko-tai" took-off from Bacolod airfield in the Negros island attacking the US Forces while another did the same on the 29th in the area south of Mindoro.
From January 6, 1945 until the 12th the remaining pilots of the "Kyoko-tai" perished attacking enemy ships in the Lingayen Gulf area while the remaining four pilots of the "Wakazakura-tai" took-off from Caloocan airfield of Manila the next day and gave their lives attacking ships in the same area.
The rest of the 75th Sentai reached Japan by March via Taiwan.


The memory of the two tokko units from the 75th Sentai is preserved in short films taken by IJAAF reporters. The scenes are ofcourse edited and we cannot be sure the exact dates they were filmed but we estimate that they were taken during the actions of December 13 and December 20.
Below are a few stills. 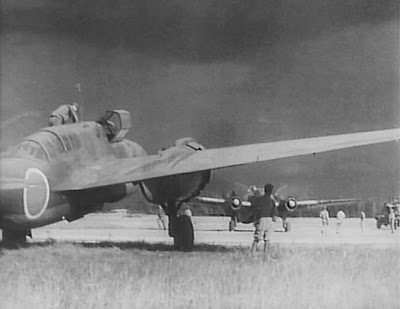 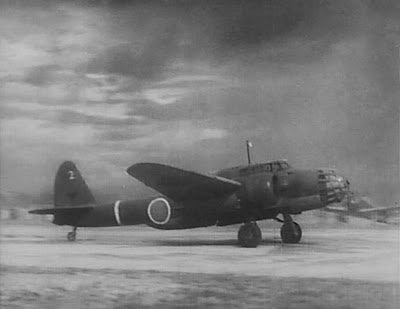 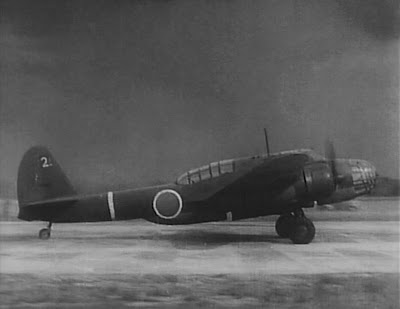 The three stills above were possibly taken on December 13. Note "Lily" with number "2" on the tail and the half open bomb bay housing probably a too big 800kg bomb. Note also the luck of contact rod in the nose.

The stills below were probably taken on December 20. 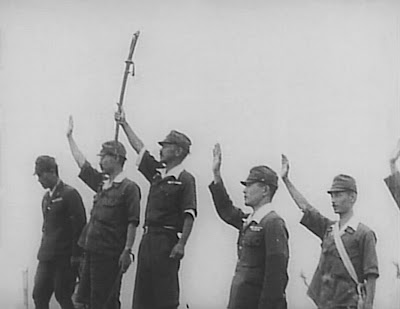 Commander of the 4th Air Army LT General Tominaga Kyoji was there to give last farewells to the pilots. He is seen in the middle holding his katana high, surrounded by other IJAAF officers. 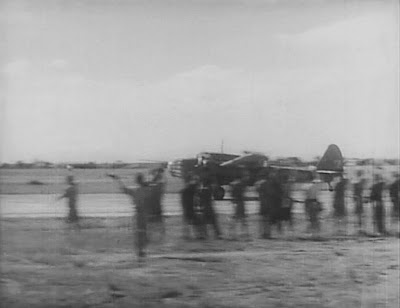 The first aircraft to take-off in the sequel has what looks to be a white number "7" on the tail and a contact rod on the nose. 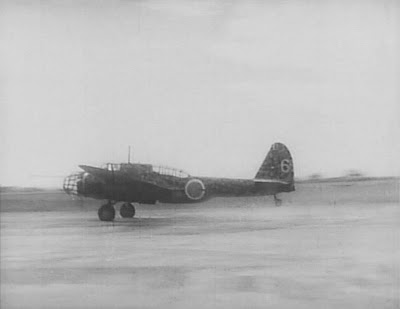 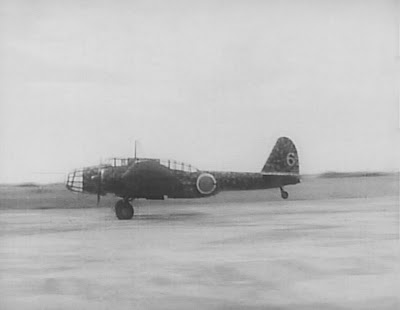 The second aircraft has a white "6" on the tail. Note the heavy camouflage. 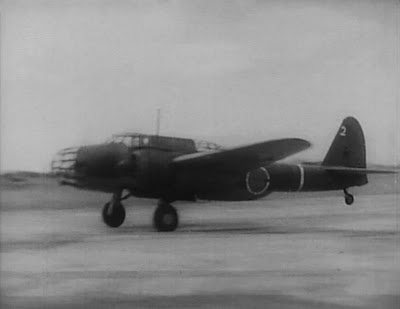