Master Modeller Saito Hisao sent us photos of his exquisite Raccoon Army Type 88 Reconnaissance or Kawasaki KDA-2 in 1:48 that he built 20 years ago.
The subject is Aikoku #28 (Tokushima-go) which was donated by the citizens of Tokushima, in Shikoku, the hometown of Saito-san. The donation ceremony was not done in an airfield, since there was none in the area but on the banks of river Yoshinogawa.
After some time the model started to melt and deform and was ultimately discarded. Saito-san commented that parts of Raccoon models have just the basic shape and need a lot of work to resemble the real thing. Especially biplanes need extra strengthening of the wings. 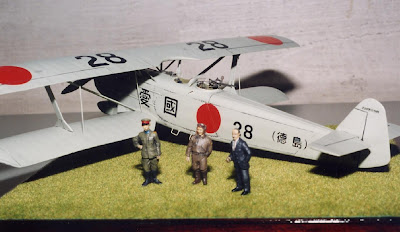 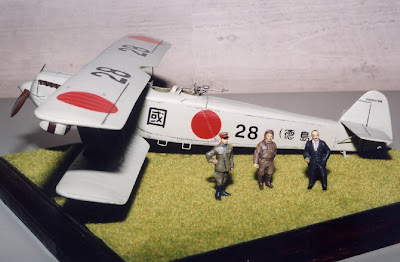 ﻿
And here is a photo of the real aircraft.﻿ 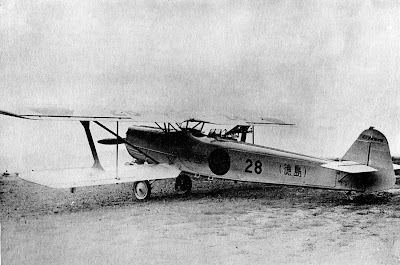 Nicely done! But sad to hear it had to be pitched out due to super crappy resin....it just melted away!! SMH Time for one of the "big boys" to start popping out kits of these long over-looked subjects.