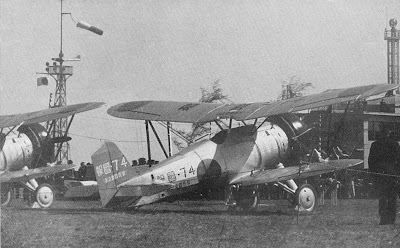 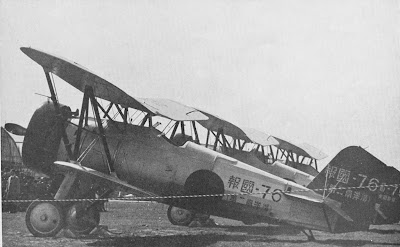 Hokoku #76 was donated by citizens from the South Pacific islands of Palau, Yap, Chuuk (Truk), Pohnpei (Ponape), Jaluit and others that were at the time part of the Japanese Empire. The name of the plane was "Dai 2 Nanyo-go".

All three hokoku planes were Navy Type 90 Carrier Fighters or Nakajima A2N. Overall NMF with red tails and black cowlings. Note the repetition of the hokoku inscription at the center of the top wing.
Posted by Arawasi