A few weeks ago I purchased a postcard with two photos. One had Hokoku#68 but the other featured a much more interesting aircraft; the only known photo of the Experimental 8-shi Reconnaissance Seaplane or Aichi E8A1. 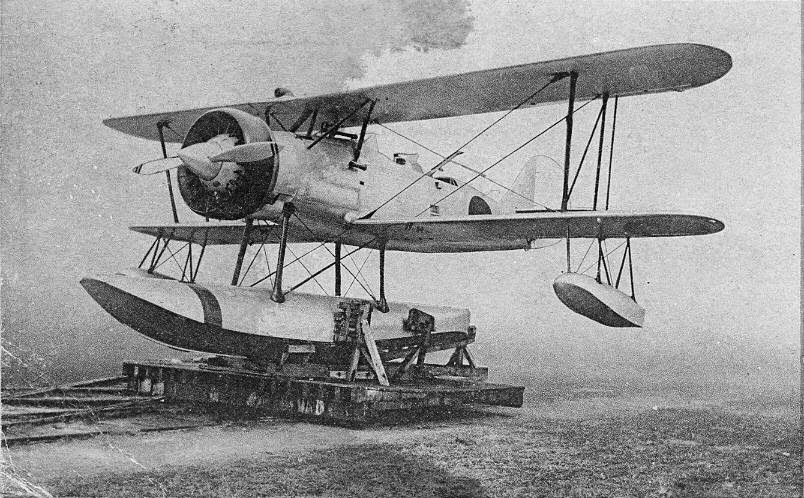 Our good friend Zygmunt  Szeremeta kindly created artwork exclusively for our blog based on the above photo.

Two years after the acceptance by the IJNAF of the E4N2 (here) which was based on the Vought O2U-1 Corsair, a replacement reconnaissance seaplane was sought. Back at that time it was common for the Army and Navy to simply submit required specifications and the various companies to build prototypes which were then tested and compared between them in order to find the best design. Naturally this meant a substantial wasted effort for the losing entries but the competition guaranteed high standards and quality that ultimately led to the advancement of Japanese Aviation industry.
For the E4N2 replacement, the competition included three companies: Nakajima, Aichi and Kawanishi and the requirements included to be able to be catapult launched and to have manoeuvrability equal to a fighter, the latter being particularly demanding for a seaplane.
Aichi's entry was designed by Matsuo Yoshihiro, was based again on the Corsair and was basically an improved E4N2. The Nakajima and Aichi test aircraft were very similar in performance except for manoeuvrability and stability. On those two the Nakajima design was superior and therefore it was eventually accepted by the IJNAF becoming the well-known Nakajima E8N1 "Dave".
The Kawanishi entry was the most interesting but ill-fated E8K1.
Nothing else is known about the Aichi E8A1 but Choroszy Modelbud has released a resin kit in 1:72.

Thanks Luis. Glad you liked it. Most probably CM used the "Encyclopedia", which has a drawing of the type, as their source. Mikesh&Abe also has a drawing.