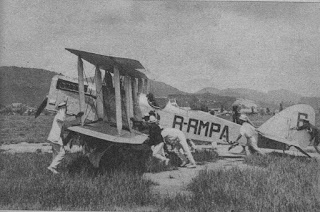 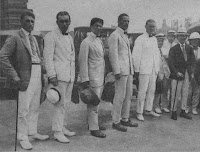 Motoori Midori was the first singer of children songs in Japan, was the daughter of Motoori Nagayo, a famous composer of children songs in Japan. On this UTube link you can hear two splendid children songs sang by her amazing voice accompanied by her father playing the piano. The first song she is singing is the very famous children's song "The Blue-eyed doll"
Lyrics (translation by Yamagishi Katsuei):
"The beautiful blue-eyed doll was born
In America and it is made of celluloid
When she arrived at the Japanese port
Her eyes had long been filled with tears
“I don't understand the language.
What should I do if I get lost here? ”
Kindhearted Japanese girls, Oh please
Be friendly and hold her near"
If you have more information about the flight, please share.
Posted by Arawasi