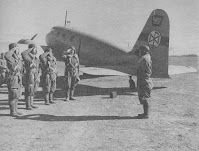 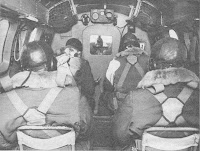 Inside the cabin of a "Hickory"

A Ki-54 belonging to the Mito Rikugun Hiko Gakko (Mito Army Aviation School) is just back from a shooting training flight for machine gunners.