Today we feature a quite interesting set of photos and movie stills that we are sure modelers and aviation researchers will find interesting.
The place is Atsugi base right after the end of the War.
First a NARA photo. 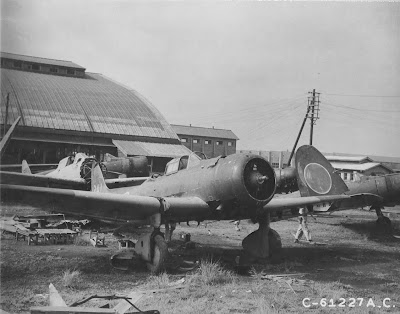 In the foreground there is a Type 99 Carrier Dive-bomber or Aichi D3A2 "Val". According to FAOW #33 it belongs to the 1081Ku and the tail marking is "81-241". In the close up below, the white 241 is certainly there but no hyphen or "81" are clearly visible. What can also be seen is a deleted "213". Note that the front part of the starboard spat cover is lying on the ground.
The Zeros surrounding the plane all appear to be old A6M2s with the "gray" right behind the "Val" having a "??61" painted above a previous deleted marking. Note the lack of radio antenna masts. 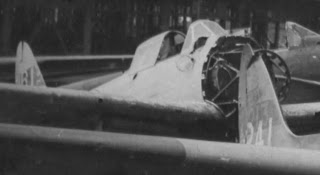 The next NARA photo is showing the same aircraft but from a different angle. Note the "Val" with the folded wing-tip and the "gray" Zero on the right side of the photo. Of particular interest though is the Type 96 Attack Bomber or Mitsubishi G3M2 Model 22 "Nell" on the left side of the photo. The camouflage is extraordinary. 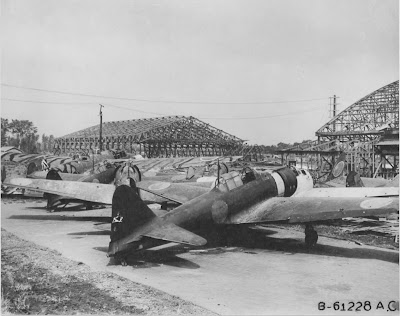 The close-up below reveals an interesting tail marking, a "tsubame" (swallow) which was the marking of the 1081Ku. Unfortunately the rest of the tail marking is not visible in this photo. Note that the green Zero right next to the "Nell", standing behind the starboard wing, has its wing-tip folded. 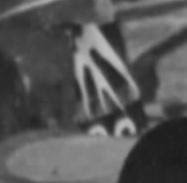 Searching on the internet we found the color photo below from the Jeff Ethell Collection which features a "Nell" with very similar camouflage pattern. Without this color photo it would have been impossible to be 100% sure that the lighter color is what appears to be orange-brown. Note that the plane has no red/brown primer and that it is not the same aircraft with the NARA photos above. The camouflage pattern and the location inside Atsugi base are different. 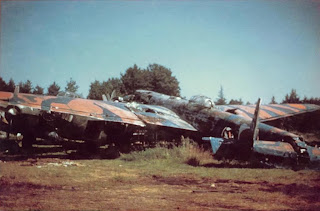 Below are a couple stills from the movie "Japan under American Occupation".
The first shows again the aircraft in the top photo from yet a different angle. Unfortunately the tail marking of the "Val" is not clear. 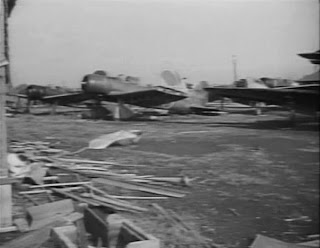 In the still below though the tail marking of the "Nell" featured in the second from the top photo is finally revealed; "1398" with the "tsubame" marking above. There doesn't seem to be any "81-" part as expected for planes belonging to the 1081Ku. But on closer inspection the white "1398" is painted above a previous deleted marking, at least on the rudder part.
For those perhaps sceptical if it's the same "Nell", note the Zero with the folded wing-tip and the gray engineless one in the background as well as the building. 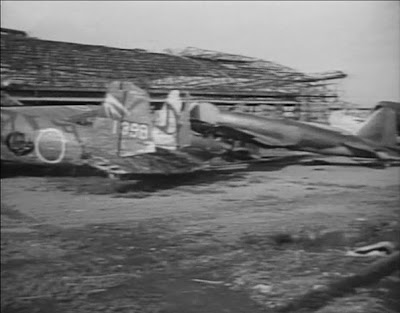 Finally we would like to present another "Nell" from the same movie with a similar camouflage pattern. The tail marking has a kanji which from what we can tell is "Kyo" from "kyoiku" (training). We were not able to pinpoint the unit. Any suggestions are most welcome. 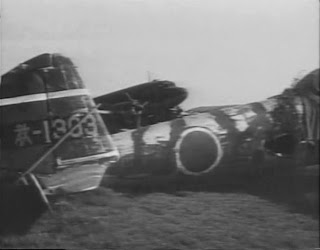 
Interesting pix!
The kanji on this Nell looks a lot like that on a G4M1
at Atsugi airbase. It is the Betty with : kanji2-302.
It's just a guess, I've seen this picture on CriticalPast.
What happened to these planes over there, were they buried or burned?