A photo from a vintage January 1935 magazine. The captions says:
"Last year two members of our female pilot group flew to Manchukuo for the first time. We have high hopes that this will promote female aviation in our school. In the photo below, taken during their first flight of the year, four members of the Ajia Koku Gakko are featured, from left: Mses Murakami, Matsumoto, Hisada, Ikemura. The female group includes more members like Mses Mabuchi and Suwa but overall chief of the female group is Ms Matsumoto."
The first female pilot who flew to Manchukuo was Ms Matsumoto Kiku who made the flight from October 22, 1934 to November 4 with a Salmson 2A2 named "Shiragiku", becoming the first Japanese female pilot to complete an overseas flight. The second was Ms Mabuchi Choko who took-off from Haneda on October 26, 1934 and arrived in Changchun on November 5, also with a Salmson 2A2 but named "Kicho" (Yellow Butterfly; her name "Choko" means "Miss Butterfly").
Ajia Koku Gakko (Asia Aviation School, a.k.a. Ajia Kokukikan Gakko - Asia Aero-engine School) was founded on May 19, 1933 by pilot Iinuma Kintaro. The school was located at Susaki airfield, Tokyo. 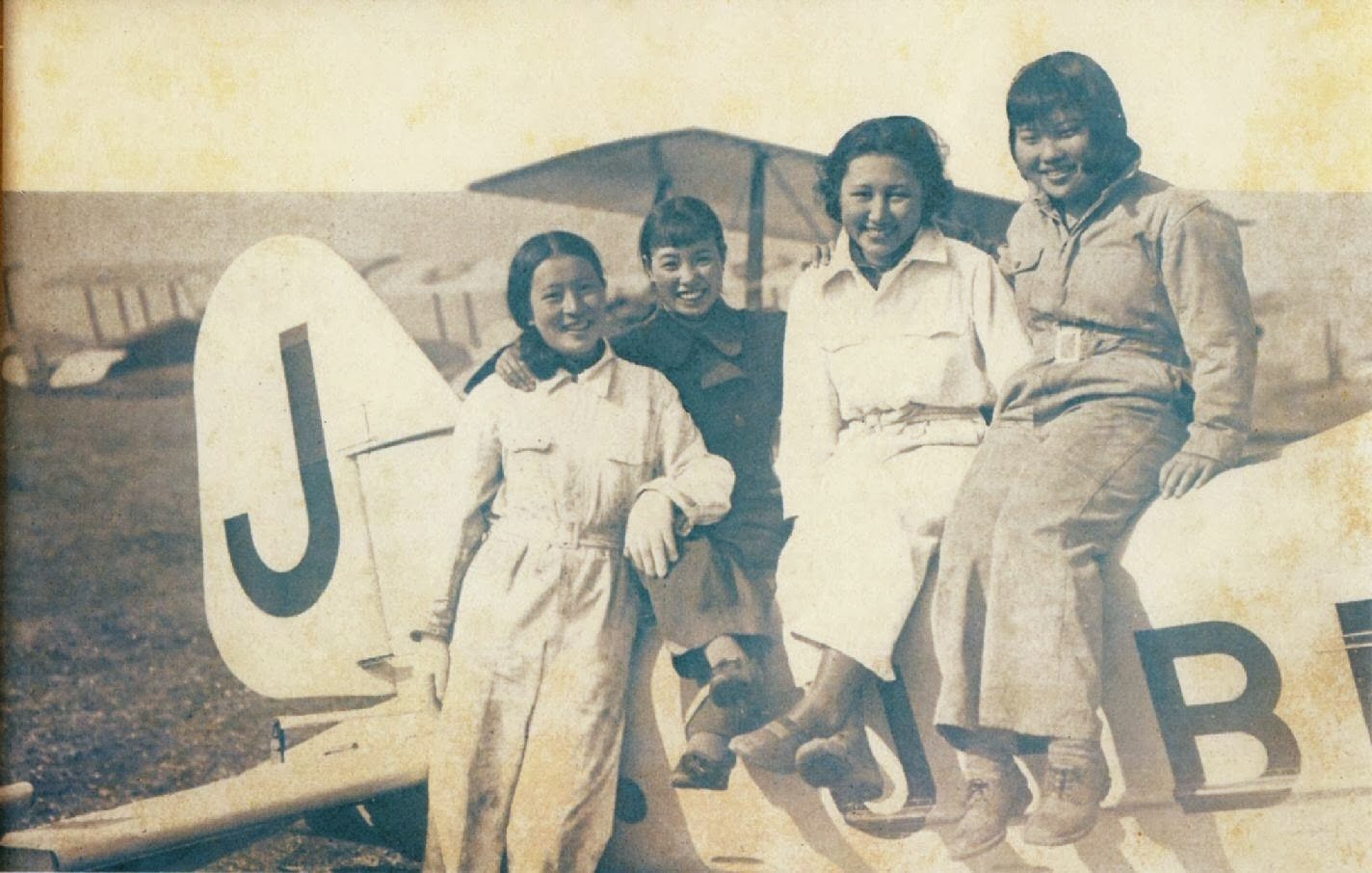 The girls are sitting on a rather rare Japanese X-plane; one of the Kawasaki KDA-3 prototypes. Wiki has a nice article about the type HERE. Ajia Koku Gakko received the third prototype which took the civilian registration J-BEYF and was modified to a two-seater. 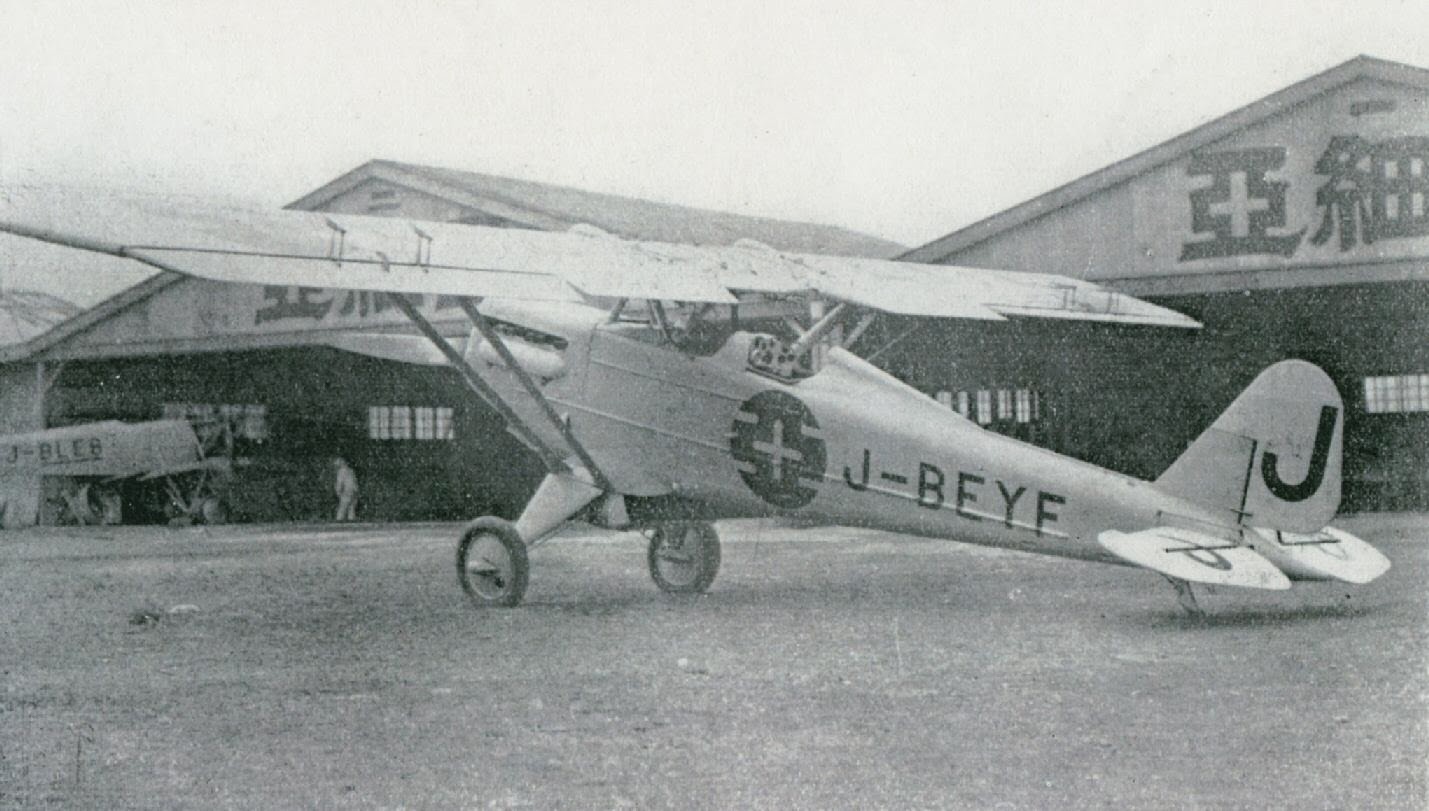 Note the school marking on the fuselage sides and on the wings based on the "A" kanji for Ajia; 亜細亜, and the school name on the hangars. The type of the aircraft in the background registered J-BLES is unknown.
Posted by Arawasi

Now this is an interesting article. I always thought the air schools were a man's club only. I'd like to see more of what the Lady Eagles did and what happened to them. Also who paid the tuition for these gals?

Were there any female aircrews used during the Japanese wars in China, Korea and WWII similar to the WRENs and WACs?

The aircraft in the background looks like an Avro 504(K) Perhaps license built in Japan?

AFAIK there were no Japanese women officially serving in the IJNAF or IJAAF. No WRENs or WACs. There was a number of Japanese female pilots mostly pre-war. Conditions were difficult and they had minimal support. Some were from wealthy families and were able to support their passion, others had to work to do so.
Matsumoto was from a peasant family and had 7 more siblings. She was an elementary school teacher and was invited to join an aviation school by two pilots she came to know. A few years after her record flight she got married, quit flying and became a school teacher again.
Mabuchi's father was in the military and her family was well-off. She graduated from Japan Women's Sports University and became a sports teacher. As a discus throw athlete she was barely disqualified from the Japanese Olympic team that was to participate in the Los Angeles Olympics of 1932. She was very disappointed but a girl friend, Nakayama Kiyo (another female pilot), encouraged her to fly and join an aviation school.
Each female pilot had a different personal story. A chapter of the Japanese Aviation History barely mentioned or talked about.

Thanks Jacob for the suggestion.