The "Fugaku" was a 1943 plan by Nakajima to bomb the USA with an aircraft that could be a combined IJNAF & IJAAF effort. But the US built first the B-29 and bombed Japan cancelling the plan.
The "Fugaku" project advanced until the engine construction stage a sample of which survives in Narita Museum.

Below is a model in 1/144 of a rather advanced what-if version by Tanaka Shori-san. Note the radar dome and the small jet engines, helpful during take-off. 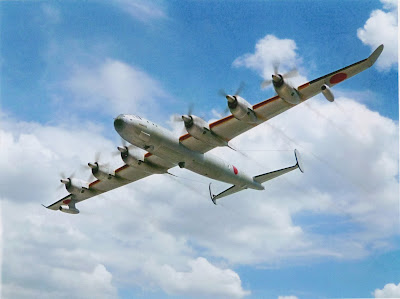 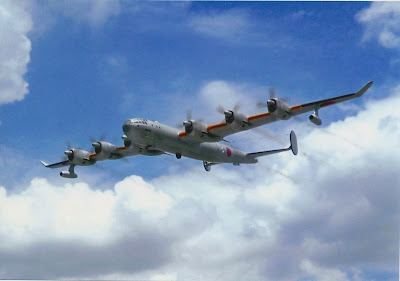 Tanaka Shori was born in Tsukushino city, Fukuoka prefecture. Near the end of the War ended he was elementary student sixth grade and he saw many tokotai planes taking off from nearby airfields. He was an eyewitness to 4th Sentai’s unit leader of the “Kaiten-tai” 2nd Lt Yamamoto when he rammed his Ki-45 "Toryu" on a B-29. He will never forget Yamamoto’s name written in hiragana on the crashed tail remains of the plane.
Building models of aircraft he saw as a child always bring back bitter memories.
After the War his father worked in a nearby US base which he visited very often and listened to jazz songs on the jukebox. Growing up he became a quite famous jazz singer and had the chance to meet and talk to many famous veteran pilots. His other hobby is photography and Tanaka-san has an incredible collection of vintage cameras.
He has released a small book with photos of his models and information about each aircraft.

Amazing looking aircraft! Tanaka-san is also very skilled at bringing realism to his subjects, not always easy to do with models.