The IFF stripes of the "Shoki" were usually similar to the ones "Hayabusa" had because of the shape of the wheel wells. But occasionally they were rather thick and there is at least one exception as shown in the photo further below from FAOW #16 p.29 where the caption says they were red instead of yellow. 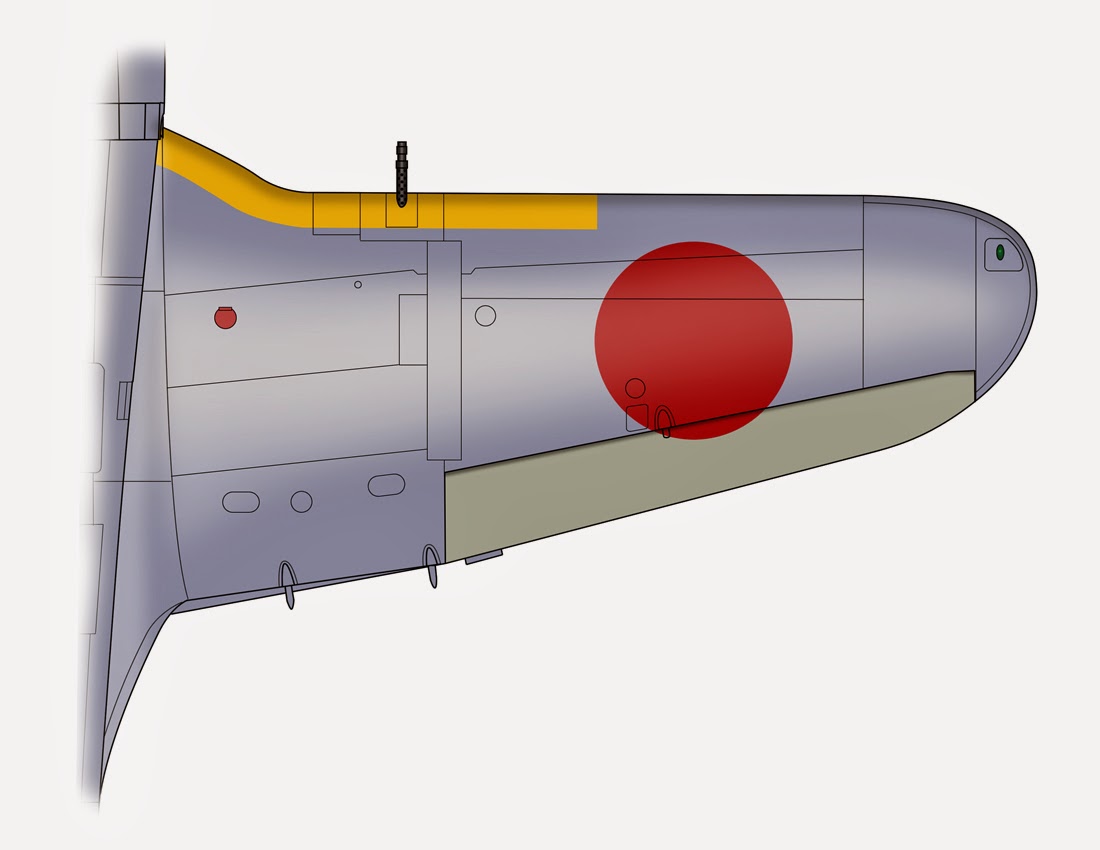 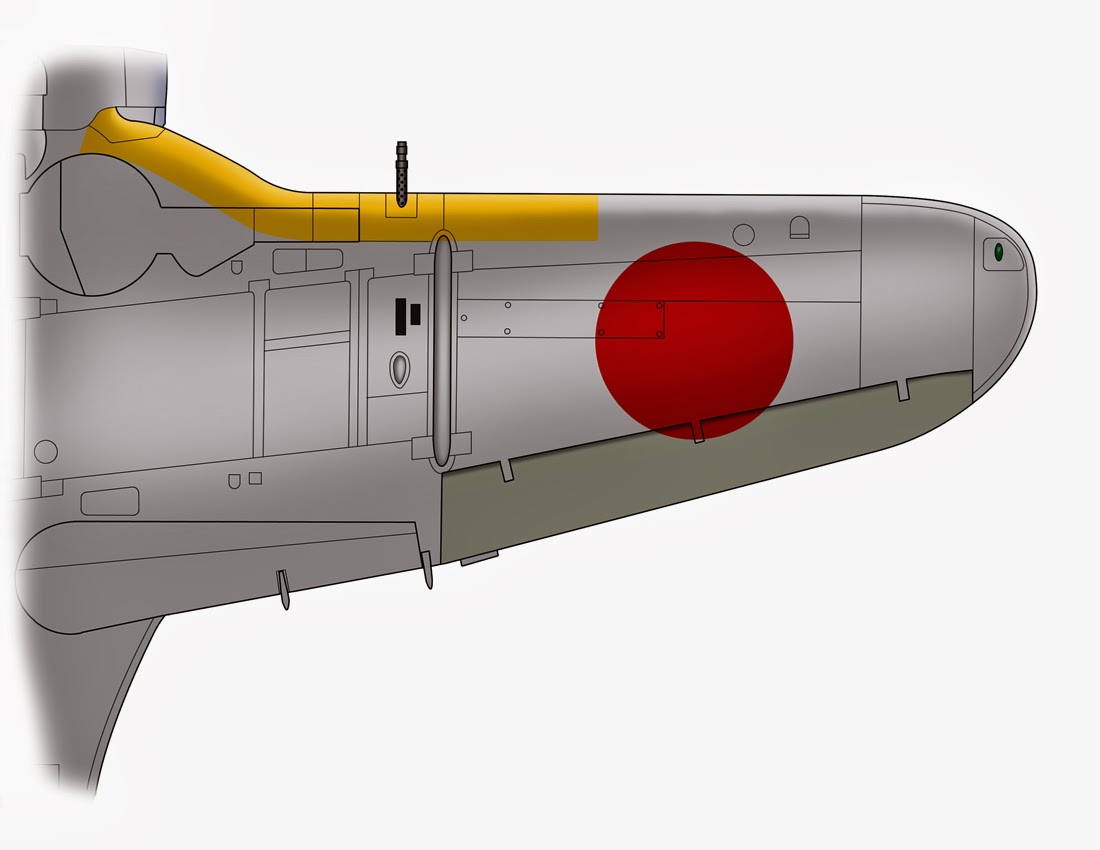 The IFF stripes of the "Hayate" were a lot narrower compared to all the other IJAAF fighters. They were also very close to the wing leading edge and didn't touch the wheel covers. Check your references for possible exceptions though where the top part could be thicker. 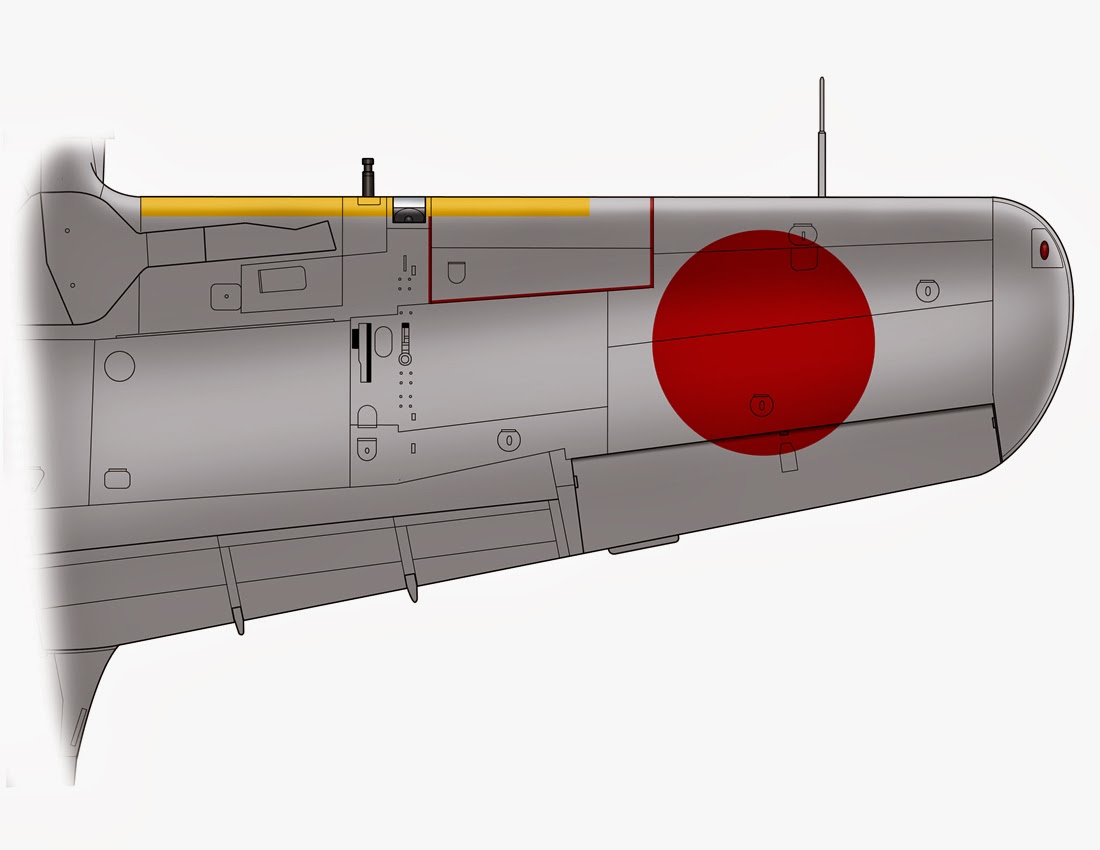 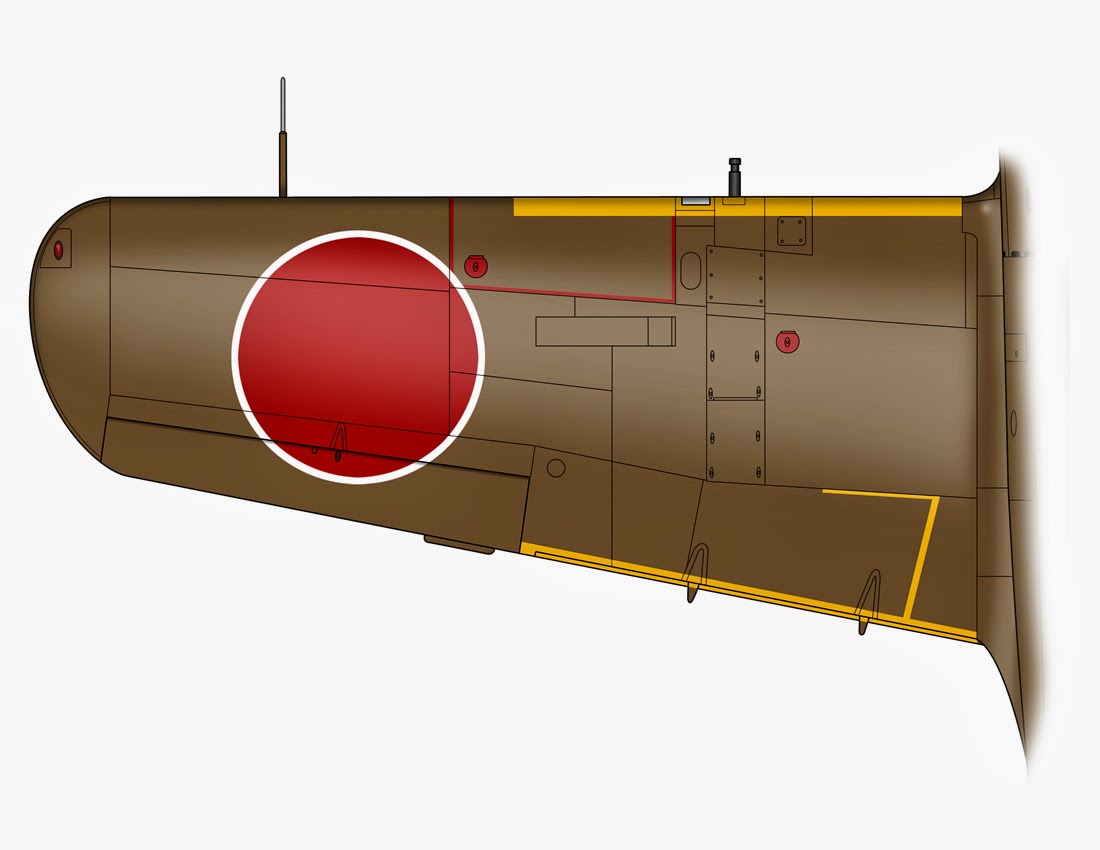 That's it about the IFF stripes for the moment. We will come back with the IJNAF fighters very soon.
Posted by Arawasi

I am currently building Hasegawa's 1/72 scale Hayate. This helps a lot.

Thank you once again. Very much appreciate this valuable information!