One of the "classic" tourist locations of Tokyo is Meiji Jingu (Meiji Shrine).
In December 1942 the 13th Meiji Shrine National Training Games were held. Among the various sports a glider competition was also held for the third consecutive year with groups from all over Japan.
In the photo below representatives of the glider groups parade in the "Meiji Jingu Gaien Kyogijo".

The parade was followed by a visit to Meiji Shrine. 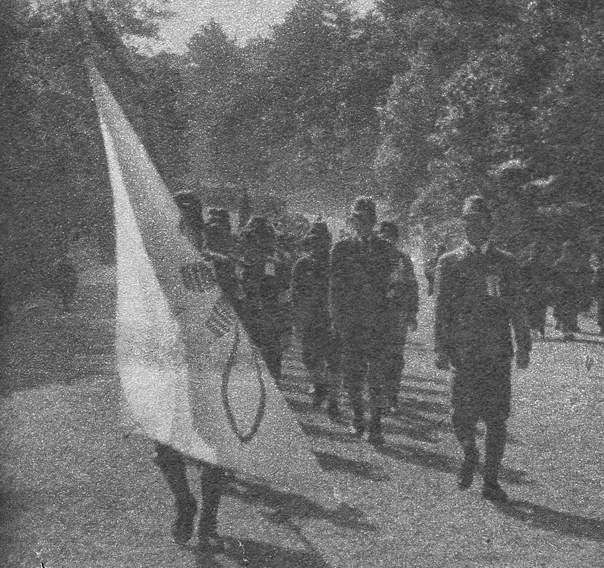 The glider contest took place in the central glider field of Dai Nippon Hiko Kyokai (Grate Japan Aviation Society) in Ishioka city, Ibaraki prefecture. On November 1st, the chairman of the Games, HIH Prince Mikasa-no-miya, visited the glider field with his wife and wished all the glider pilots the best and to become soon "Wild Eagles". 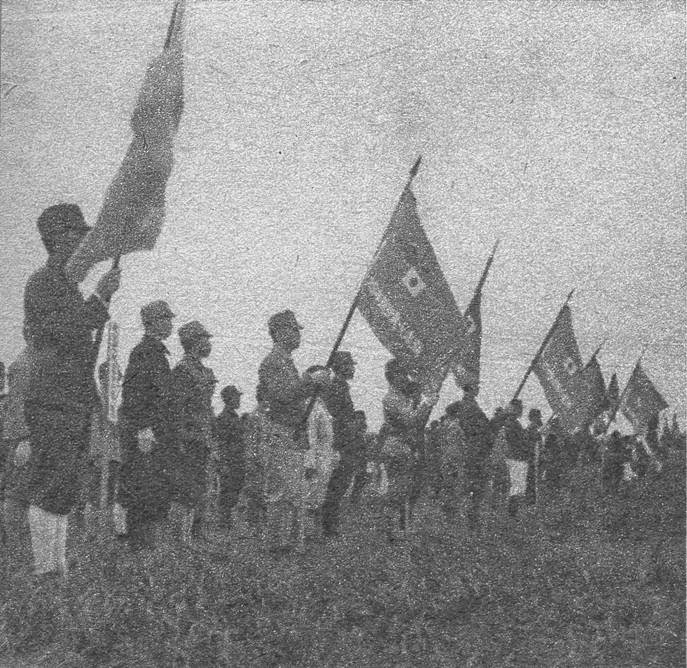 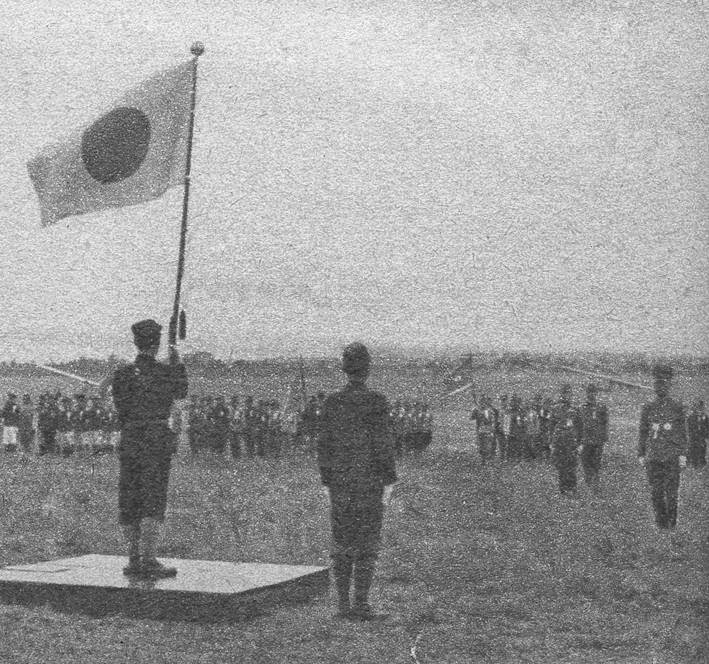 The programme started with the primary gliders.

Note mount Tsukuba in the background. 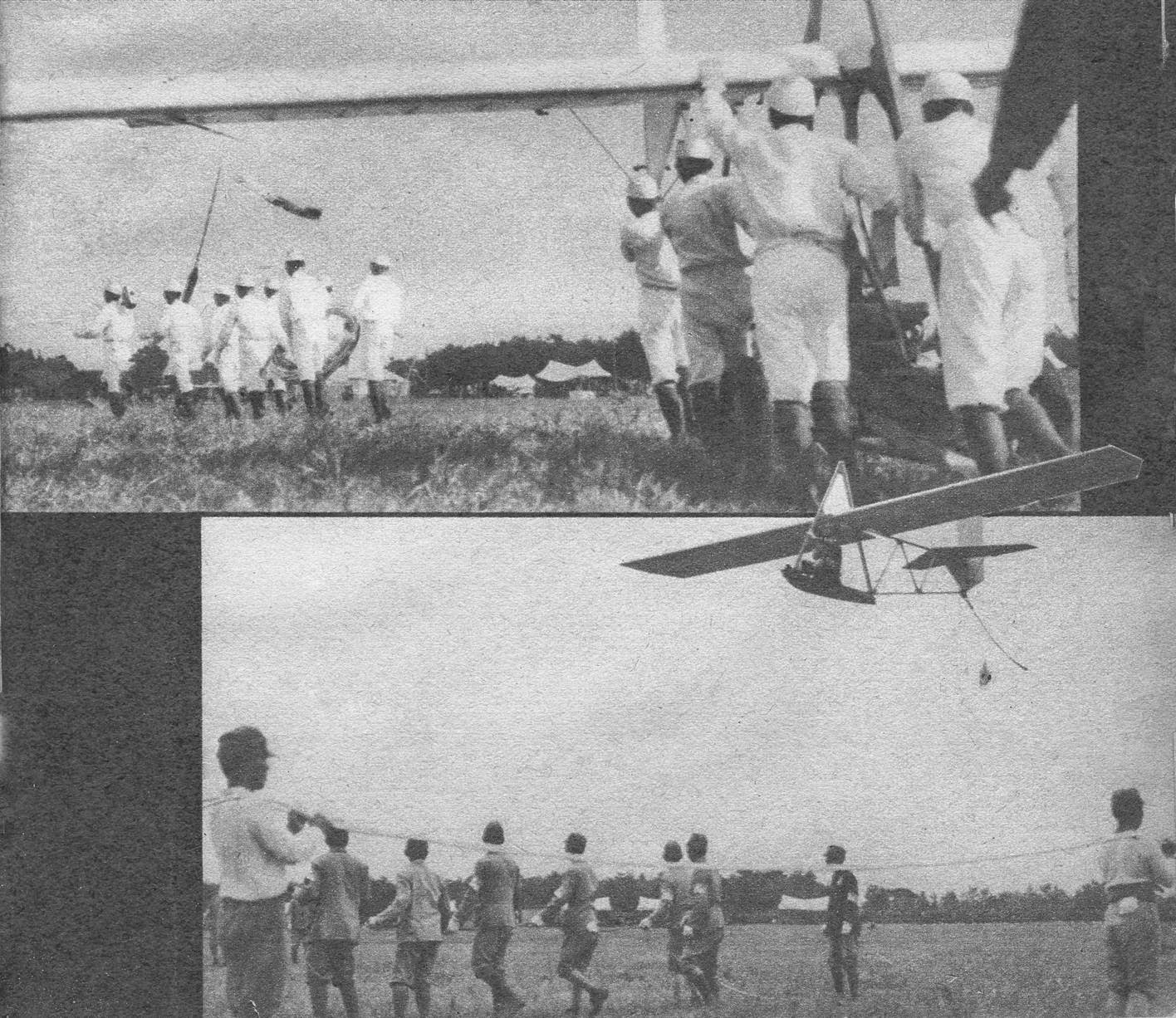 Then it was time for the secondary. 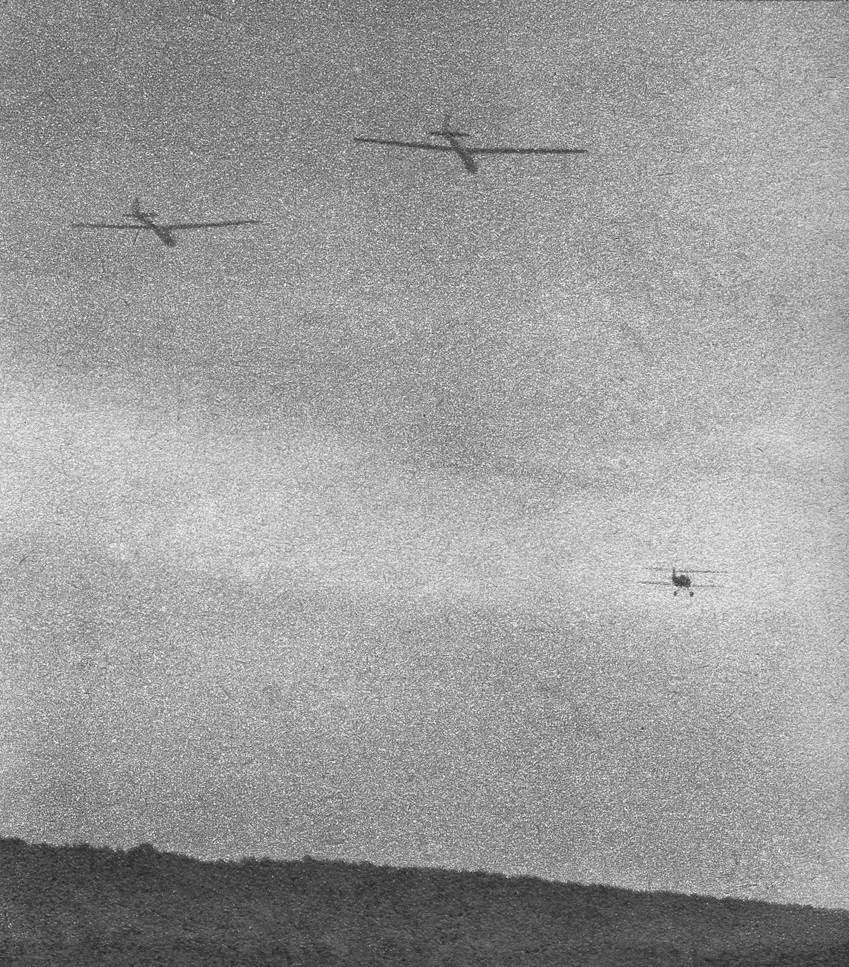 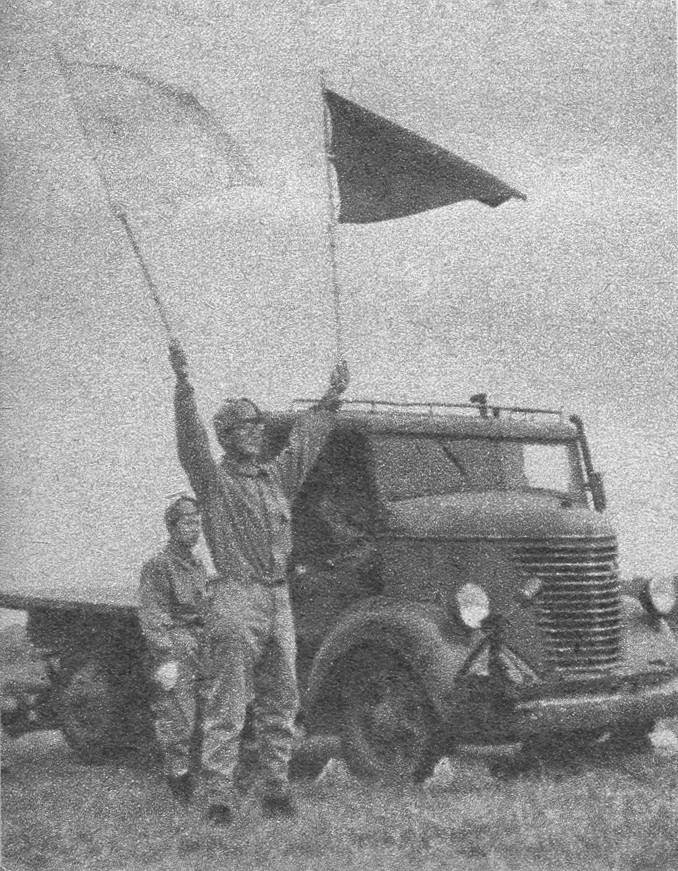 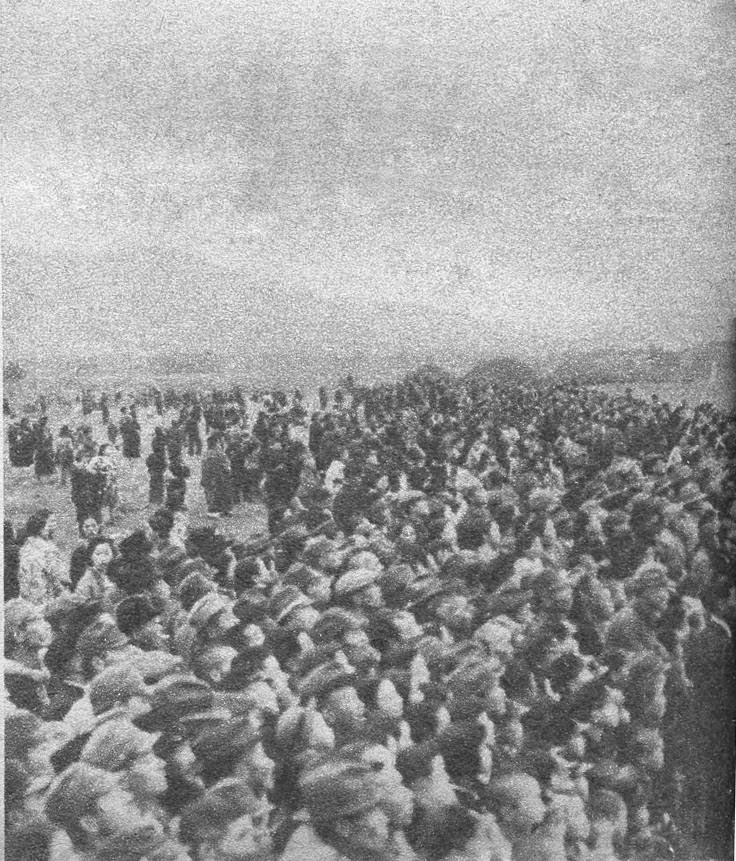