A couple years ago we had posted some most colourful and exotic covers of comic publications (here & here) that were very nostalgic to us. Today, on August 15 of all days, we would like to post some particularly piquant covers and story titles of vintage pulp publications, some with Japanese airplanes. 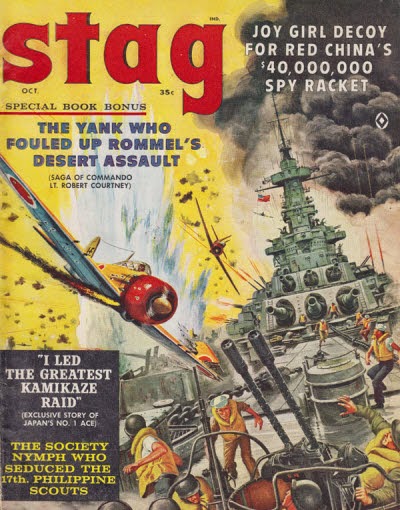 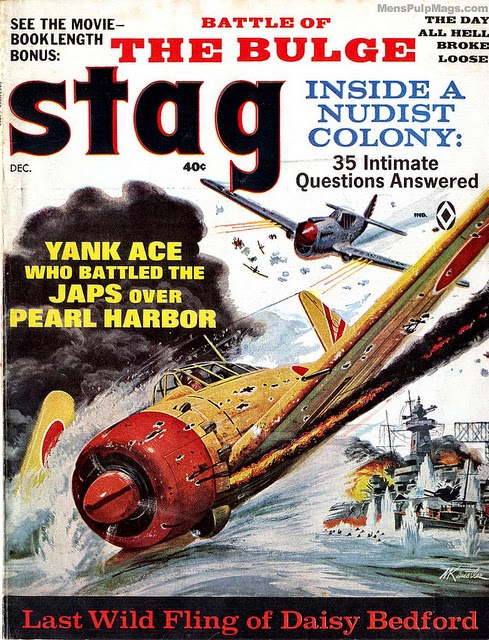 "Yank ace who battled the japs over Pearl Harbor" and "Inside a nudist colony: 35 Intimate Questions Answered".
In the cover below, at least the "Betty" looks like one. 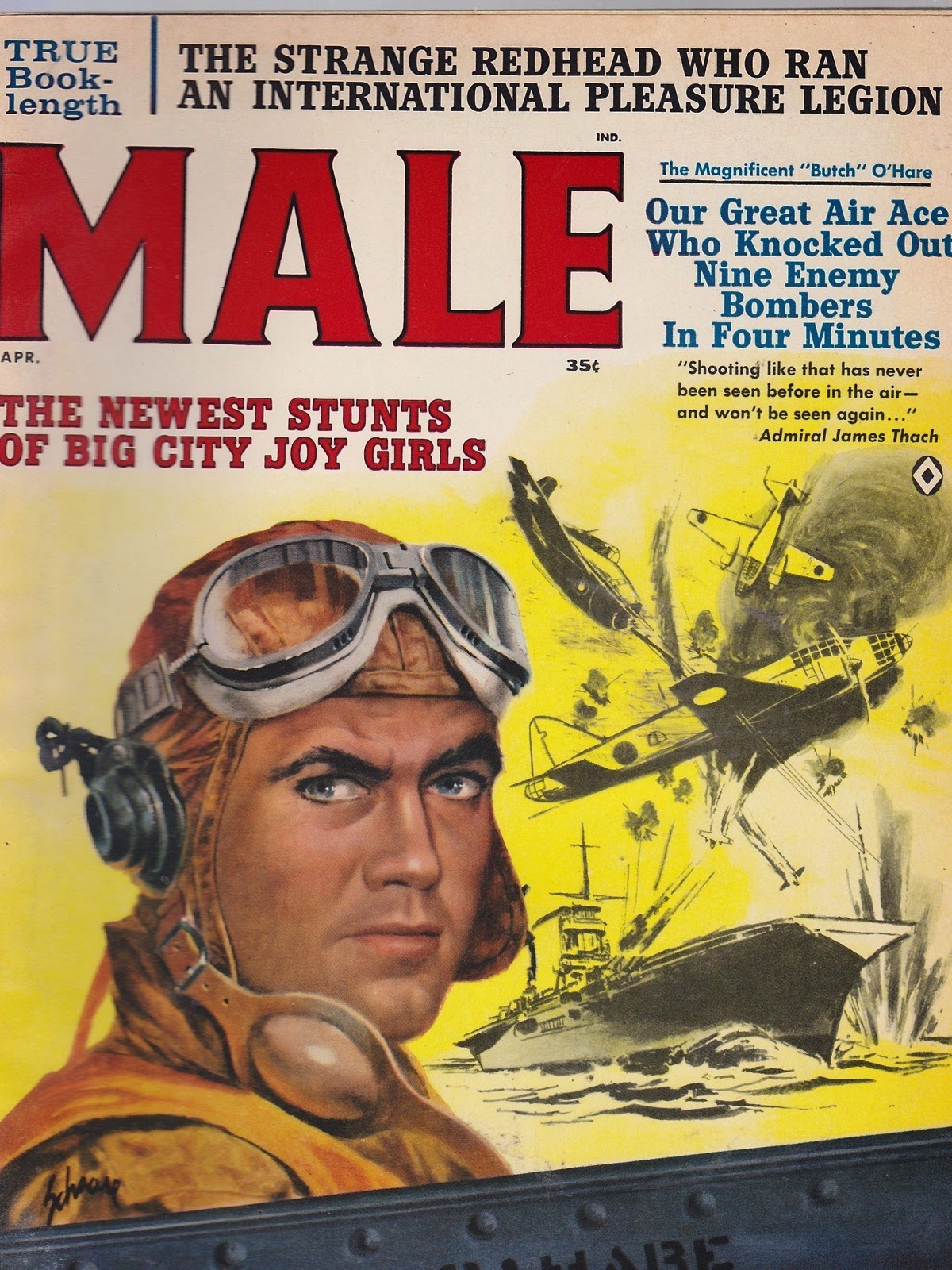 Most dramatic but improbable scene of P-38s shooting down what look like yellow "Claudes".

"Japs rely on secret superplanes for last-ditch stand". "Secret planes" that will be revealed on the above issue with the bomb-pitching sordid-looking "Japanese pilot" on the cover, in front of a "Hien"/P-40 aircraft.
Weird  Zero on the cover below, perhaps the inspiration of the Moscow museum "restorations".

A most amazing title: "The wing-bender from island X: They dared the Zero inferno to save a jap _ this hot-stick guy and WAC with the radar brain""

Looks like the tail marking of a yellow "Nate" belonging to the 77th Sentai, isn't it?
But how about this tantalising not aviation related story: "The 15 maids in Col. Mito's spy house (From the Kempetai archives, strange story of a desperate Japanese plot to save their crumbling empire)" 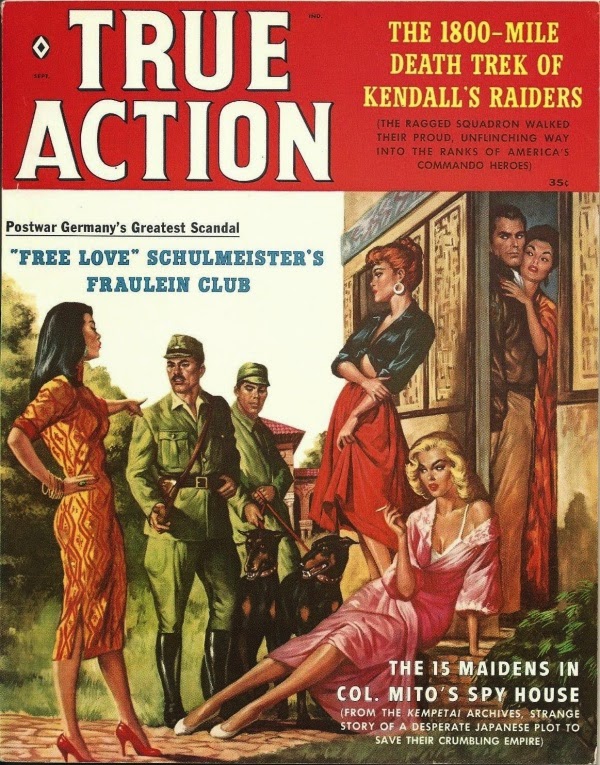 Blue Japanese aircraft on the cover of the publication below with the Asahi Shimbun marking on the wings. Why not?

Silver Japanese aircraft on this cover with hinomaru AND Asahi Shimbun markings. Anything goes.

Important marital advice in this story: "the G.I. HUSBAND of a JAPANESE BRIDE writes: FOR REAL JOY IN MARRIAGE GIVE ME AN AMERICAN GIRL'S BRAND OF LOVE" 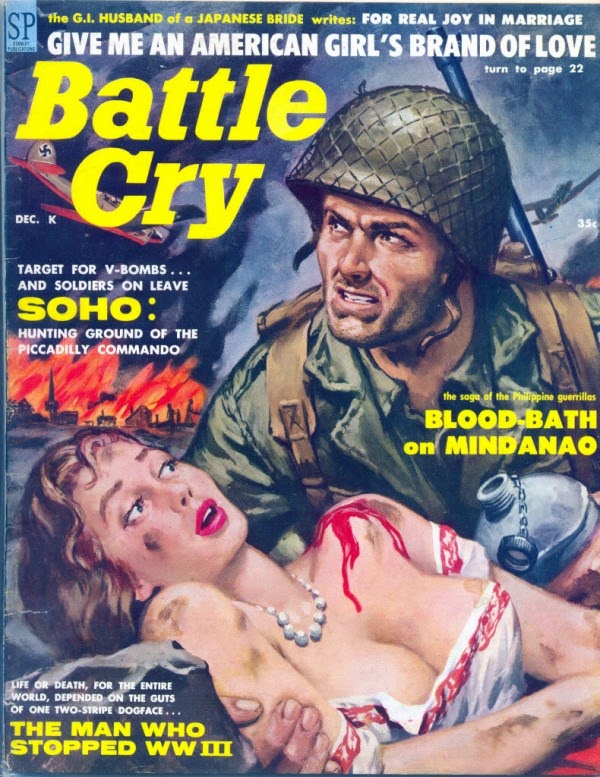 Japanese, German, British and what-have-you aircraft in this cover extravaganza.

The title says it all: "THE LAST YANK IN SINGAPORE AND HIS FOOTLOOSE LADIES: Holding out with five party girls, he kept Allied victory hopes alive in Southeast Asia..." 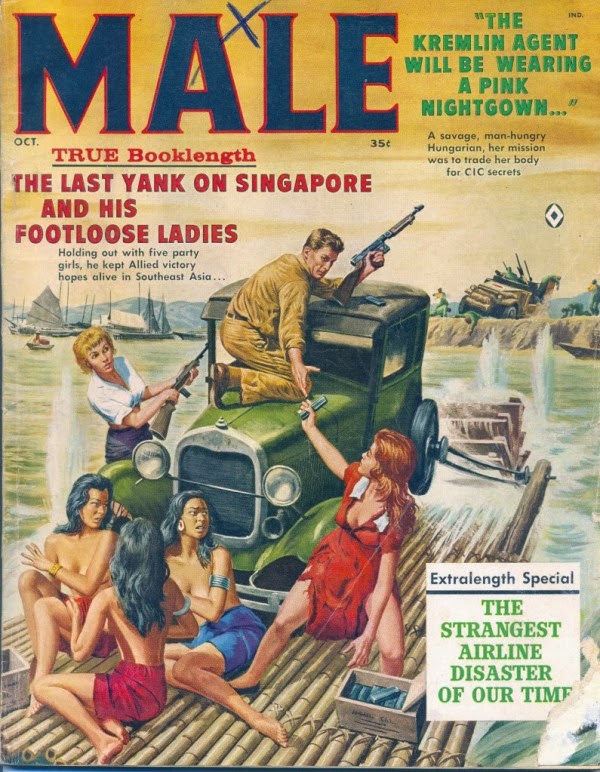 More red-nosed yellow Zeros but note the extraordinary story title: "THE NYMPH DECOYS OF ASIA'S COMFORT HOUSES (with opium and women, Kenji Diohara twice sold out China - fist to the Japanese then to Mao's red legion)" 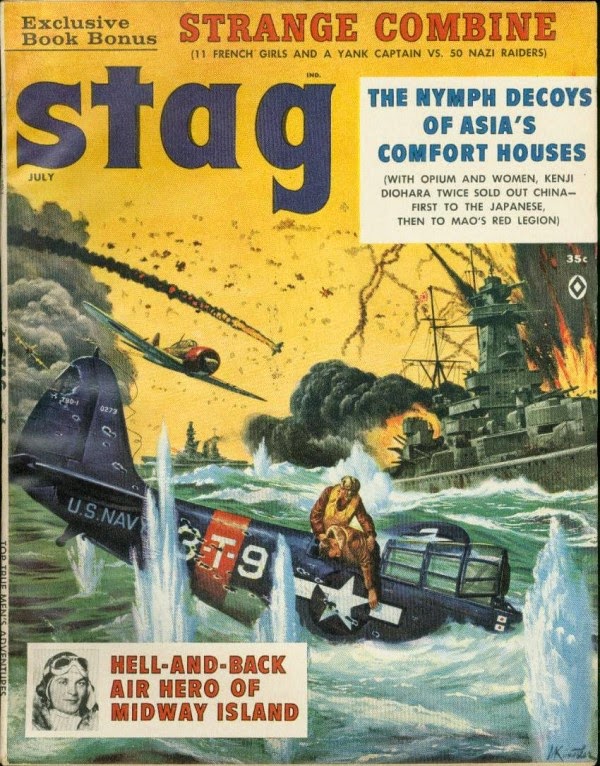 Can somebody please explain what types of Japanese aircraft are they supposed to be featured in this "Jap Buster Johnson" story?

And saving best for last do not miss the incredible story about "the nympho bear-hunting women of Honshu". 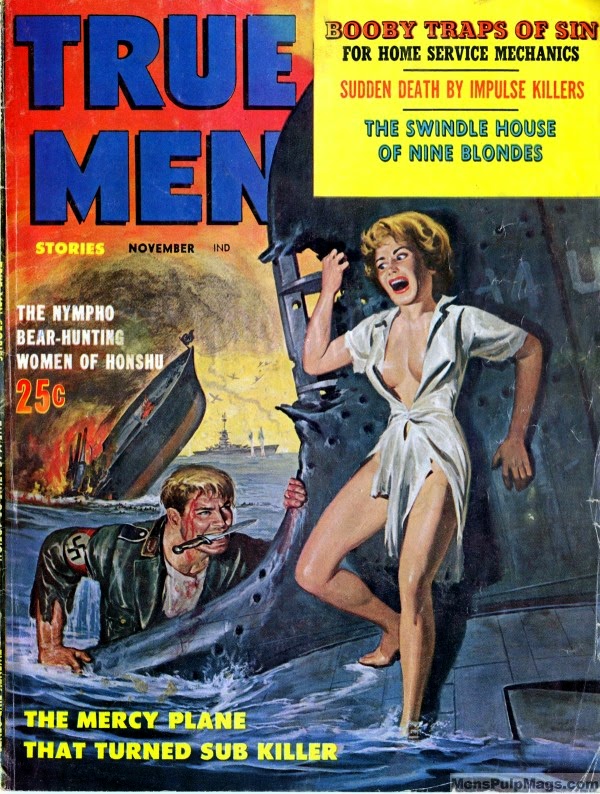 All images via the net especially these sites: Pulp Covers, here, HERE and HERE.
Check also THIS link for a most ridiculously funny story of the "All-Star Squadron" against submerged (!!!) Zeros operating from a sub-aircraft-carrier!!!!
Posted by Arawasi

Thanks for this post. The sub-aircraft carrier is too funny.

I wonder why the red noses zero. I've to say the look great ... maybe a fantasy model.

Were there ever any A6Ms in yellow with red noses? No, right? It was purely made-up?