Aoshima's N12K2-J kit was first in their series of new-tool kits, significantly improving the company's reputation to the rank of Hasegawa or Tamiya. IMHO, it is much more accurate and better detailed than Hasegawa's kit, especially in the cockpit and cowling area. Also, the "inverted gull" wing trailing edge is accurately depicted.
There are only few minor errors, such as missing life raft compartment hatch on the starboard side of fuselage (just behind the canopy), and some other panels on the lower wing / fuselage transition. None of these take too much time or effort to fix. Also, I am not a fan of instrument panels provided as simple decals, but this is a matter of personal preference. I chose to add extra detail to this kit, and ended up with completely scratchbuilt landing gear bays (not that ones in the kit are bad), cannon barrels (with its characteristic subtle taper at the end), navigation lights, exhaust pipes, cowl flaps, as well as some detail in the cockpit (instrument panel, seat, belts, levers, etc).
Some other areas, such as tailwheel struts, the engine, landing gear also received some additional detail. Landing gear covers were thinned and tires "flattened" over the stove just a bit. The gunsight was made by combining Quickboost and Extratech sets.
WIP pictures and comments of this build can be found on Maketarski Kutak forum, but with explanations in Serbian
(http://www.maketarskikutak.com/index.php/topic,16711.0.html)
The color used for the NMF finish is Humbrol 27002 polished Alluminium, with prior preparation using Surfacer 1200 and gloss black. From very detailed articles on this blog (I think you mean Aviation of Japan), I understood that IJN Navy green was a very dark green, rich in hue. I used Hu91 as a starting point, which is intended to represent German RLM70. I added some Hu gloss 2 to the mix make it less dull.
This is my first attempt at NMF and salt chipping, and naturally, I have made some errors. The dried Aluminium paint does have some granulation visible, which i believe is a result of poor (or expired) gloss black paint used as a base color. Also, salt broken down to powder is impossible to remove (paint binds it completely), which shows as lighter blotches and makes the paint look "fuzzy" and uneven in some areas. As I have found out, only crystals of various sizes should be used for this technique.
I would like to thank Nicholas Millman, author of the Aviation of Japan blog, as well as members of J-aircraft.com forum for their constructive comments and opinions.
These were very helpful during this build.
- Aleksandar Andrić, Belgrade Scale Model club, Serbia - 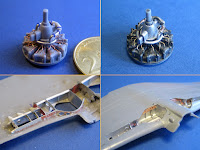 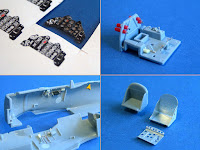 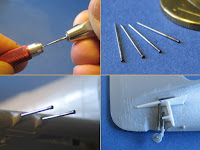 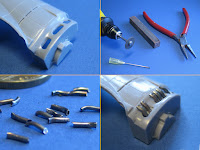 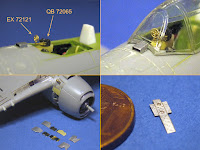 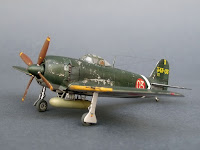 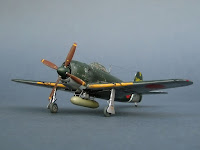 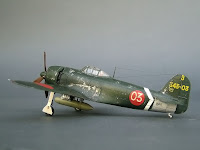 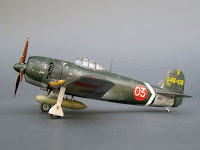 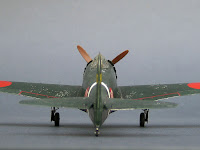 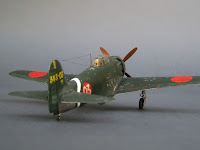 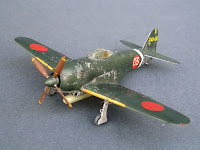 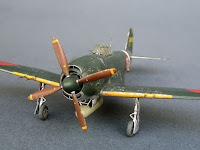 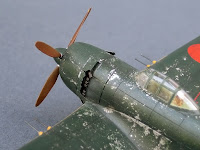 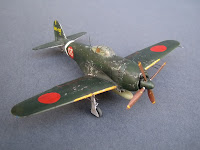 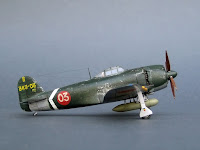 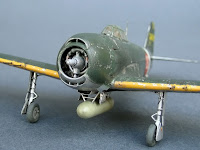 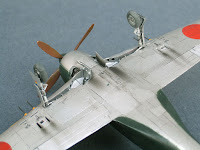 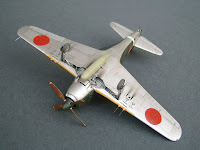 WOW! This is a beautiful little gem! I appreciate all the work you have put in to improve the kit and all the attention to accuracy. For me the salt weathering effect spoils a bit the overall finish and the overall paint job looks too uniform for my taste. I would have given it a 10 if the weathering looked better but it's a 9. Very very good job though.

Perfect - the research, the detail and the colour choice. Comments about the weathering, which is a bit too random in my view, have been made by yourself. However, this modelling effort and the quest for accuracy - particularly in 1/72 - counts more for me than a sleek looking OOB weekend work. I'd give it a 10.

I like the effort you've made to show some tiny details. Wing guns are especially nice with "widened" tips! Maybe a bit more weathering around and in wheelbay would stand nice, but overall I like it. 10 points from me...

Wow! I am absolutely stunned! You put such an effort here! Marvelous. Although I agree with George about the paint-effect I will have to give the full 10 for this great detail in that scale. I am still building on mine (the rocket-variant also from aoshima), but I don´t have the skill, time and tools for performing such great "surgery" in the 1/72 scale! Congratulations for that genesis ;)

I realy like the color. It looks correct and I know how hard is to obtain the "realistic" level of paint chipping, so do not be hard to yourself. Level of detail is great, you showed great talent in it. From me, 10 strait points.

This work in this minor scale is really great!
Note: 9

Awesome level of details,especially for 1/72. Pure 10 from me.