A series of stills from a very short news film.
The location is Cavite Harbor in the Philippines, near Manila. 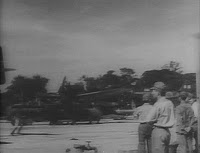 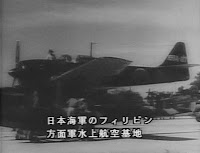 The "Zuiun" above with the tail number 634-27 belongs to the 634 Ku which advanced to Cavite on October 22, 1944 to participate in the Philippine Campaign. 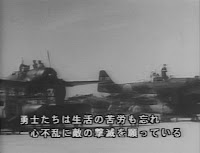 Until this still at least 6-7 "Zuiun" can be seen getting ready for operations. Apart from the 634-27 they carry tail markings not clearly visible. 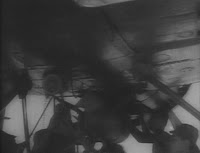 Installing a 250kg bomb under the fuselage. 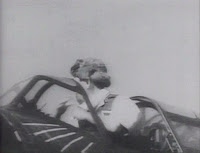 Pilot's ready for take-off. Note the white lines on the cockpit sides to assist with bombing. 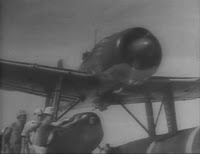 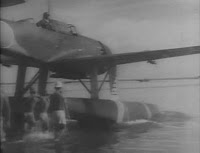 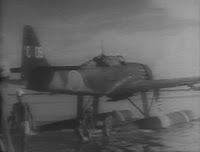 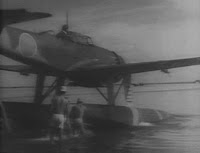 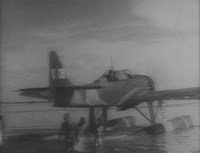 The seaplane is pushed into the water by the ground crew finally revealing it's tail marking; O-06. The larger dive-break openings indicate that it's an early production model.
It has not been confirmed which unit carried this tail marking. But in Cavite at that time together with the 634Ku were elements of the 801Ku and the Reconnaissance 301 Hikotai. The latter was organised in Yokosuka on July 10, 1944 with 24 "Zuiun" of which 18 were operational and six spare, and a number of Aichi E13A "Jake". The unit advanced to Cavite on October 24-25, 1944 and left on January 13, 1945. In the top and third photo of this series at least two more "Zuiun" can be seen with what looks like an O on their tails. In the top photo the tail marking could be O-16 and in the third is probably the O-06. 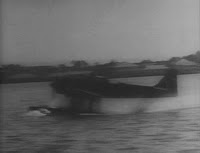 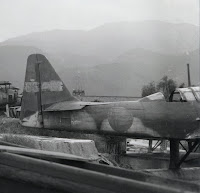 And a photo from NARA of a "Zuiun" found at the end of the War at lake Biwa with a number of Yokosuka K5Y2 floatplanes in the background. 634Ku but the whole tail marking has been erased.
Posted by Arawasi

Thanks for sharing both the captions and the film stills - *anything* on Zuiun is scarce and helps the picture for historian and hobbyist. I agree that by the time of its arrival its mission was no longer viable for Japan, but like other more advanced types that saw late-war production, its allocation and usage seemed ineffective as well. This would have been an effective and dangerous airplane if introduced only a year or so earlier in the Solomons when that campaign was still up for grabs.

I would welcome further English translations for FAOW #47 as applied to "Jake" and "Pete" if time allows - there is so little in English about these operations. Thanks again.