Aomori prefecture. A place famous for it's apples, the fresh and delicious tuna and the summer Nebuta Matsuri. Monday 17~Tuesday 18 we visited the city of Misawa which as Wiki says is "the location of a large military base, Misawa Air Base, which is under joint operation of the United States Air Force's 35th Fighter Wing, and Japan Air Self-Defense Force's 3rd Fighter Wing."
Going there from Tokyo takes some time, about three hours by bullet train to Hachinohe station. 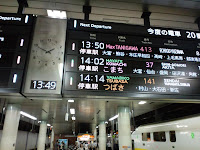 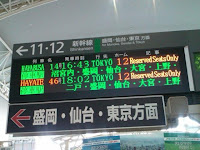 The bullet trains of the Tohoku Shinkasen are called "Hayate" or "Hayabusa". Nice, eh?
Arriving to Hachinohe from the hot and humid Tokyo, we were greeted by the dry and chilly weather of northern Honshu blanketed in dense fog. Then changed to the local Aoimori line and arrived to Misawa half an hour later. 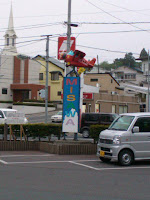 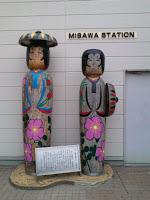 We spent the night at the excellent Aomoriya hotel where we sampled delicious local dishes and enjoyed a very nice short performance of tsugaru-jamisen.
A tsugaru-jamisen sample by the great Takahashi Chikuzan. 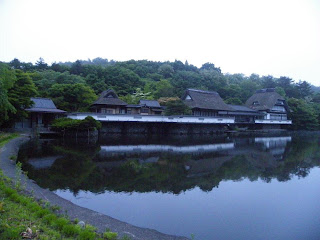 Evening at the Aomoriya hotel pond.
﻿
The next day we visited the MISAWA AVIATION & SCIENCE MUSEUM, AOMORI. It is indeed quite far from Misawa station and unfortunately without a direct transportation connection, except by taxi. It was built ten years ago, located right next to the Misawa base and it's the best aviation museum we have seen so far in Japan with big facilities and very friendly staff. 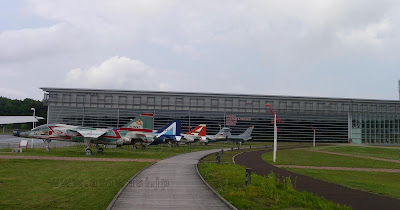 From the 18th the museum started displaying the Tachikawa Ki-54 trainer/transport that was retrieved from lake Towada on September 5, 2012 (HERE), after the wings were joined to the fuselage and the plane was placed in supports. 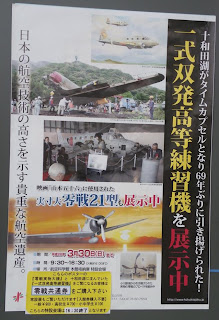 Now I know another place to visit if I can ever get over to Japan! That hotel looks like a nice place to stay. Cool and dry beats hot and humid any day!