A photo from a vintage publication taken in Tokyo's Haneda airport during the massive donation ceremony that took place on March 15, 1941. In the foreground is Hokoku #378 together with other Type 96 Carrier Fighters or Mitsubishi A5M4. This particular aircraft was named "Daishowa-go" after the donor pulp paper company, "Daishowa Seishi" which was founded in the 1927. In 2003 it was absorbed and merged with other companies forming the "Nippon Paper Industries Co., Ltd.".
The hokoku inscription on the Claude on the right is not clear but is probably Hokoku #423, donor unknown.  Note the Nakajima B5N "Kate" in the background. 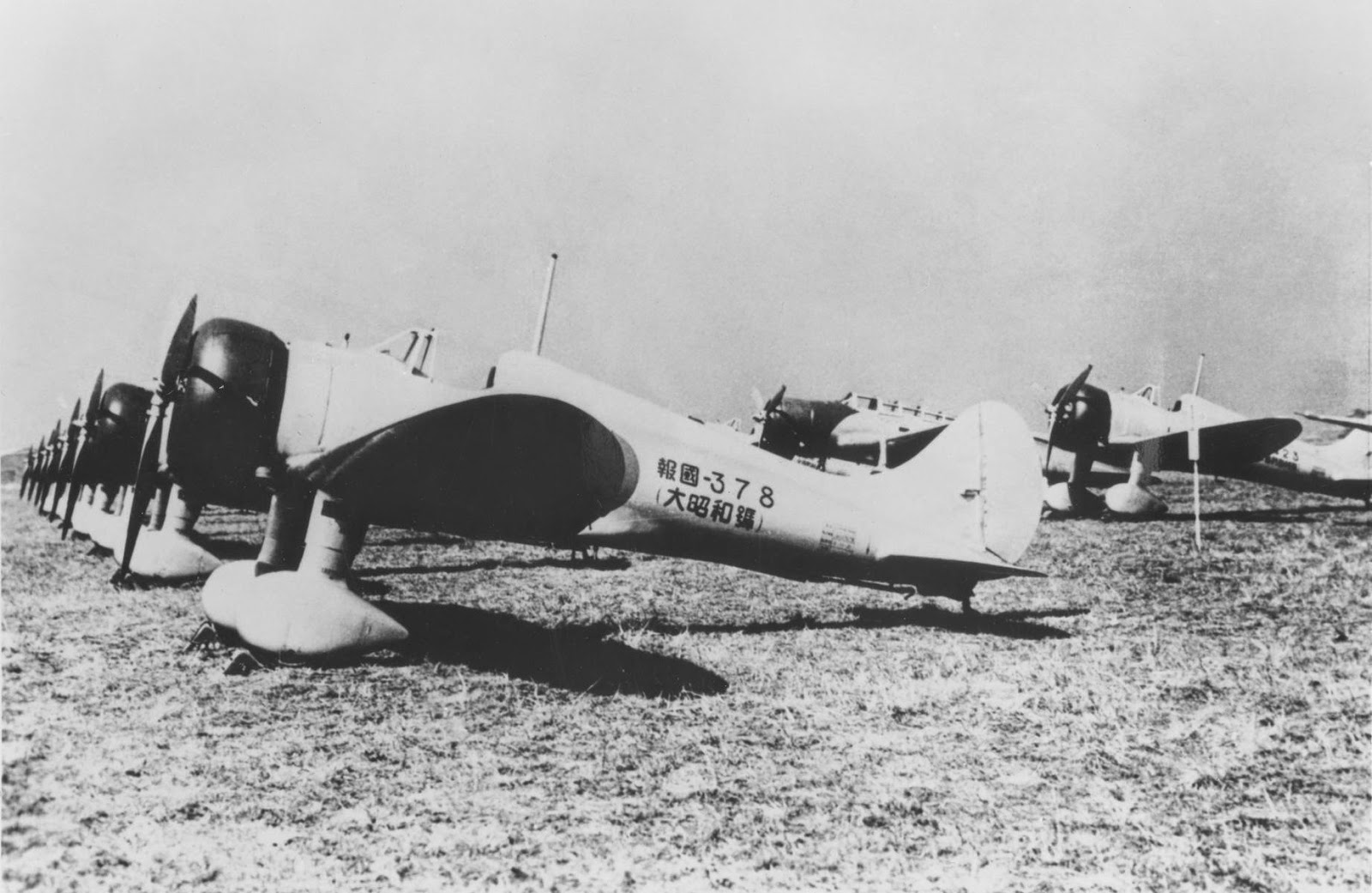