Another Japanese aircraft area modellers often have accuracy issues is the cowling and the anti-glare panels.
The first IJNAF type to have dark painted anti-glare cowling is the imported Avro Land-based and Seaplane Trainers Avro 504L and 504S.

The very next type was the first IJNAF mass-production fighter aircraft with Townend ring, the Navy Type 90 Carrier Fighter or Nakajima A2N1-3.

From then onwards most IJNAF aircraft types with Townend rings had them painted dark. According to Akimoto Minoru-sensei all silver, gray, orange-yellow (tooiro) air-cooled IJNAF aircraft of the later half of the Pacific War had their cowlings painted black. Camouflaged aircraft would have their cowling either the same colour with the camouflage or black.
Following this practise, the various Mitsubishi/Nakajima A6M "Zero" models also had dark painted cowlings, starting with the A6M2. 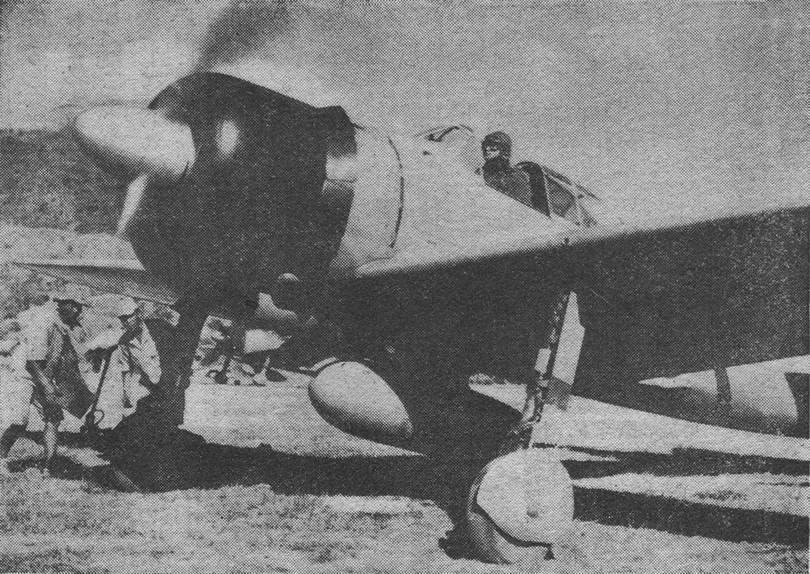 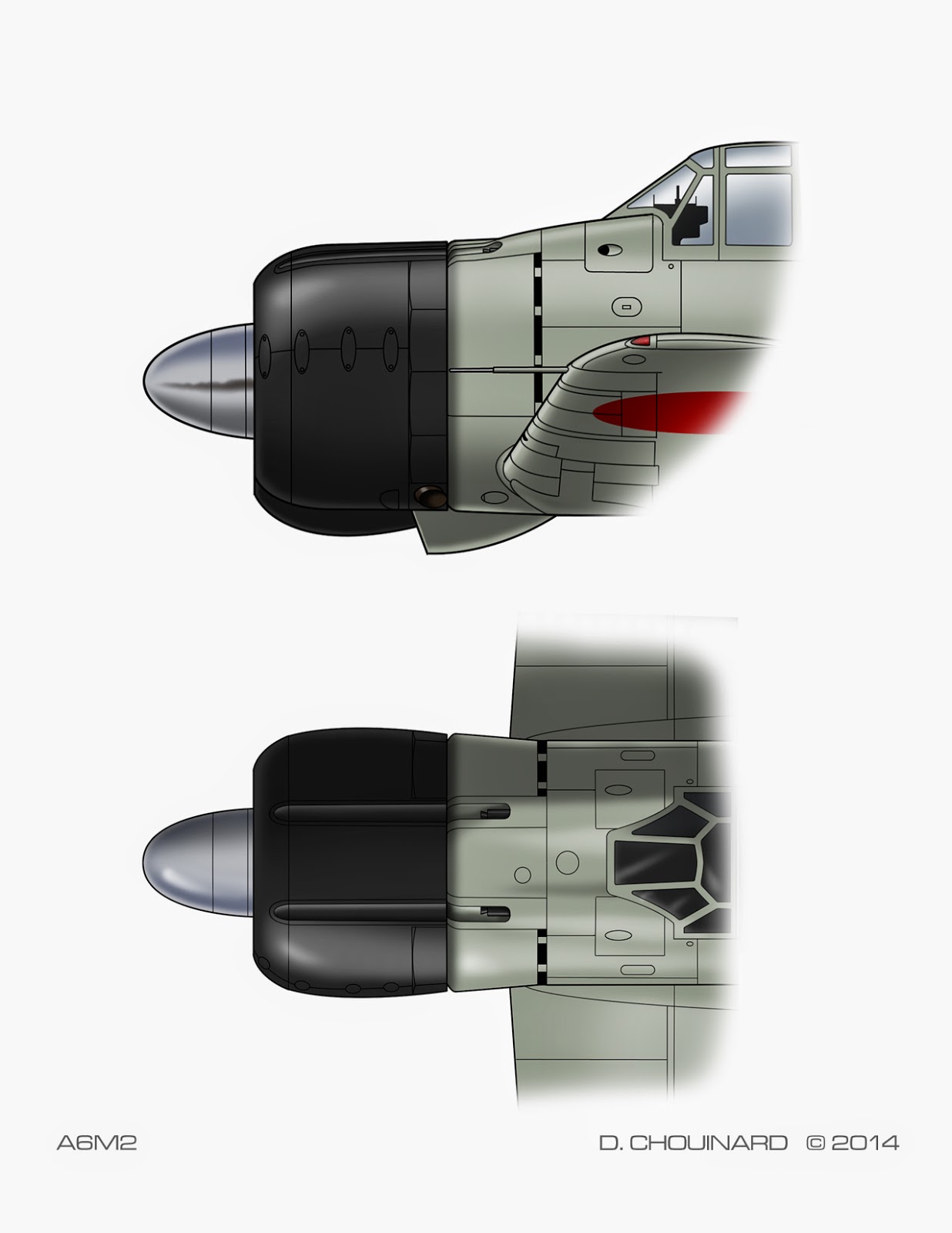 From the Model 52 (A6M5) (below) onwards it became standard practise to paint white stripes of 500mm length, 120~140mm on the port side of each machine gun trough to help with the synchronisation of the guns. In the Model 52b with 13mm machine gun on the starboard side of the cowling, the white lines became as shown below.﻿ 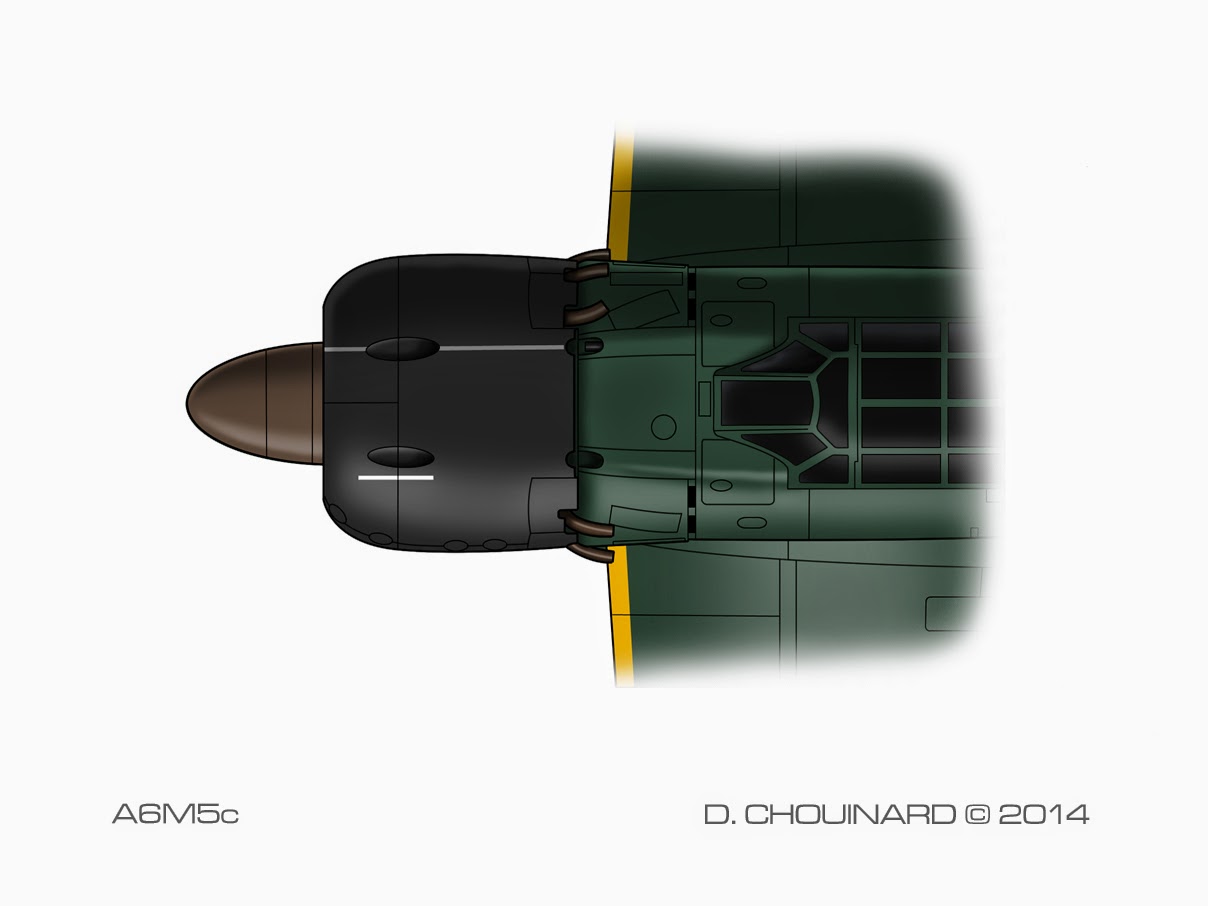 Although the Nakajima J1N "Gekko" had a cowling painted similarly to the Zero, not all IJNAF fighter types had their cowlings painted black. The Kawanishi N1K "Shiden" & "Shiden-kai" is one such example, and did not have anti-glare paint applied. The Mitsubishi J2M "Raiden" is another exception. The anti-glare paint extended until the canopy as shown below. 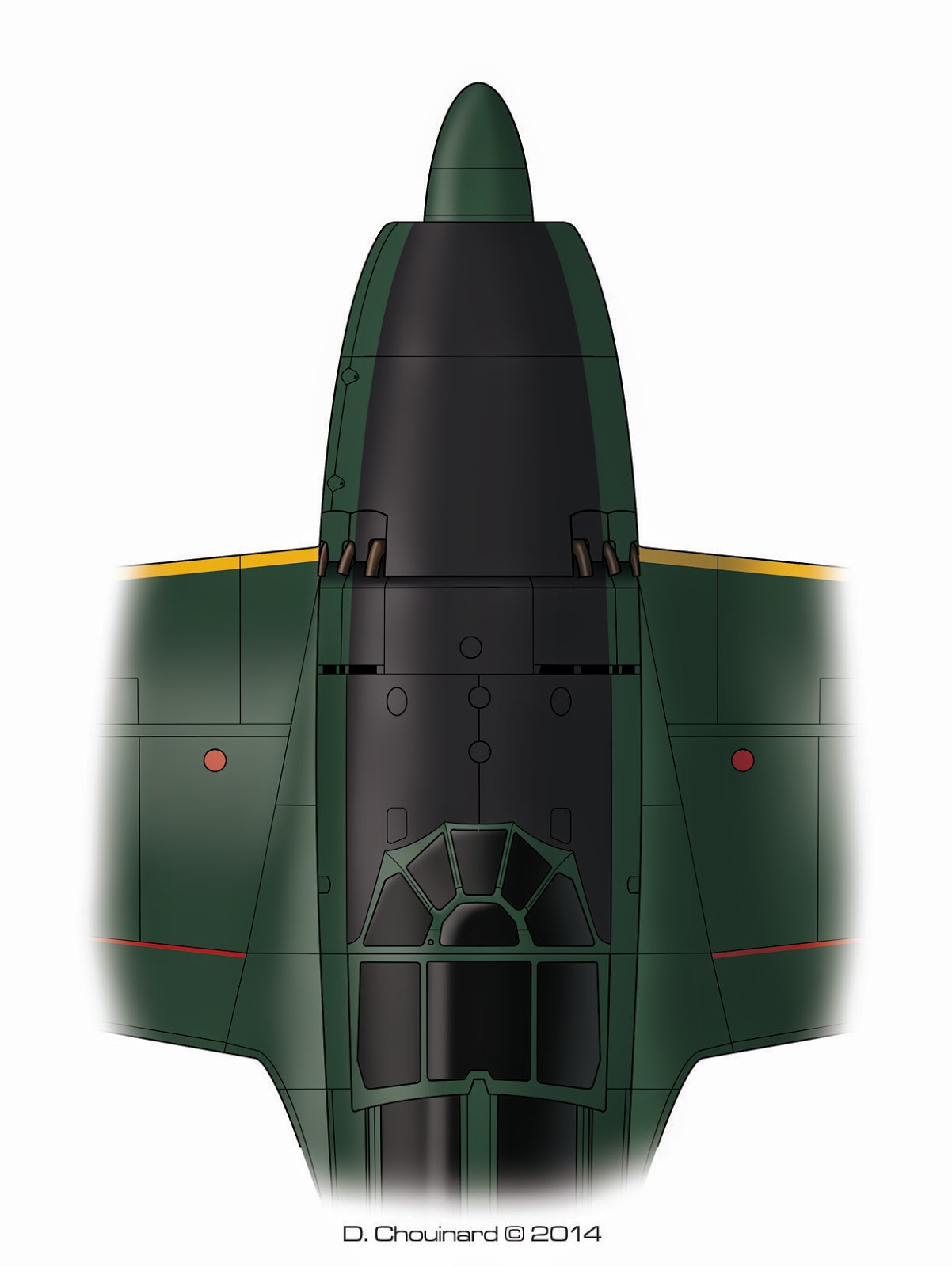 According to Akimoto-sensei the anti-glare black colour of Mitsubishi built aircraft was bluish-black towards gray while on Nakajima aircraft the cowlings were painted just black.
After a quick internet search I found the following suggestions for "Zero" cowlings:
"Mitsubishi cowls are painted blue-black while Nakajima cowls are semi-gloss black."
"Cowling inside was painted same as outside i.e. slightly bluish black (Mitsubishi) or slightly grayish black (Nakajima)."
I'm not sure if these conclusions/suggestions are based exclusively on examination of surviving "Zero" cowlings or are further corroborated by manufacturer painting instructions.
As we will see in forthcoming parts, different Japanese manufacturers painted the cowlings of their aircraft types dark. Is the examination of a number of "Zero" cowlings sufficient to draw conclusions for all the "Zeros" and for every Japanese aircraft type without corroborating official painting instructions? If the cowling colour of Mitsubishi/Nakajima "Zeros" is "known", what then is the cowling colour of the Aichi E13A "Jake" or the Aichi D3A "Val" or of the Kawanishi E7K "Alf", not to mention IJAAF types?
In our latest publication on the Yokosuka K5Y "Willow", we included a translation of the official painting instructions for the type and the cowling is painted first with two hands of brown primer and then one hand of black (kuro). No "bluish" or "grayish" black.
Other respected Japanese aviation historians mention that the black was usually a combination of black with blue or green paint with mixed results not following a specific pattern or rule or just simply black. The important point was the paint to prevent glaring, not to follow an exact "tone" or "hue" of the paint as standard for each manufacturer. Personally I'm inclined to believe this until official painting instructions (or other official document) are shown to specifically mention that the cowlings of Mitsubishi and Nakajima aircraft should be painted a different kind of black.
One of the most commonly asked questions about the "Zero" (but curiously not any other Japanese aircraft type) is what the colour of the cowling interior was. All air-cooled engines and especially the Japanese ones leaked and spewed oil a lot with plenty of smoke and soot. As a matter of act, if the engine didn't leak and was too clean it was a sure indication there was something wrong with it. That is why the Japanese always commented on the cleanness of German aircraft when they had the chance to evaluate them.
Check the wonderful video below by Tamiya:
Especially 3:23. Now consider that although the engine of this Model 52 is an original "Sakae" the fuel, lubricants etc are all modern. Imagine how messy it was back then.
Modelers usually forget that the beautiful models they build show aircraft that have seen combat. They are very careful to show weathering and plenty of soot around the exhausts but somehow the engine is in pristine condition as if it has never been started before. Similarly they insist on trying to determine what the colour of the cowling interior was. The answer is simple: dirty. Because it's the area the ground crew were least interested to clean up or repaint.

All artwork by: D. Chouinard
In the next part we will discuss the anti-glare and cowlings of IJNAF experimental and trainer aircraft.
Posted by Arawasi

I have often wondered about the "blue-black" and "gray-black" debate. Like anything else in war time conditions, you used what you had, and if you had to mix a little blue in your black paint to extend the supply, you did it. Sometime pigments break down differently depending on the manufacturer of the paint. (Slightly different pigments or binders used.)
The color of 70 year old aircraft, built and used under wartime conditions, will always involve a bit of educated guesswork, especially of records are somewhat spotty.

And yes, radial engines sling oil EVERYWHERE! They don't stay "clean" for long, I can tell you from personal experience. And if they don't leak, the you likely have no oil left in the engine.
The interior of most radial engine cowlings I have seen, if painted, are chipped, dinged, and dirty in short order. If natural metal, just plain DIRTY!

Oh, great help for modellers
Thank you George. This is a very good going on step by step to explain japanese a/c painting rules.
To refer shortly to your text, it is very often, that japanese a/c after surrender are taken as painting guide. Hands off, be very carefully, since many a/c shown on photos were already deserted by months. This missleads to too much weathering. The same thing we have even with german
a/c too.
Anyway, great help. Continue.
Sincerely
Bernhard

I agree with Bernhard about the weathering, although I have seen photos of operational IJAAF planes that look very scruffy. Not to mention the G3M in the post below!
Mostly though, it was the exception rather than the rule. Conditions varied, as did use.
I have seen some models that are very over-weathered, too much really.

Thank you guys for your comments.
Weathering will be the subject of the next Model Commentary after this one on the anti-glare and cowlings.